The Halifax Regional Municipality facilitates the creation and acquisition of quality public art and ensures that professional artists are involved in its creation. The Halifax region has over 250 public art projects and installations.

The following projects are the most recent public art projects that have been commissioned by the municipal government. 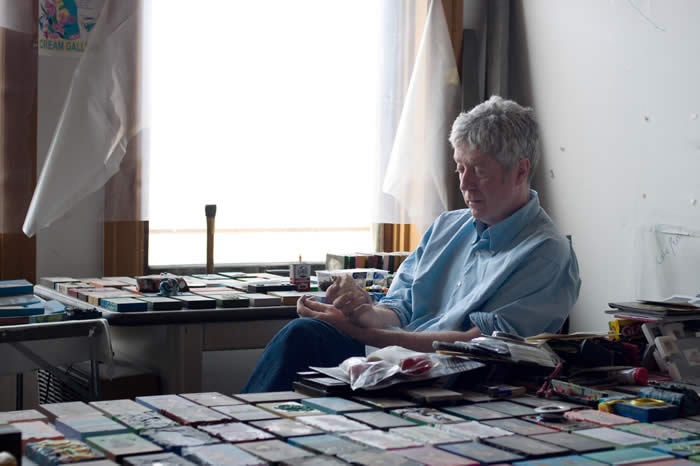 Artist Cliff Eyland at work in his studio

Winnipeg-based Cliff Eyland’s proposal was selected from a pool of submissions from artists from around the world as the public art installation for the opening of the new Halifax Central Library in December 2014. Eyland’s project involved the creation of 5,000 paintings specific to the building, the local community, and the people who use the library. Each painting measures 3”x 5”, mimicking the size of a traditional library index card. Collectively—and from a distance—the paintings operate as a loose, abstract formal pattern of colours and shapes. Individually—and up close—each painting embodies a particular piece of the overall Library narrative, which has been developed in collaboration with library staff and community stakeholders.

Mr. Eyland was born and raised in Halifax and the Central Library project reflects his familiarity both with the particular history and communities of Halifax. His 30-year artistic career, which began as a student of the Nova Scotia College of Art and Design, has been concerned with a contemplation of the connections between libraries and artistic production.

Travellers (Rain, Summer Bus, Summer, Trolley, Night Terminus, Dog Bus, Shopper) was created by local artist Sara Hartland-Rowe. The artist developed these paintings based on her everyday observations of people using public transit. Her sketchbooks full of drawings eventually provided the basis for seven laser-cut aluminum panels with buses and the terminal as the backdrop.

These paintings reflect the experience of transit, the physical aspect of place and travel, and the mental space of transit users who pass through the Bridge Terminal every day. Riding the bus can be sociable or mindful, contemplative or relaxing, and this artwork is intended to complement and engage these different experiences.

This artwork was shortlisted for the 2016 Lieutenant Governor’s Masterworks Award.

Sara Hartland-Rowe is a Halifax-based painter. She has exhibited her work throughout Canada, the Unite States, the Netherlands, and Argentina. She has produced large-scale wall paintings for the Art Gallery of Nova Scotia, the Windsor Art Gallery, Museum London, the Durham Art Gallery, the Koffler Gallery and Harbourfront Gallery. 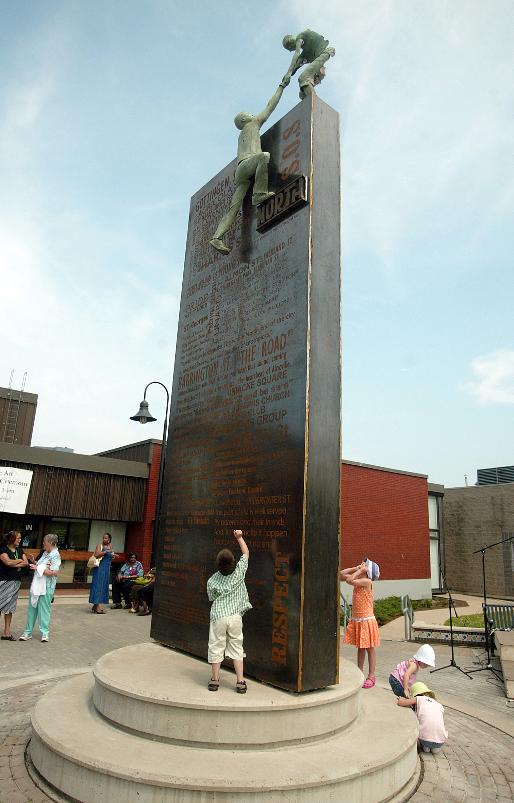 2017 marks the 10th anniversary of the installation of the sculpture North is Freedom in Halifax. Commissioned in 2006 as an initiative to provide a public art compliment to the redesign of the North Branch Memorial Library’s entry plaza, the corten steel sculpture is inscribed with an original poem by noted poet, author, and playwright George Elliott Clarke. The monolith also features two young figures (a third stands atop the library itself), ascending the face of the sculpture. The figures were cast by the artists with the willing participation of several local youth. 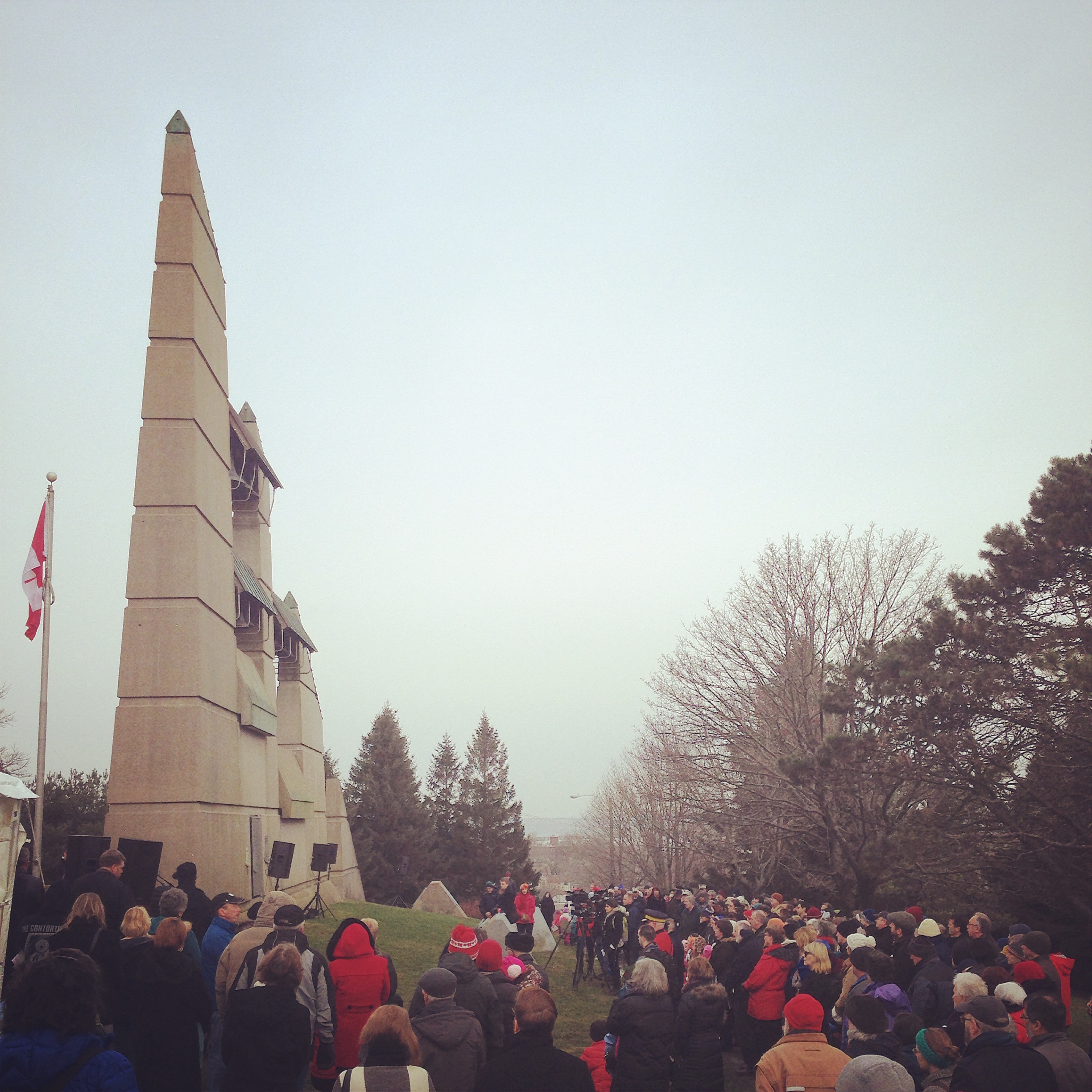 The Halifax Explosion took place on December 6, 1917, and the 2017 ceremony at Fort Needham will mark the 100th anniversary of the event. The Memorial Bell Tower overlooks the area devastated by the explosion and commemorates those who were killed or suffered injury, and those who lost homes and family when the munitions ship Mont Blanc blew up in Halifax Harbour. It also honours the survivors, who rebuilt the cities of Halifax and Dartmouth in the years that followed.

The ten original bells hanging in the tower were initially donated to the United Memorial Church on nearby Kaye Street by Barbara Orr, who lost her entire family in the explosion. The bells eventually had to be removed from the Kaye Street Church owing to structural problems, and were accommodated in the design of the Explosion Memorial Tower, completed in 1985.