Counterfeit US $50 – pictures of suspects

The Financial Crime Unit of the Integrated Criminal Investigation Division is asking the public’s assistance to identify several suspects in a recent rash of counterfeit American bills in our area.

Since September 10, there have been at least 25 reported cases where someone paid for a purchase with counterfeit American $50 bills. Businesses all over the region were targeted and several thousand dollars worth of counterfeit bills were used. Investigators are working on these incidents, which they believe are connected.

Investigators are releasing three pictures of individuals suspected of paying for merchandise with counterfeit bills. The details of each incident are listed below:

Anyone with information about these suspects is asked to call police at 902-490-5016. The Financial Crime Unit reminds business owners of the importance of taking a close look at all cash before accepting it as tender. Police should be contacted at 902-490-5020 immediately if store keepers come into possession of a bill they believe is counterfeit, or if someone attempts to use a bill that appears counterfeit. Visit http://www.bankofcanada.ca/banknotes/counterfeit-prevention/ (Canadian currency) and http://www.secretservice.gov/know_your_money.shtml (American currency) for more information about bank note security features and how to prevent fraud. 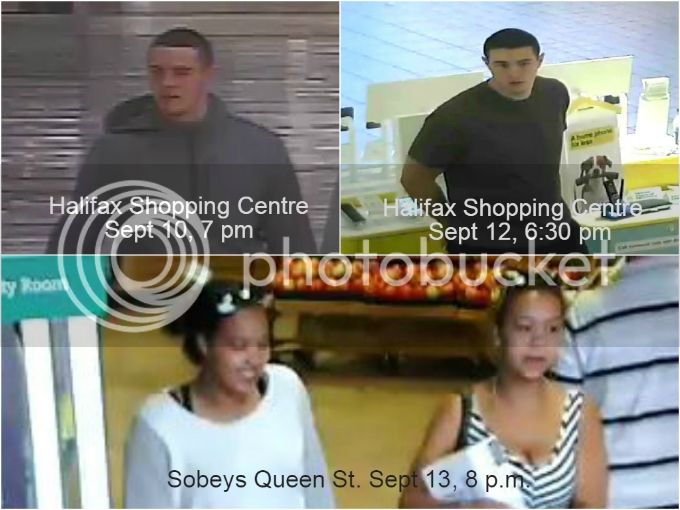