Some of the recruits come to HRP as graduates of the Atlantic Police Academy in Summerside, PEI while some were previously serving with other police agencies.

“We welcome these officers as employees of both Halifax Regional Police and Halifax Regional Municipality,” said Chief Jean-Michel Blais. “We’re confident that they will serve our community to the best of their ability with the best approaches, ideas and considerations possible.” 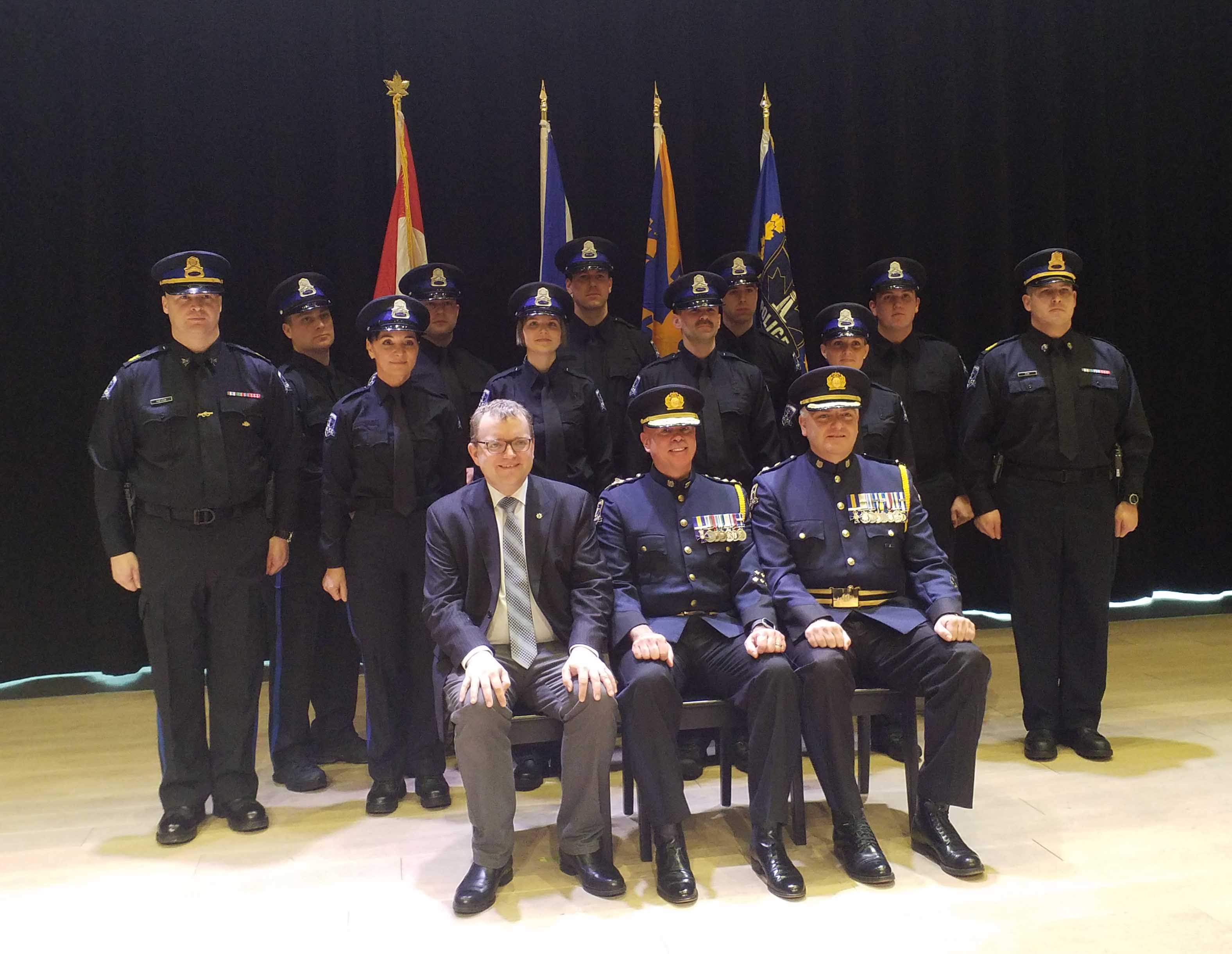 Note: Attached is a picture of our newly-minted officers from this afternoon’s ceremony.