The Halifax Regional Municipality has launched its third municipal public WiFi location today at various locations on the Halifax Waterfront.

During this initial phase of deployment, it is expected that users may experience some connectivity interruption. WiFi service at all locations will continue to be assessed and service will be optimized over the coming weeks.

The Municipal Public WiFi initiative, approved by Regional Council in February 2017, builds on a foundation for delivering the next generation of municipal services – aimed at increasing economic activity and providing both residents and visitors with greater opportunities by helping close the digital divide.

Municipal Public WiFi is a managed service, meaning it is provided entirely by an external service provider, not municipal staff.

In addition to the Halifax Waterfront, the service is available in areas at the Dartmouth Waterfront and Grand Parade at City Hall.

Later this summer, various indoor locations will also join the HfxPublicWiFi network to help provide a consistent user experience across the municipality. These include:

The below maps indicate where Municipal Public WiFi (HfxPublicWiFi) is now accessible: 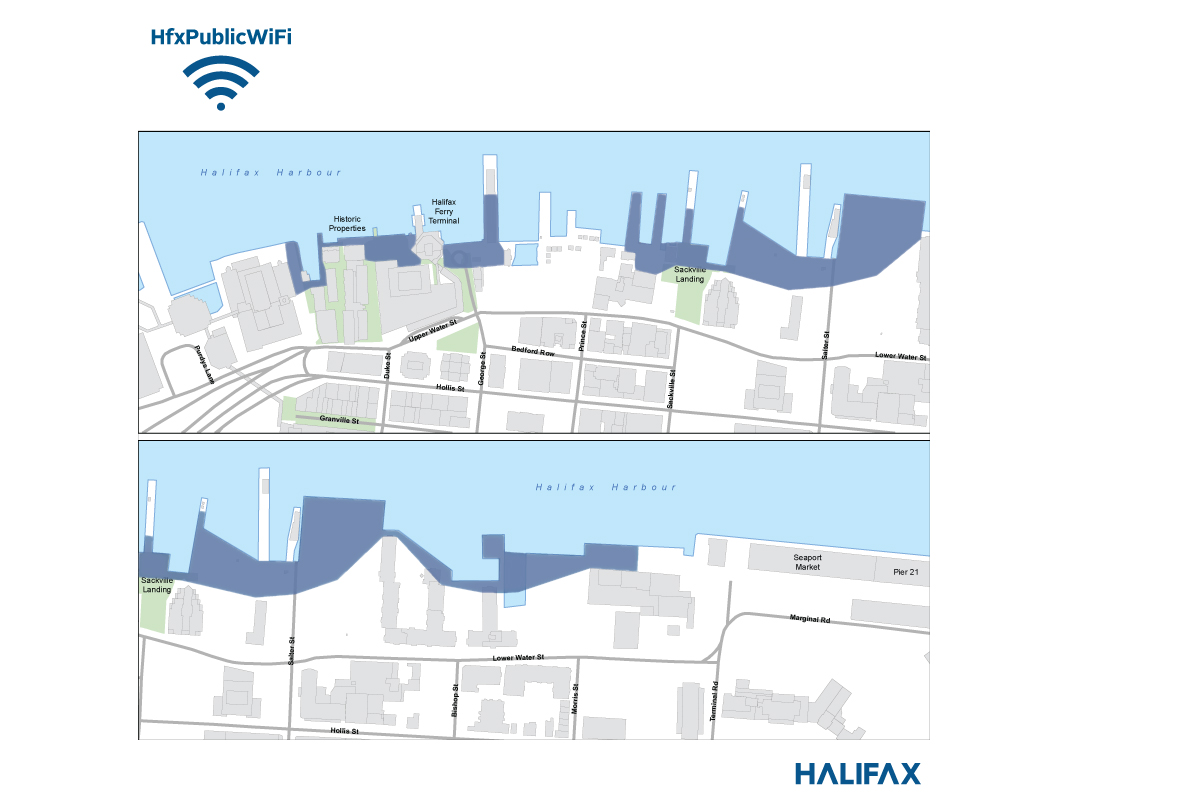 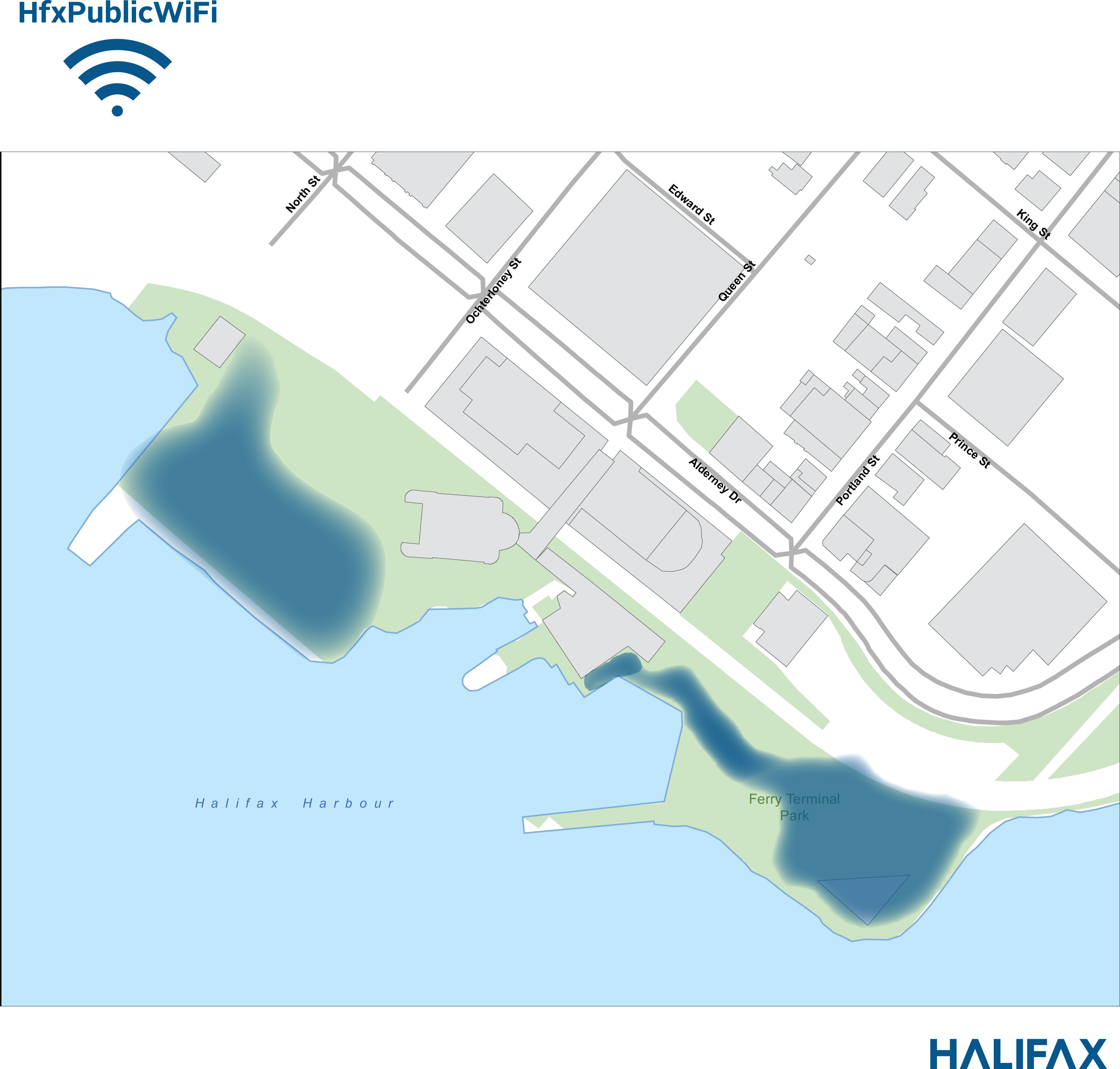 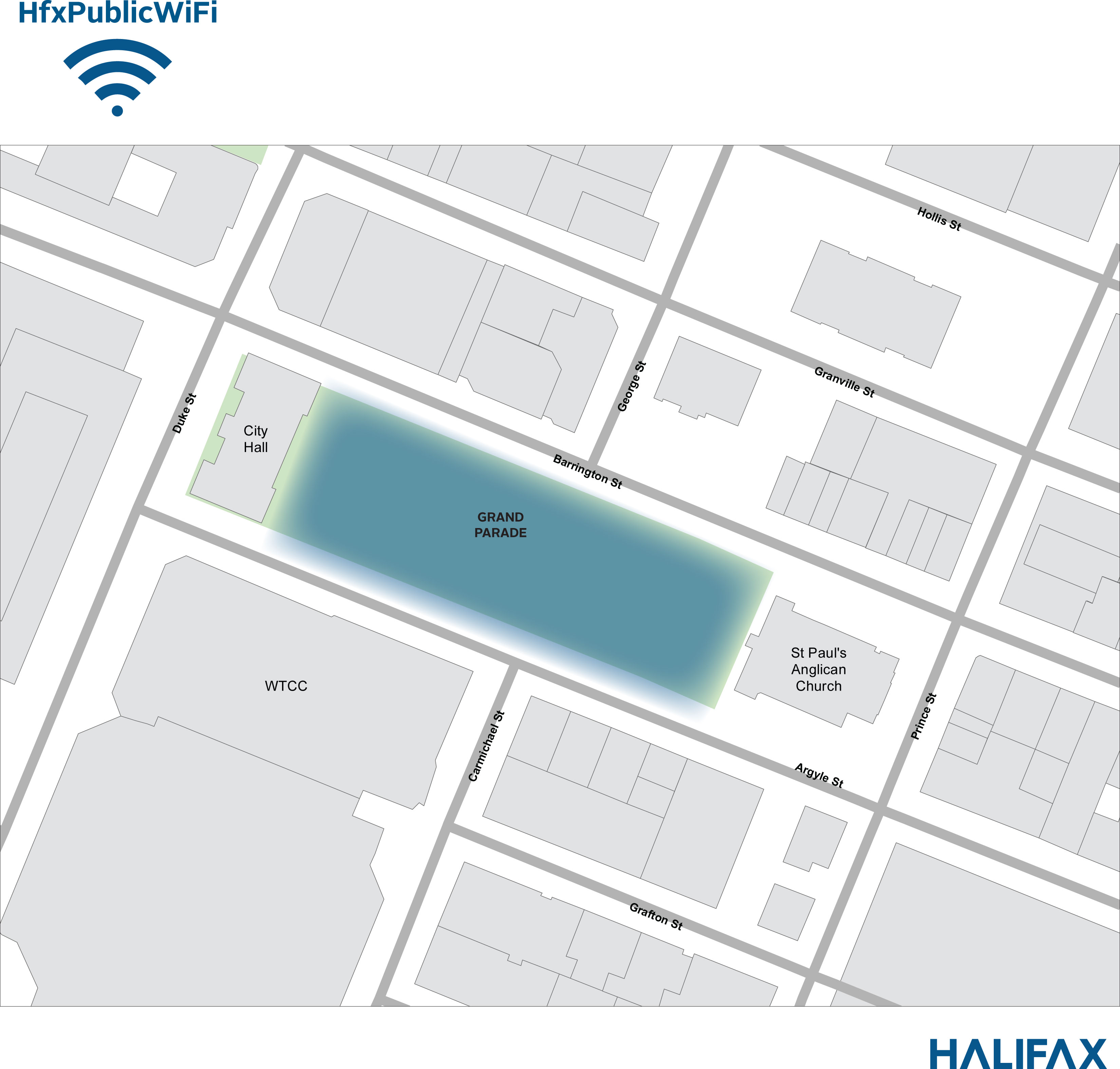 Bell Aliant is responsible for monitoring and responding to all questions and concerns regarding connectivity or access issues. Municipal Public WiFi has a 24/7/365 support desk available to all users. The toll-free number is 1-844-376-WIFI (or 1-844-376-9434).