The Halifax Regional Police Mounted Unit consists of two horses and two officers. They work together year-round to patrol neighbourhoods and areas across the municipality and assist with calls for service. They also act as ambassadors for Halifax Regional Police, attending community events throughout the year.

Duty Sergeant (Sarge) is calm and friendly guy who thoroughly enjoys his duties as unofficial greeter at the stable. He stands 16 hands 1 inches high, weighs about 1600 lbs. and has a dark coat with a white blaze on this face and four white socks. He became a member of the Halifax Regional Police Mounted Unit in July 2006.

Valour (Val) is a percheron/thoroughbred mix. He's a very calm and inquisitive boy who likes to problem solve. He stands 17 hands 2 inches high, weighs about 1300 lbs and has a dark bay (brown) coat. He became a member of the Halifax Regional Police Mounted Unit in July 2015.

Csts. Ryan Morash and David Gallivan work alongside Sarge and Val in the Mounted Unit. 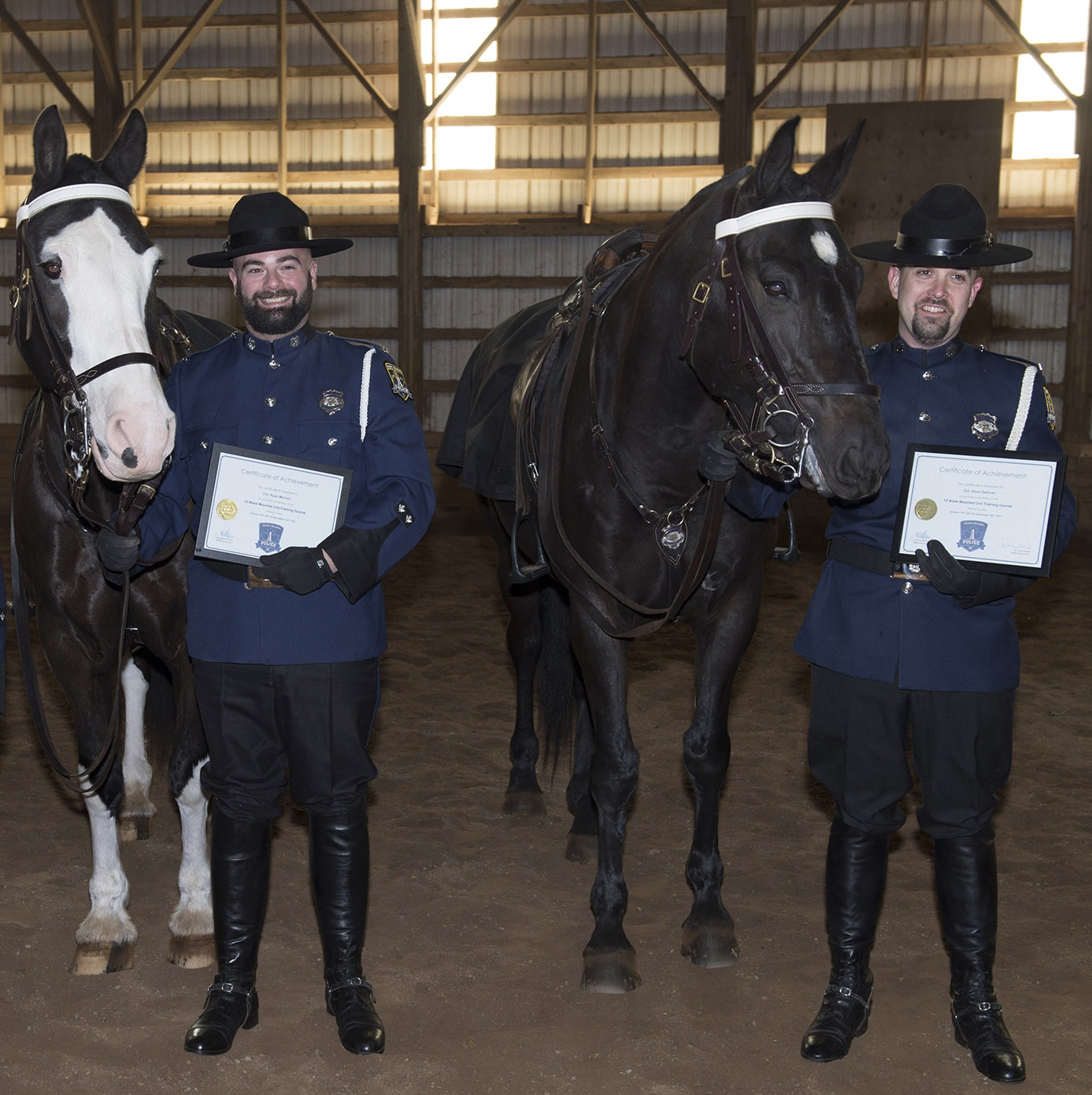 Where can I see the police horses?

The best way to see the Halifax Regional Police horses is to attend the community events they participate in. The events change from year to year, but you can always see the horses at the St. Patrick’s Day Parade, Natal Day Parade, Holiday Parade of Lights and the Spryfield Santa Claus Parade.  The Mounted Unit patrols neighbourhoods and areas across the municipality too so, you may catch a surprise sighting any time of the year.

Halifax Police established a mounted unit in 1869, but it was abolished soon after. In 1903, the Chief of Police considered a new mounted unit, but decided against it in favour or hiring more men.

The Dartmouth Police established its mounted unit in 1925.