In 2020, work began to install two bells dating back to the mid-1800s to early 1900s in the Halifax City Hall bell tower. The newly rehabilitated bells — one or both quite possibly an original City Hall bell — will replace the electronic bell sound system that City Hall has had installed since 1995. These historic bells will sound the same as they did over a hundred years ago, and might sound differently than the electronic bells that played a recording of Westminster Abbey.

The installation work will be completed in two phases — phase one, involving preparation work, was completed in August 2020. Phase two, the installation of the bells, was scheduled to be completed by the end of 2020, however, is on hold due to logistical challenges related to COVID-19. The project timeline will be reevaluated in the spring of 2021.

The bells at City Hall have a long and interesting history. City Hall has had two clocks since 1904 and acquired its first bell sometime within the 1880s to the 1890s. It is not clear specifically when the bell was first installed, but the first clock was installed in roughly 1904.

It is believed that the clock and bell were both damaged during the 1917 Halifax Explosion, however, it is unclear as to when they were both removed. The clock was already not a great timekeeper, and there were records of repairs, but it is unclear whether this was related to damage caused by the explosion. Based on archival images, it is thought that the bells were removed within one to two decades following the explosion.

From then on, City Hall did not have a clock or bell, with very few records indicating whether they would be brought back. Throughout the 1980s, City Hall underwent significant renovations. As part of the Advisory Committee on City Hall Renovations Report submitted to Council in 1983, it was recommended that the clock and bell tower mechanisms be rehabilitated and restored.

“The Foundation installed chimes in the City Hall tower to mark the 1995 G-7 Summit in Halifax. In 1999, it placed two clock faces in the tower, one permanently fixed at the exact moment, 9:04:35, of the Halifax Explosion.”

In roughly 2007, two large bells were moved from City Field and a Public Gardens outbuilding by Mills Heavy Hauling. The bells were relocated on pallets to the Fairview Cemetery cold-storage basement.
As outlined in the 1983 report, the consultant report from January 2016, and as part of the 2019/20 budget, the two 2007 recovered bells will be restored to City Hall in August of 2020.

Once installed, the electronic bell sound system will no longer be operational, and the newly installed bells will be the only ones chiming. The bells will be rung by an automated clock and striker system, and are programmed to chime on the quarter hour, half hour and hour.

The Reinstate Bells – Halifax City Hall tender was awarded to Black & McDonald in October of 2019.

What this means for the Halifax Regional Municipality

The two bells, either one quite possibly an original bell of City Hall, will offer historical significance and a traditional sound experience to everyone in Halifax. This will be the first time that real bells will ring at City Hall in almost 100 years. The chimes will sound differently from the electronic bell sound system in operation since 1995.

The City Hall building, located in Grand Parade Square in downtown Halifax, was constructed between 1887 and 1890. Halifax City Hall, with a seven-storey bell tower, was designated a national historic site of Canada in 1984. Further research on the history of the building is available online.

In 2017, the municipality honoured the 100th anniversary of the Halifax Explosion, which included an extensive revitalization to Fort Needham Memorial Park. The memorial park was established in the 1950s as part of the rebuilding of the neighbourhood devastated in the 1917 explosion. The project included extensive landscaping, and the addition of memorial and interpretive elements to better present the Explosion story to residents and visitors, and park upgrades to prepare the site for the anniversary event. As part of this work, the Halifax Explosion anniversary advisory committee began discussions once again on the status of the bells in City Hall. While priority was given to completing the park ahead of the anniversary, staff began planning for the return of the bells to City Hall. 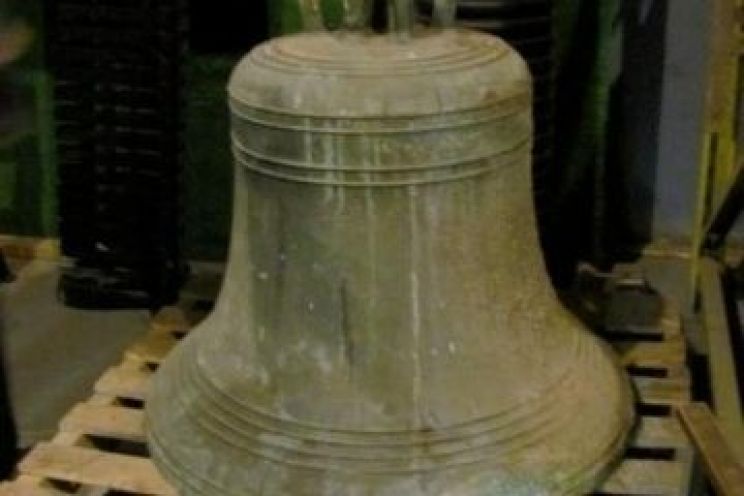 1. The largest City Hall bell in storage at the Fairview Cemetery in 2016. 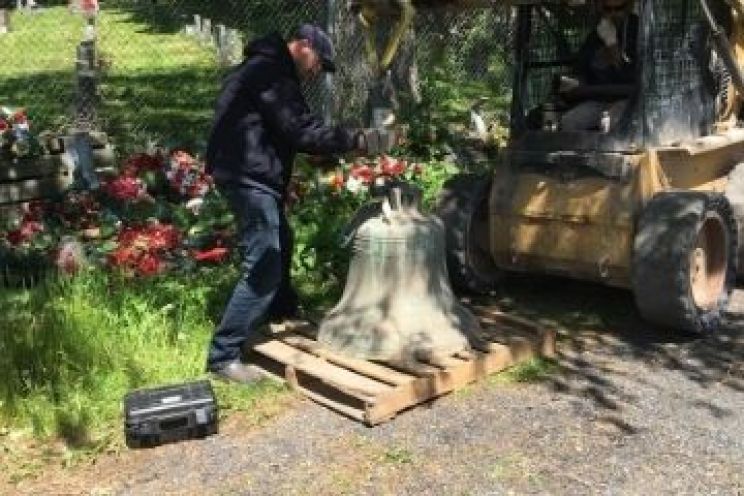 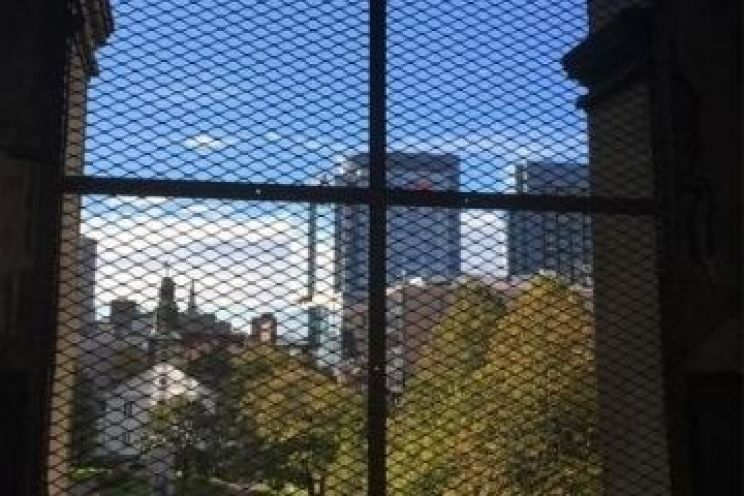 3. A view from inside of the City Hall bell tower overlooking Parade Square. 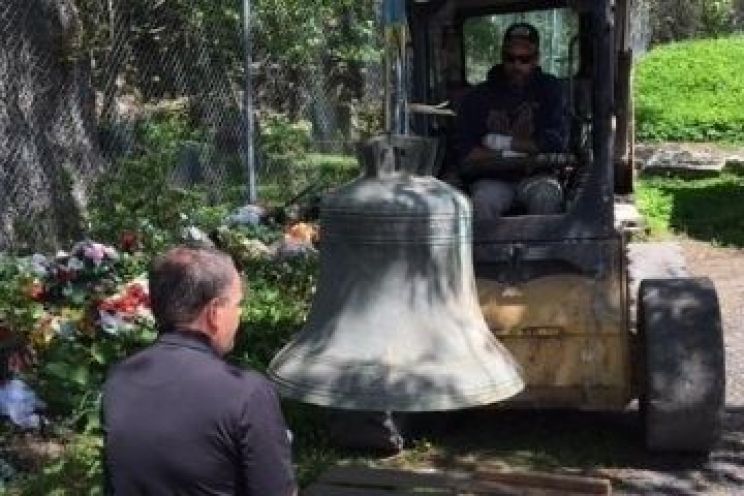 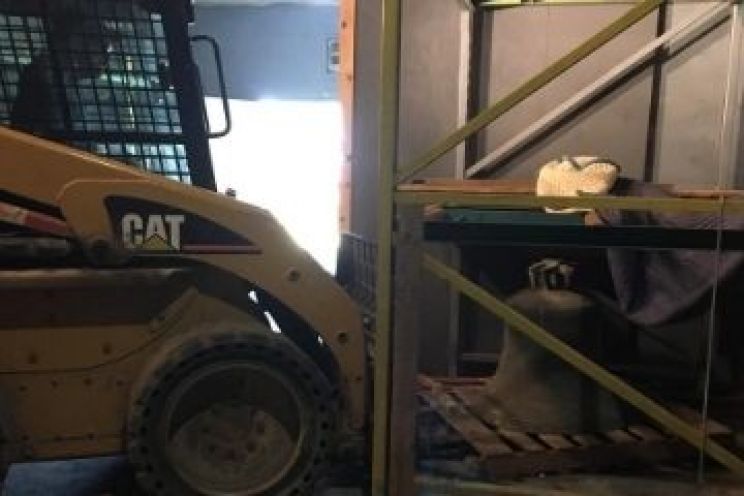 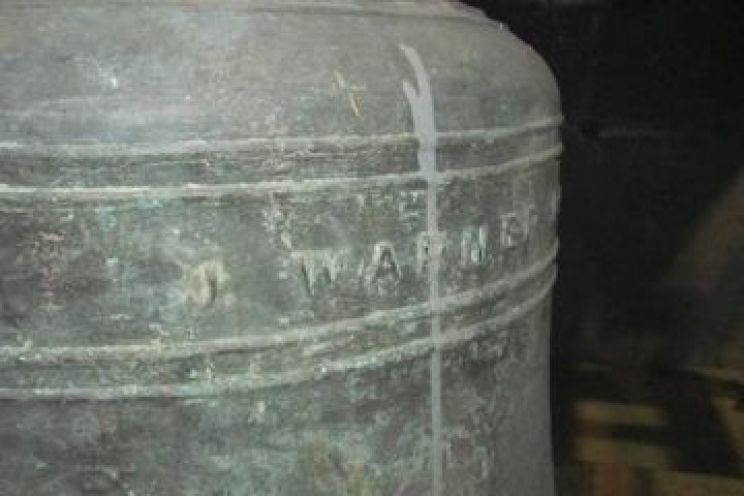 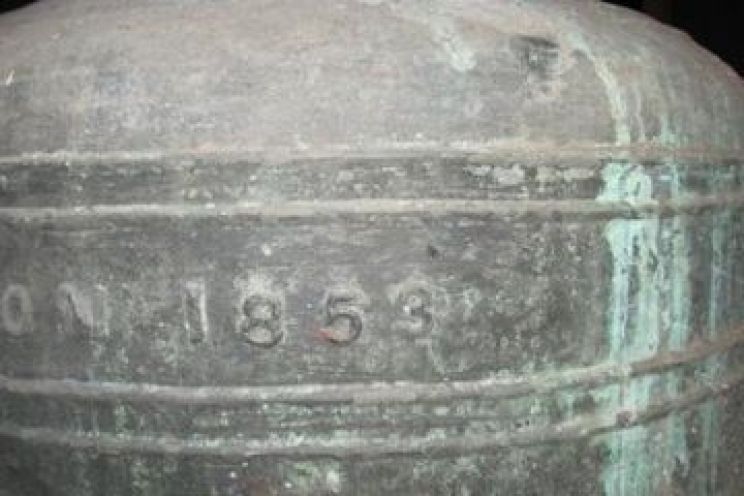 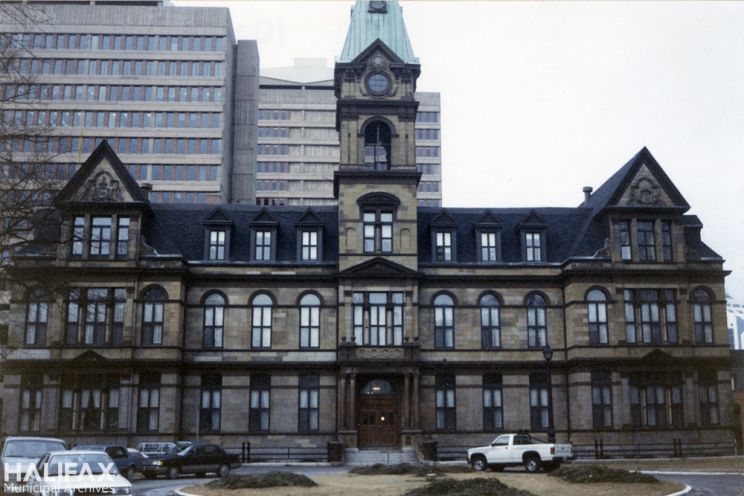 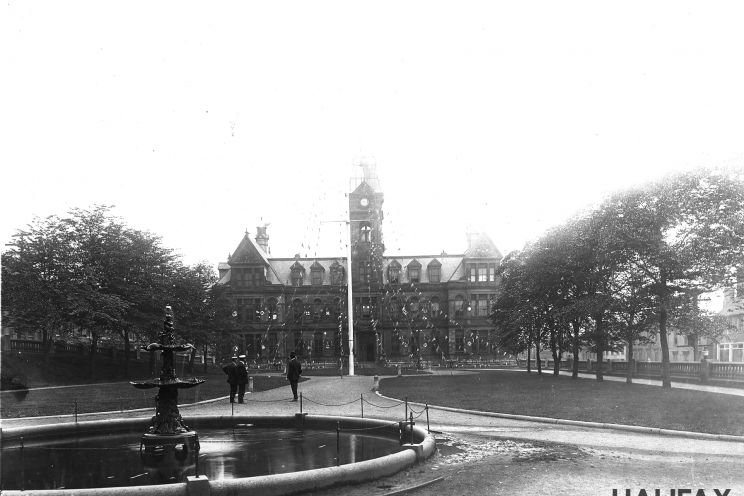 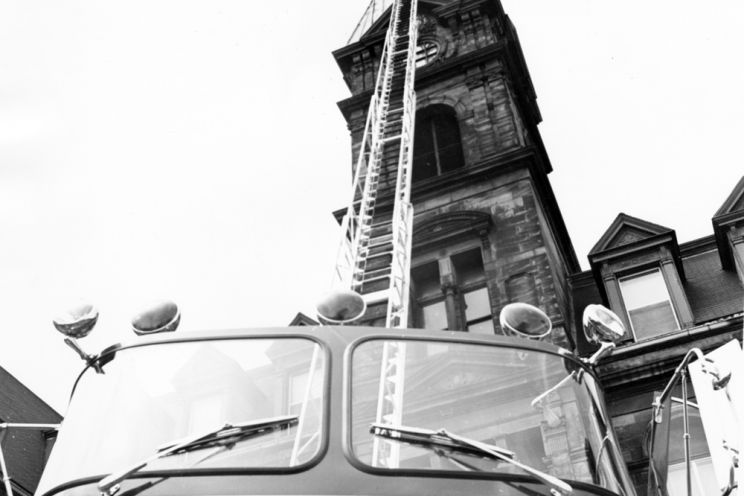 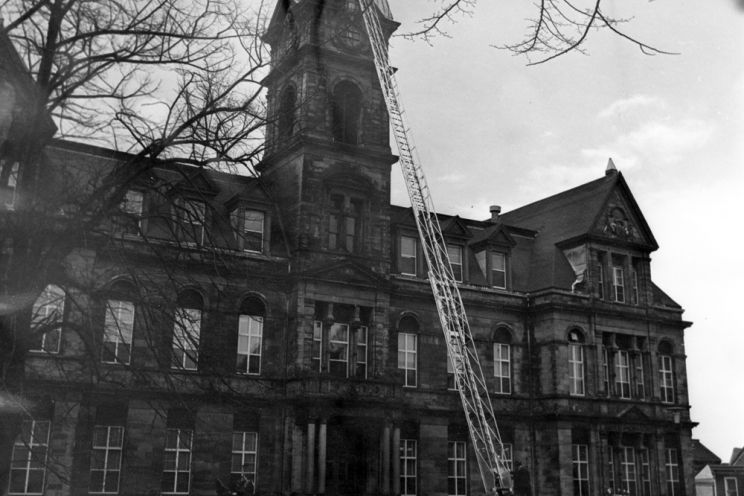 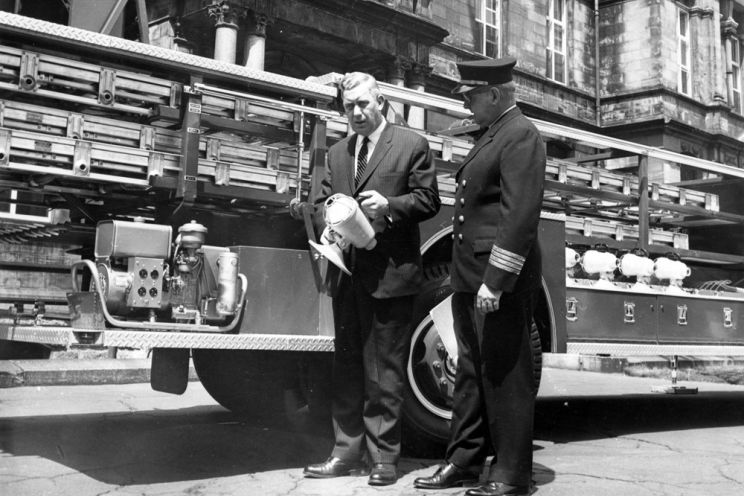 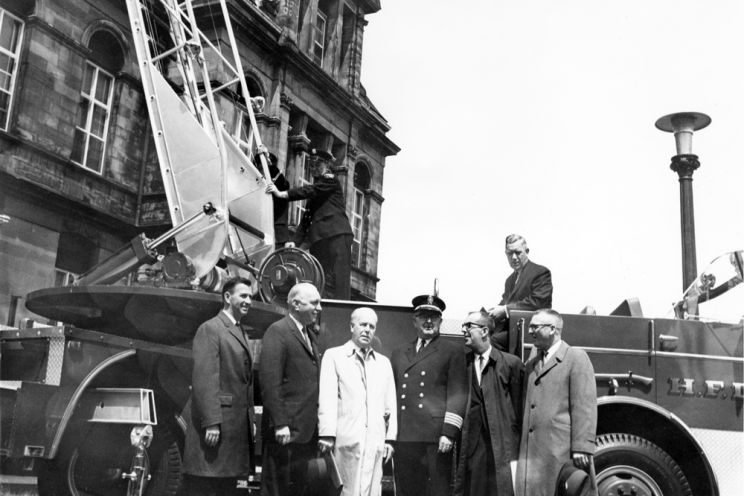 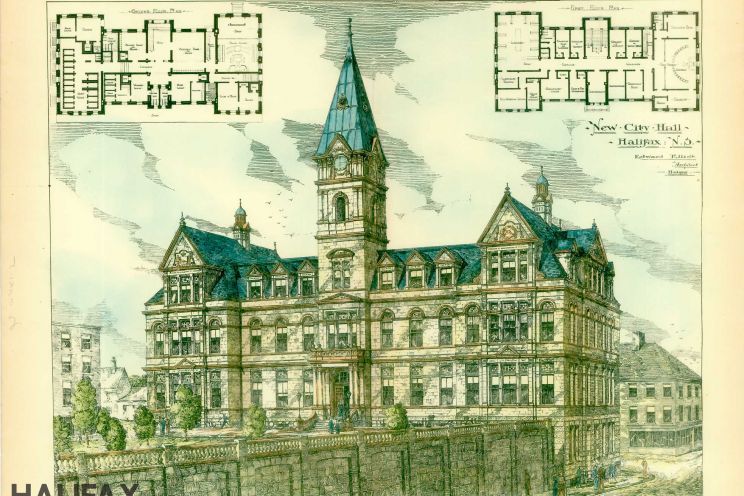 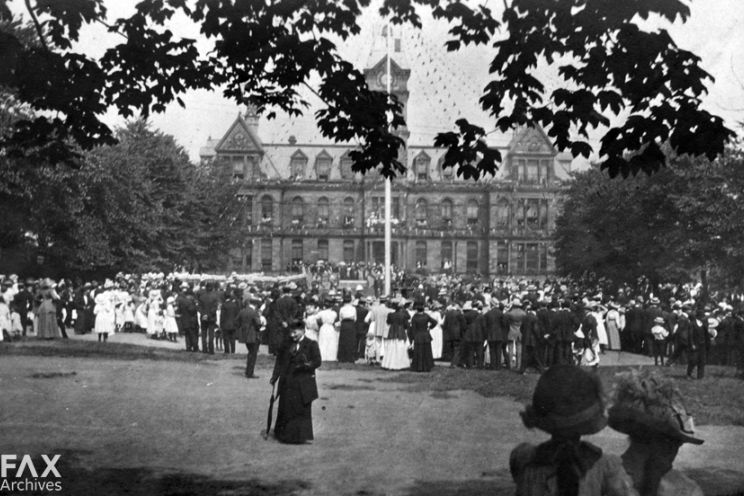 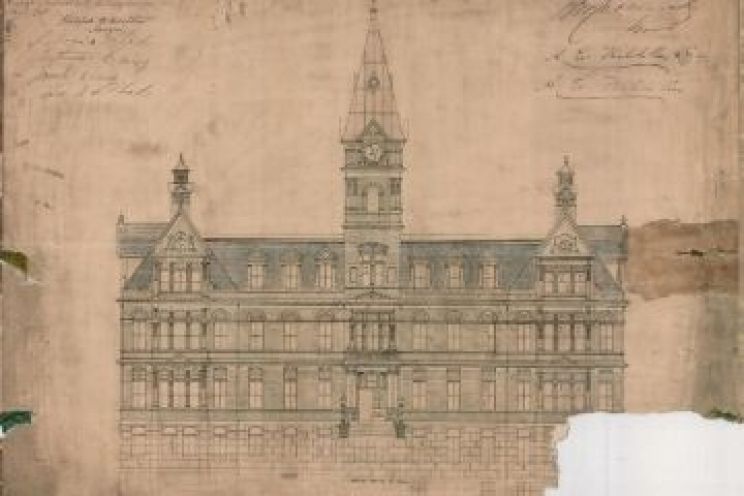 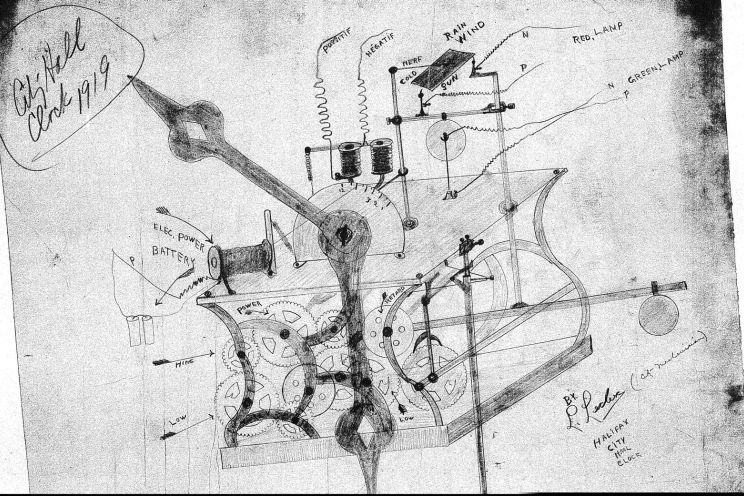