Making a difference in our region

Highlighted below are a few recent decisions by Regional Council that reflect steps being taken by the municipality to make a difference in the Halifax region. For more details regarding all matters deliberated by Council and the direction given to municipal staff, please see the action summaries which are posted to the online meeting agendas within one business day as well as the meeting minutes which are posted online once approved by Regional Council. 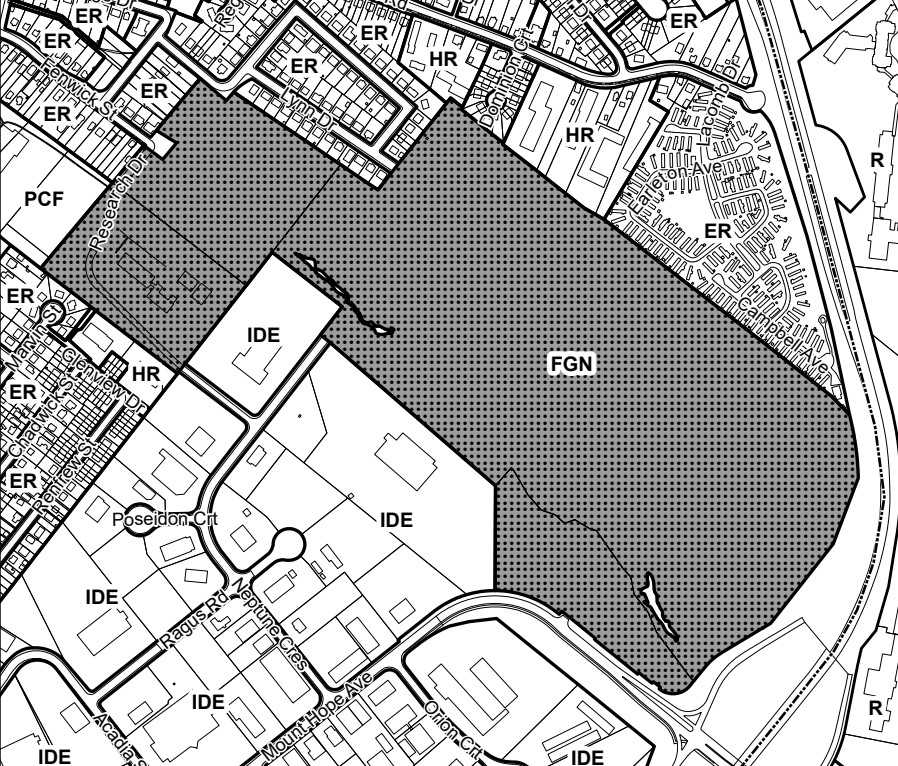 Regional Council has directed municipal staff to initiate a master planning process for the Southdale Future Growth Node in Dartmouth.

The Centre Plan designates ten large sides as Future Growth Nodes, that offer opportunities for mix-use redevelopment in the coming years. These ten sites are areas that have the potential to accommodate significant growth due to their size, location, and proximity to services.

The property owner’s proposal includes the provision of “attainable housing”. This market-based approach includes building compact units on smaller lots with the objective of lowering the cost of housing, making them attainable to a wider range of households compared to larger buildings and lots. The submission also includes trails, including around the wetland area, in addition to dedicated park space for the required parkland contribution.

The concept proposal is contained in the staff report.

A parallel master planning process and development agreement will be initiated, which will enable the
process to proceed in an efficient manner. A two-phased community engagement strategy process will also be initiated, which includes a combination of virtual meetings/open houses, and in-person meetings. The proposed program also includes direct mail-outs, online tools, stakeholder outreach, and a project website. Key stakeholders will include local residents, community organizations, stakeholders, utilities, other regulators, and property owners. 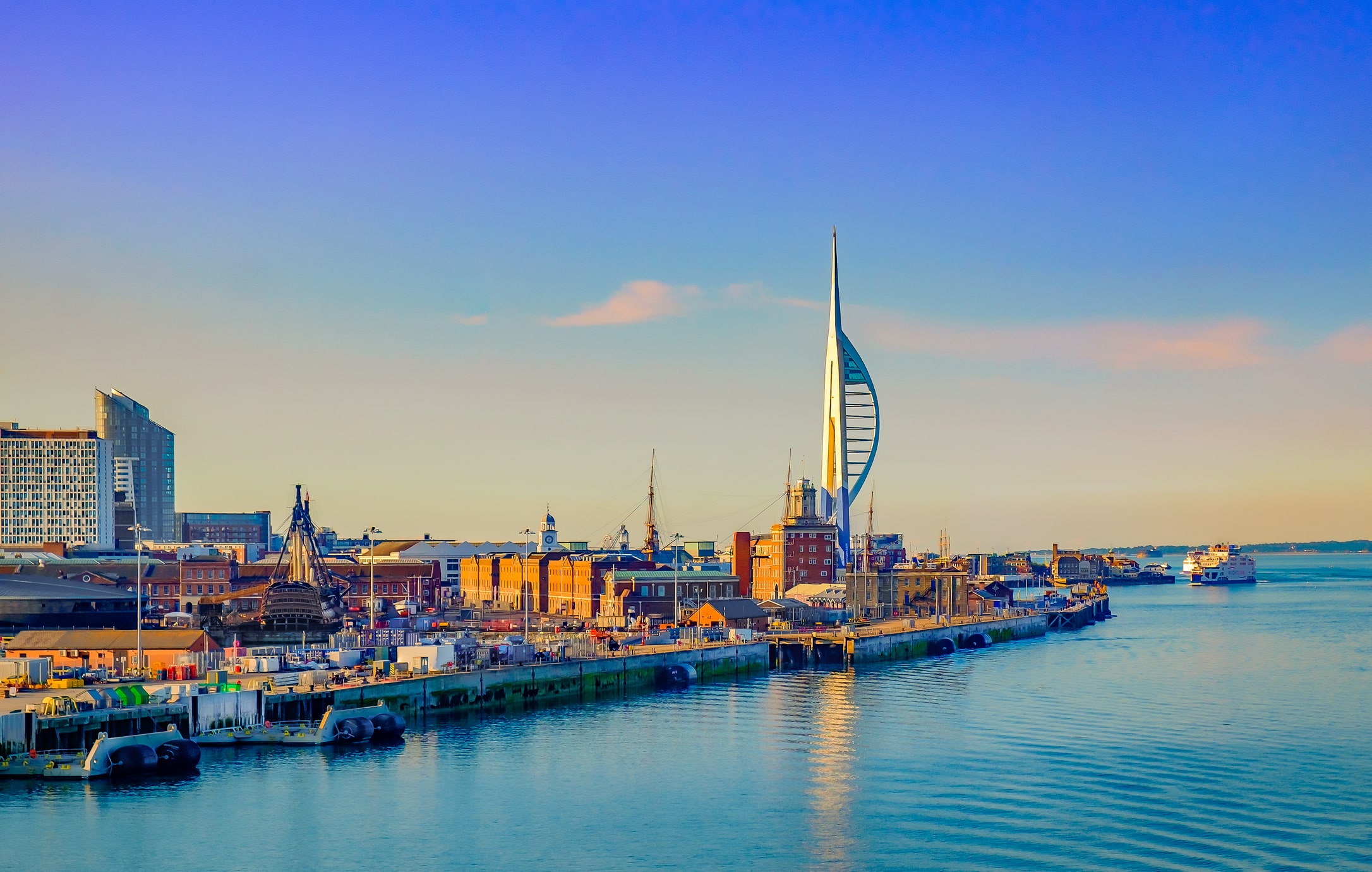 Municipality to establish an economic partnership with Portsmouth, England

Regional Council has approved the establishment of an economic partnership with Portsmouth, England.

Portsmouth is heavily involved in shipbuilding, naval defence, and transportation – sectors in which the Halifax Partnership focuses its investment attraction efforts. A complete assessment of the Economic Partnership is contained in the staff report.

The City of Portsmouth and Halifax Partnership began discussing the potential of formalizing a partnership agreement in 2020. In February 2020, the Leader of Portsmouth City Council wrote the Mayor of Halifax seeking to establish a formal partnership. In February 2021, Mayor Savage and the Leader of Portsmouth City Council hosted a virtual Trade, Investment and Education Mission in which each of the city’s Naval Base commanders, university representatives, and business leaders participated. Cross-Atlantic business and post-secondary opportunities were identified, including student exchanges between the University of Portsmouth and Halifax’s academic institutions.

On June 22, 2021, Portsmouth City Council authorized that a formal “sister city” link be established with the Halifax Regional Municipaity.

The municipality also has Historic Partnerships, which recognizes a city that was once an Economic or Friendship Partner but there has been no contact between the partner cities for a period than one year and/or when either partner city opts to end the formal agreement. The municipality currently has Historic Partnerships with Sherbrook, Quebec (1957), Colderdale, England (1987) and Freetown, Sierra Leone (1994). 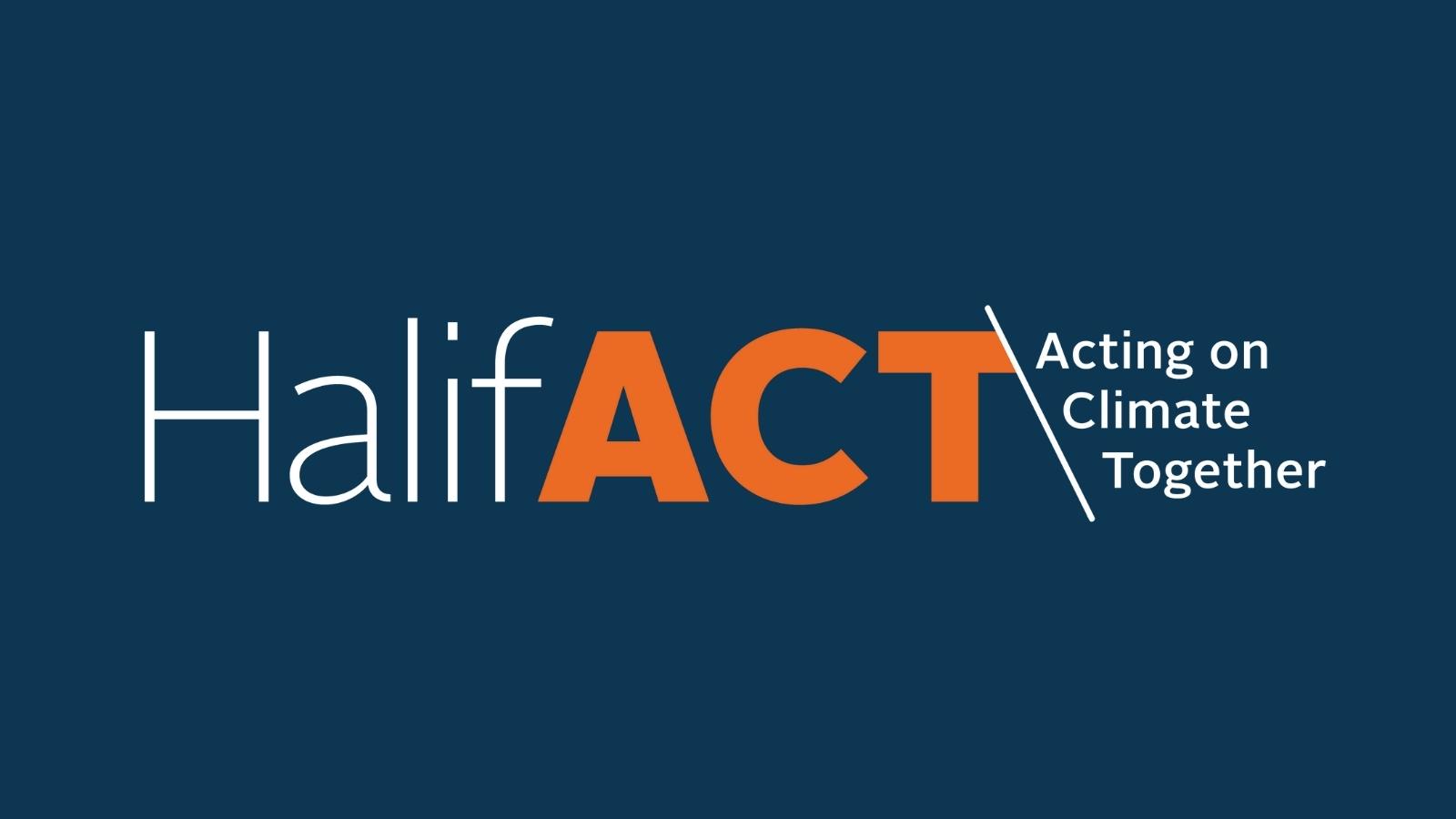 Regional Council has received the annual report for HalifACT: Acting on Climate Together. This is the municipality’s long-term climate action plan to reduce emissions and enhance resiliency to a changing climate, while also promoting social equity and economic development. HalifACT establishes a municipal target of net-zero municipal operations by 2030, a community-wide emission reduction of 75 per cent from the baseline year of 2016 by 2030, and net-zero emissions by 2050.

HalifACT was unanimously approved by Halifax Regional Council in June 2020 and contains three themes of action – Decarbonized and Resilient Infrastructure, Prepared and Connected Communities, and Governance and Leadership. Within these theme areas, there are 17 subareas and 46 actions that are necessary to meet the targets established in the plan.

A net-zero climate-resilient municipality includes a shift to electric vehicles, supported communities and infrastructure that are able to rebound better and faster from climate hazards like hurricanes, a shift to a green economy, and buildings, both built and retrofitted, that consider climate resiliency and our transition to a low carbon economy.

These initiatives will result in a net benefit through increased adaptation measures that reduce the cost of climate impacts, avoided energy costs, lower operations and maintenance costs, carbon pricing costs and increased revenues from energy generation. Every $1 of climate adaptation measures spent in preparation, saves $6 in future impact costs. Every $22 billion spent on emissions reduction measures is equivalent to $41.9 billion in avoided energy-related costs.

For more information, and to view the annual report, read the staff report. 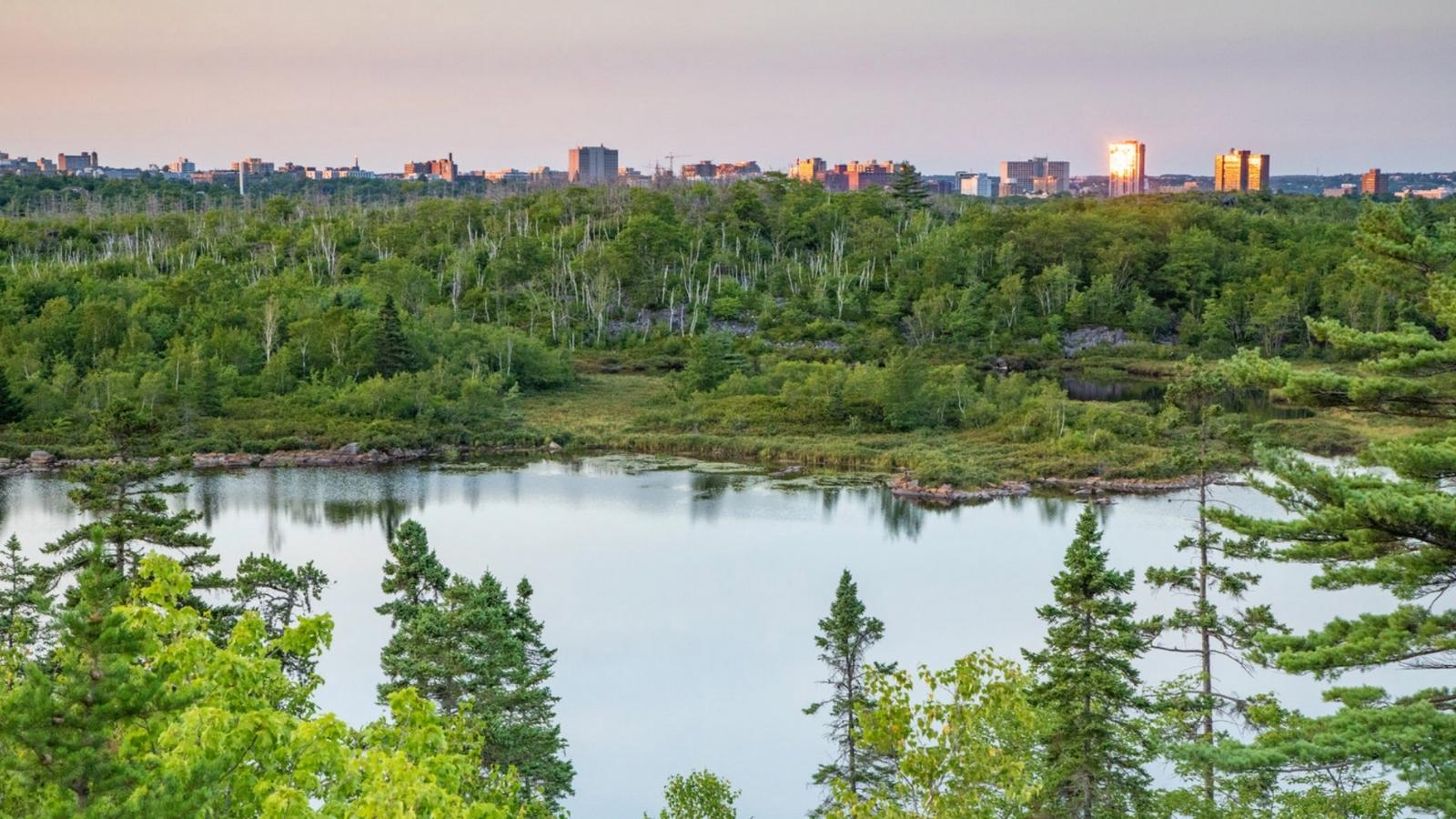 A total of 164 projects, totaling $721.2 million, are being recommended for the four-year base capital plan. These projects represent a commitment of 70% asset renewal investment and 30% service growth investment. These projects, when combined with an additional 15 strategic initiatives projects, demonstrate commitment to advance Council’s priorities – which includes integrated mobility, environment, and a prosperous economy.

In preparation of this recommendation, municipal staff reviewed projects currently in progress with an estimated continuation of work planned in 2022/23 or beyond; existing contractual obligations; and an assessment of the ongoing annual asset maintenance program accounts’ progress. Municipal staff then evaluated all proposed new projects using the capital prioritization framework to determine which ones would provide the greatest investment value to mitigate high risk, improve service quality, and progress Council’s top priorities. The highest rated projects were then reviewed to determine which had the preparedness and ability to deliver within the defined four-year term.

The 15 strategic initiatives projects will be deliberated by the Budget Committee when the Fiscal Framework is brought back for an update on January 28, 2022.

For more information, including a list of the approved projects, read the staff report. Further information on the 2022/23 Budget process, including frequently asked questions, can be found on the budget webpage. 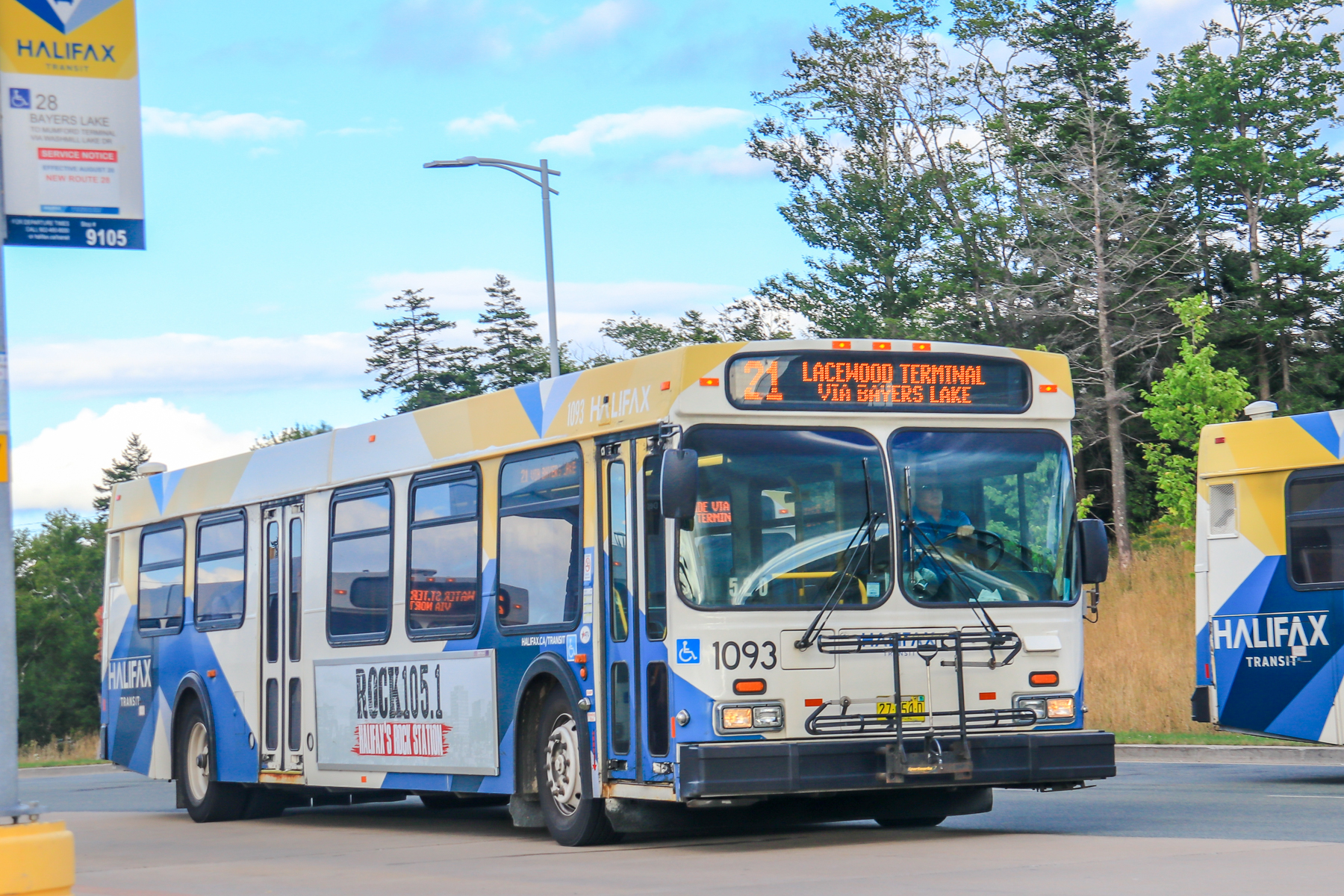 Non-profit and charitable organizations, as well as event organizers, can now access bulk transit fares following amendments to By-law U-100, User Charges By-law. This is in response to previous requests from organizations looking for bulk purchases of transit fares at a discounted rate.

For registered charities and non-profit organizations, this amendment will allow them to easily purchase single-fare sheets of 10 to distribute to clients. It fills a much-needed gap for residents who require immediate, short-term assistance and is a cost-effective mechanism to manage tight budgets and fluctuating demands for transit fares.

For event organizers, this amendment will provide the opportunity to waive transit fares for attendees who show their event tickets to and from the venue by bulk purchasing transit tickets at a discounted rate.

This action is in addition to existing Halifax Transit policies, programs, and donations, including: 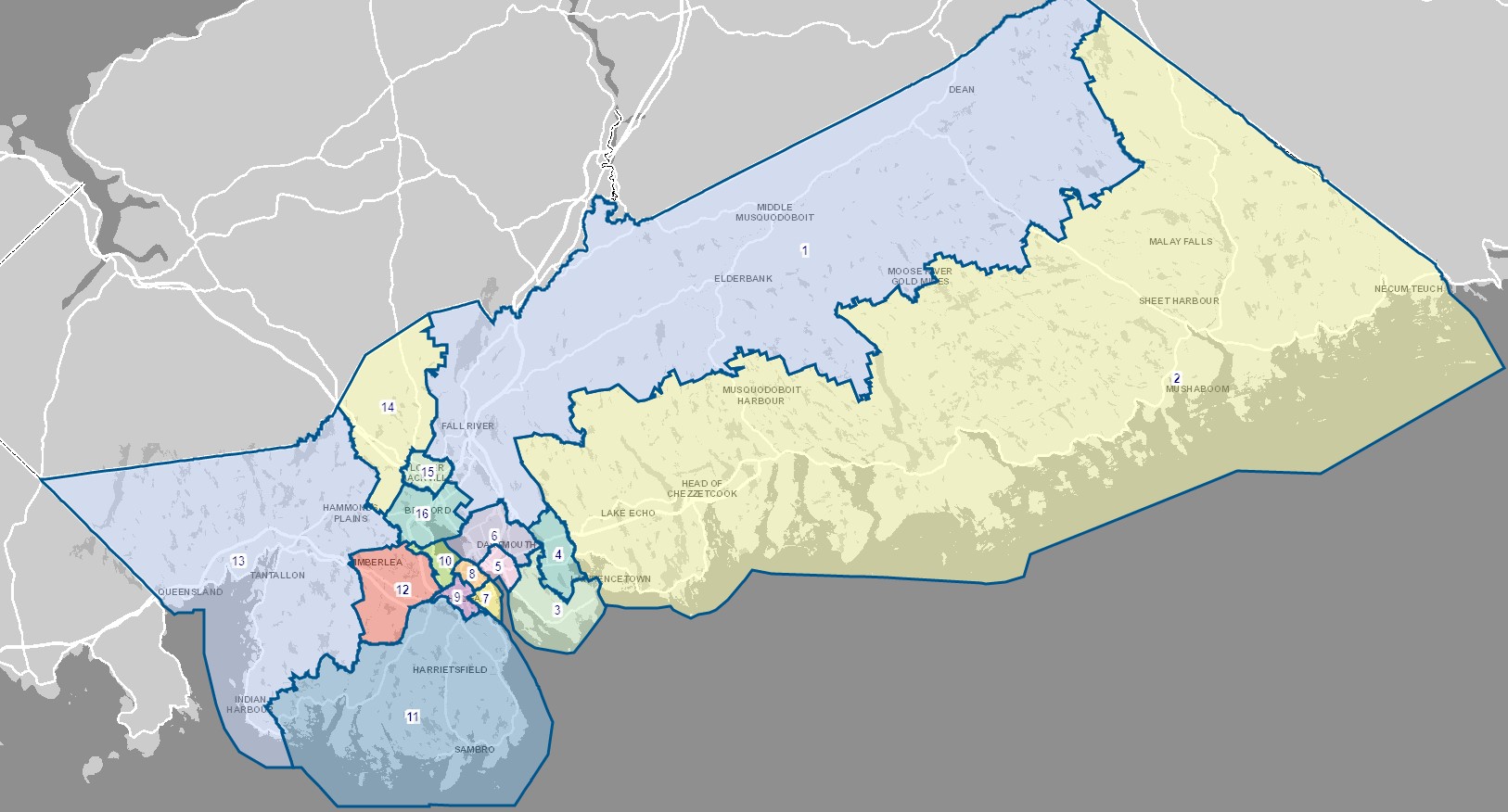 Regional Council has started the process of reviewing municipal polling district boundaries. These changes will be in effect for the 2024 Municipal Election.

The Municipal Government Act requires municipal councils to review the number of councillors and the boundaries for polling districts every eight years. The last major boundary review was undertaken in 2010-2011, prior to the 2012 Municipal Election. This included reducing the number of municipal districts from 23 to 16.

This process will consist of two phases.

Phase One will require Council to consider the desired number of polling districts in the municipality. This work will be undertaken by the Executive Standing Committee, and recommendations will be brought to Regional Council on or before May 31, 2022. This phase will include a public consultation plan.

Phase Two will consider how to draw boundaries of the districts, based on the recommendations from Phase one. The distribution of polling districts must satisfy the objectives set out in the Municipal Government Act, including the number of electors, relative parity of voting power, population density, communities of interest, and geographic size.

This work will be undertaken by a committee of citizens, supported by municipal staff. An administrative order establishing the committee will be brought to Regional Council on or before February 28, 2022 and the final report of the committee will be submitted to the Executive Standing Committee and to Regional Council no later than November 22, 2022. This phase will also include a public consultation plan. 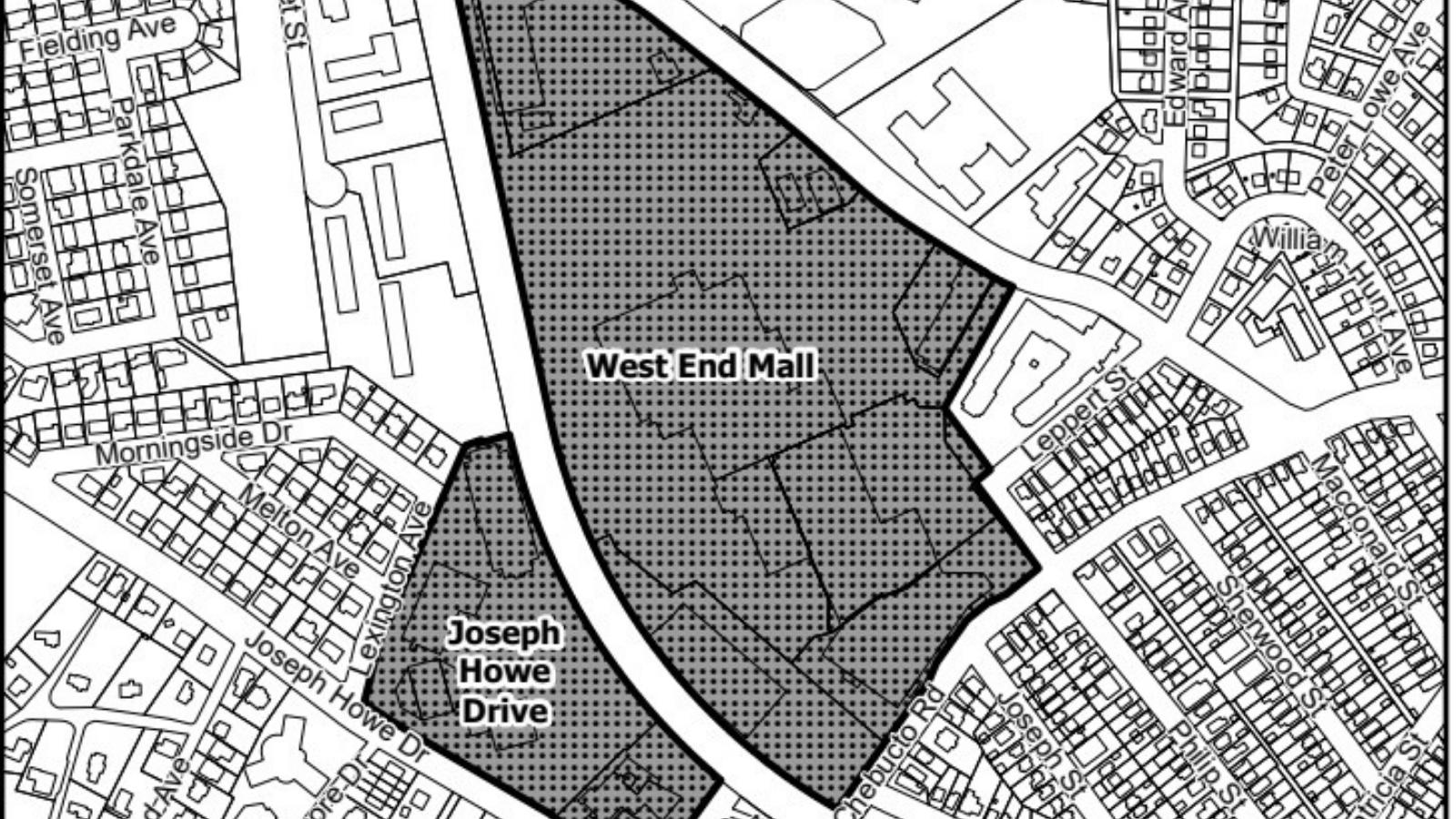 Regional Council has directed municipal staff to initiate a master planning process in response to an development application for the Future Growth Node at the West End Mall.

The Centre Plan designates ten large sides as Future Growth Nodes, that offer opportunities for mix-use redevelopment in the coming years. These ten sites are areas that have the potential to accommodate significant growth due to their size, location, and proximity to services.

The applicant is proposing a high-density redevelopment, with a mix of commercial and residential uses. The main aspects of the proposal include:

As part of the master planning process, municipal staff will work with the applicant and other landowners to develop design criteria and a master plan for the Future Growth Node. This process would include:

Once this process is complete, municipal staff will present the concept plan and design criteria to Regional Council for consideration. If Council approves the design criteria, property owners in the Future Grown Node would be eligible to apply for development agreements.

Office of the Municipal Clerk

We continue to serve the public remotely. All inquiries, correspondence, legal documents and appeals can be faxed or emailed.

If you need assistance in-person, we encourage you to contact our office for an appointment.