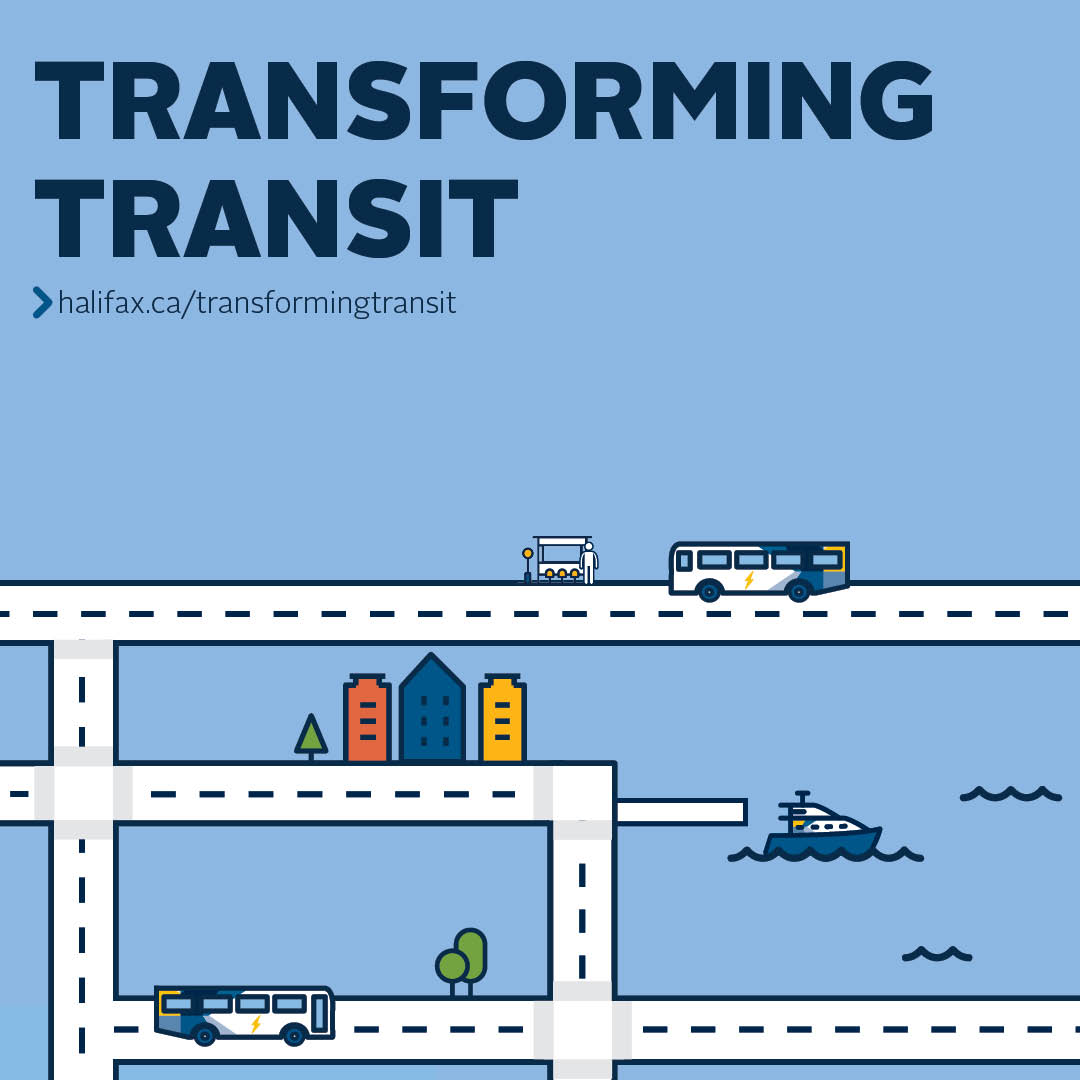 These projects align with the municipality's Integrated Mobility Plan by improving transit services. They also align with provincial and federal climate targets, help achieve the goals and actions as outlined in HalifACT, and reflect Regional Council's recognition to address climate change as a serious and urgent threat to our community - per the January 29, 2019, declaration of a climate emergency.

The municipality is now seeking provincial and federal funding to make these projects a reality.

The Rapid Transit Strategy includes a network of four BRT lines and three new ferry routes, which will promote the creation of more compact and walkable communities and increase mobility options alternative to private vehicles. 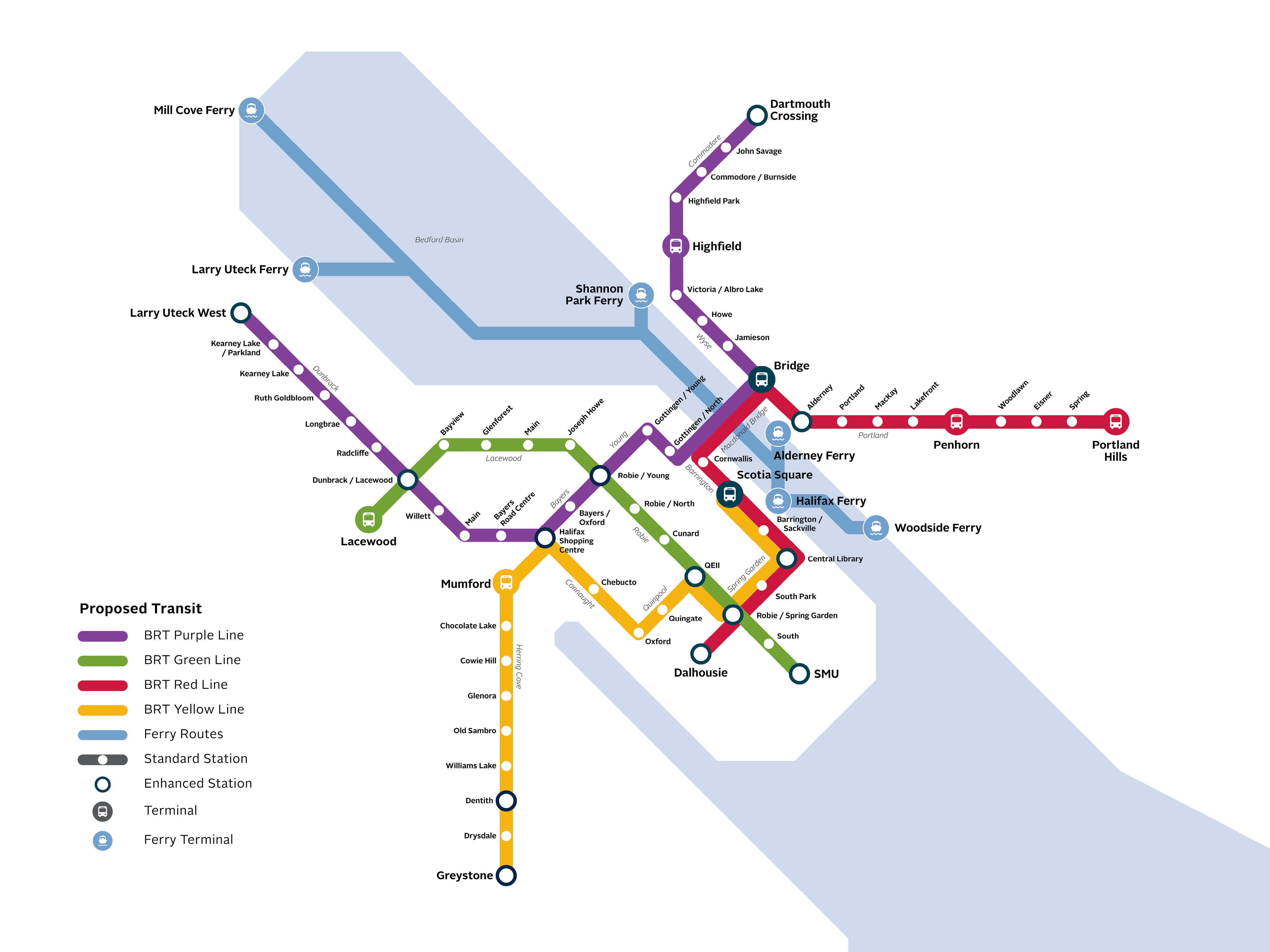 The BRT lines will operate every ten minutes and will be within walking distance of approximately 120,000 residents, helping in the creation of complete communities by orienting land use towards transit and reducing the need to invest in road expansions. In turn, complete communities contribute to improved public health from higher rates of walking, rolling, and cycling in conjunction with transit use.

The three new proposed ferry routes will provide direct connections between downtown Halifax and new terminals at Mill Cove, Larry Uteck and Shannon Park. These routes would provide reliable service with travel times to downtown Halifax likely faster than travel by private vehicle or bus. The routes are anticipated to use multi-hull catamaran vessels with a 150-passenger capacity and a single deck, capable of operating at higher speeds while minimizing wake effects. 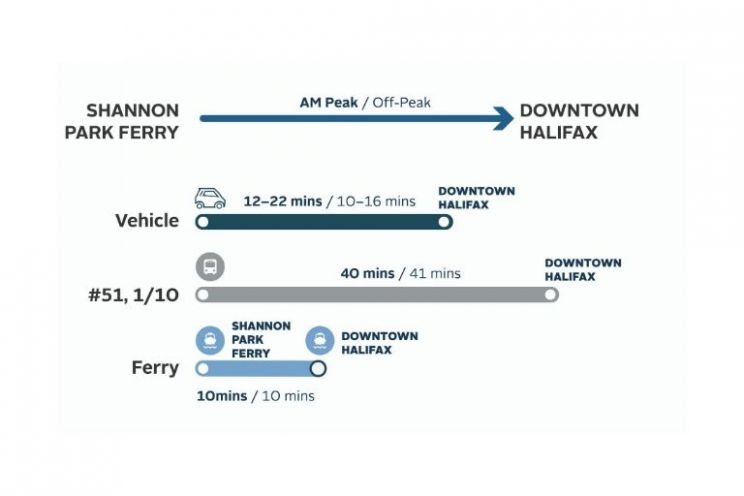 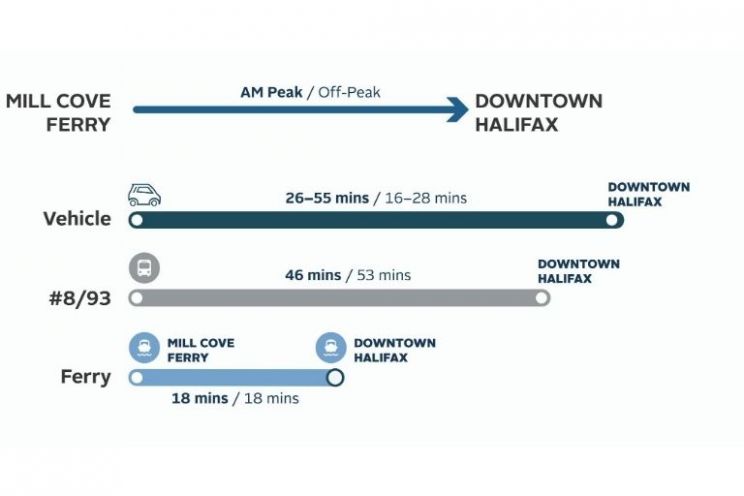 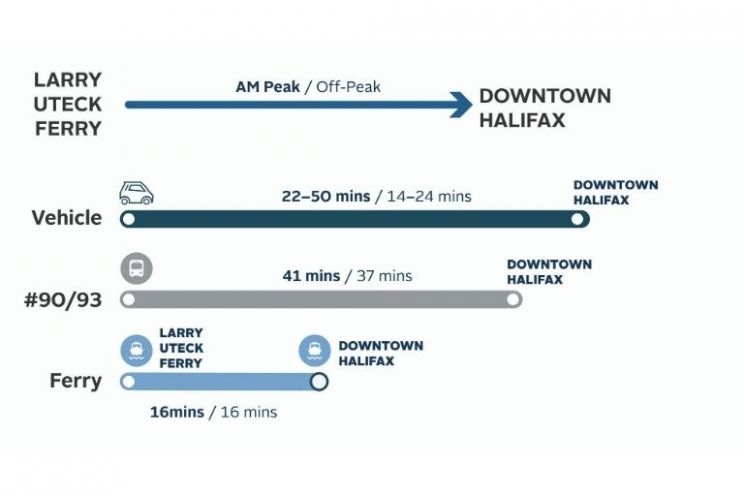 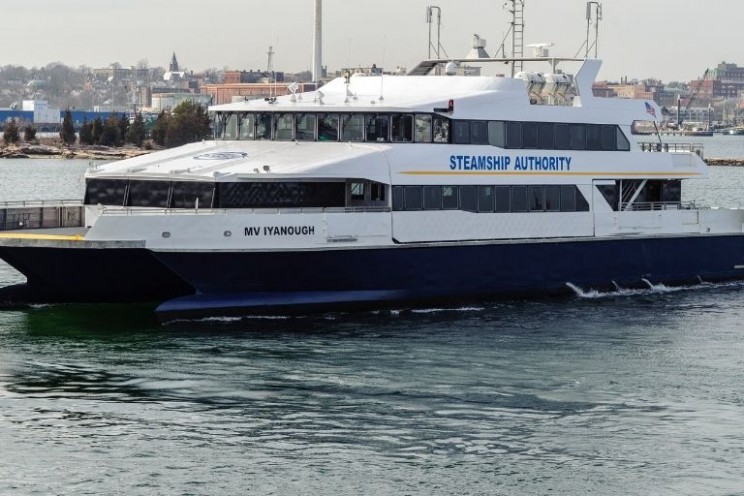 Example of a catamaran-style ferry

The Electric Bus Proposal — reducing air and noise pollution to make streets and communities safer and healthier for everyone. 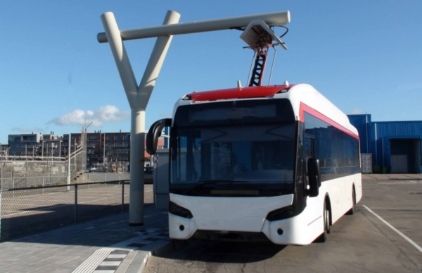 An example of an electric bus

On July 15, 2021, the governments of Canada, Nova Scotia and Halifax Regional Municipality announced a combined $112 million investment to expand the Ragged Lake Transit Centre and start the electrification of the Halifax Transit fleet.

The investment will be used to procure 60 new battery-operated electric buses and the associated charging equipment, as well as to expand the Ragged Lake Transit Centre to accommodate the new fleet.

The facility will also undergo a deep energy retrofit, including solar panels, to achieve a net-zero standard.

The Government of Canada is investing $44.8 million through the Public Transit Infrastructure Stream of the Investing in Canada Program, the Nova Scotia government is investing more than $37 million, and the municipality is contributing $29.8 million.

Construction on the facility is expected to begin in 2022 and be complete by 2023. The request for proposals for the electric buses will be issued later this summer. All buses should be delivered by 2024, with the first deliveries in 2023.

Q: When do you expect to go electric?

A: With the collaborative government funding announcement on July 15, 2021, Halifax Transit is working towards procuring 60 battery electric buses, associated charging equipment, and the starting the expansion of Ragged Lake Transit Centre within the next three years. The overall goal is a sustainable fuels strategy that is expected to result in the full elimination of diesel-powered buses in the long term. The more immediate goal is to electrify more than 200 buses (over 50 per cent of the fleet of 350 buses) by 2028 through the Electric Bus proposal.

Q: Why can’t you make all buses electric now?

A: Purchasing e-buses requires a lead time of up to two years, but more significantly, rebuilding and expanding Halifax Transit garages to support e-bus charging and maintenance (including comprehensive staff training) requires significant investment of time and funding. Halifax Transit is working towards a sustainable fuels strategy that is expected to result in the full elimination of diesel-powered buses in the long term. The more immediate goal is to electrify more than 200 buses (over 50 per cent of the fleet of 350 buses) by 2028 through the Electric Bus proposal.

Q: Why do we still need diesel buses?

A: Halifax Transit aims to electrify more than 200 buses (over 50 per cent of the fleet of 350 buses) by 2028. In the interim, new diesel buses will continue to be required to provide our riders with excellent service, while optimizing the cost to tax payers. The new buses will also allow Halifax Transit to follow Regional Council’s direction to finish implementing the Moving Forward Together Plan (MFTP), our transit network redesign. The implementation of this plan, to date, has resulted in significant ridership increases and we expect the rest of the plan implementation to be equally as successful.  We cannot complete the MFTP without buying additional diesel buses.

It’s important to note, these buses must conform to very stringent emission regulations laid out by government regulators. While they are not zero emission, the tail pipe emissions have been greatly reduced over the years as technology improves.