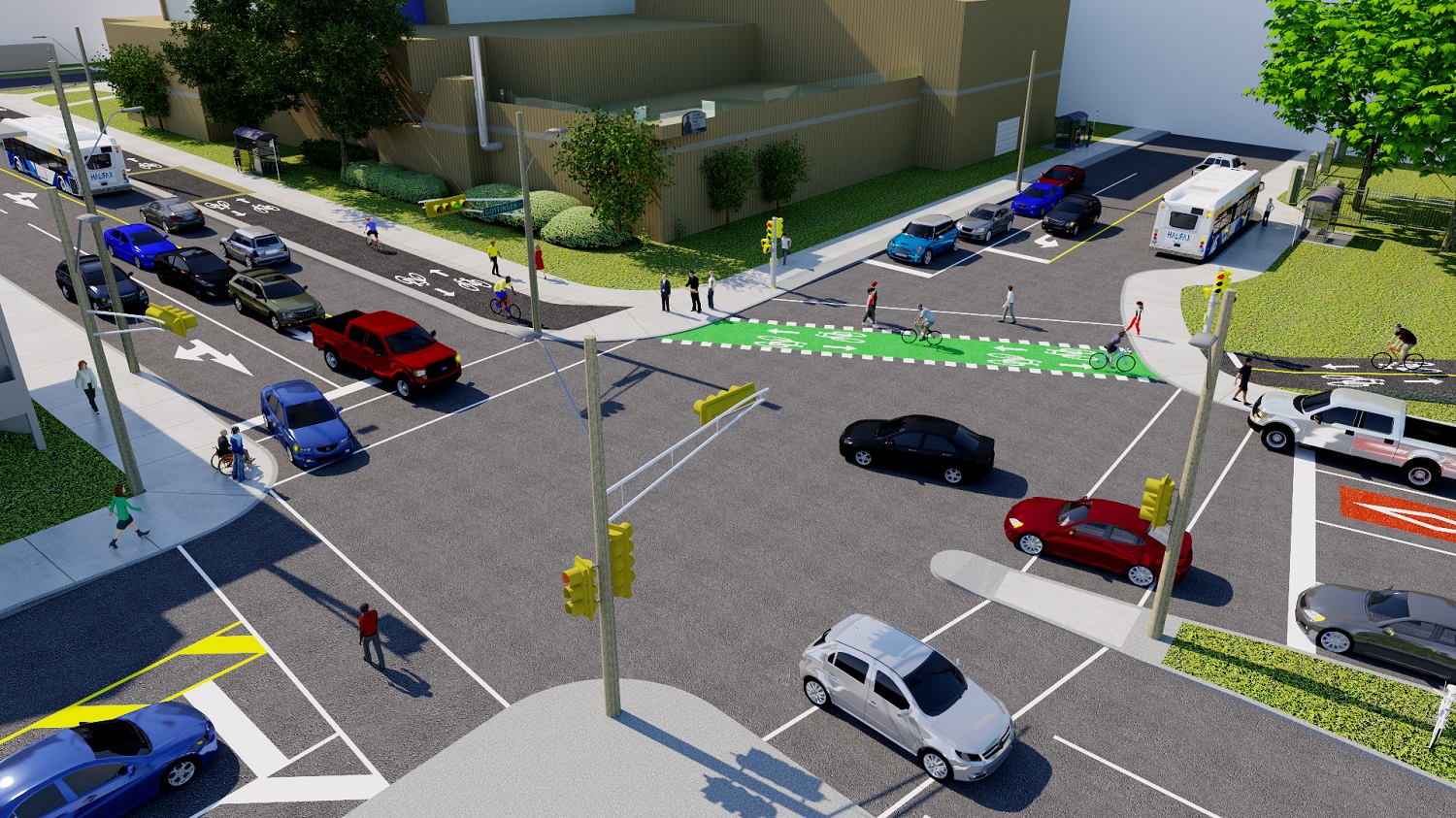 Detailed design is currently underway for bikeway connections on the Dartmouth side of the Macdonald Bridge, including AAA bicycle lanes on Wyse Road.

The Macdonald Bridge Bikeway provides a key connection for cycling between Halifax, Dartmouth, and beyond. Accessing the bikeway from either side of the harbour, however, can be challenging for many. Some of the current challenges include long, steep climbs and busy streets and intersections approaching the Macdonald Bridge.

In August 2017, Regional Council directed staff to implement changes that make it possible for people of all ages and abilities to access the Macdonald Bridge Bikeway. This project will include structures at either end of the Macdonald Bridge to make it easier for people to access the bikeway on the bridge. To get people to the bridge, 3.5 kilometers of AAA bikeways have been approved in Dartmouth and Halifax.  The full staff report can be found here.

The main components of the Bridge Bikeway Connector project include: 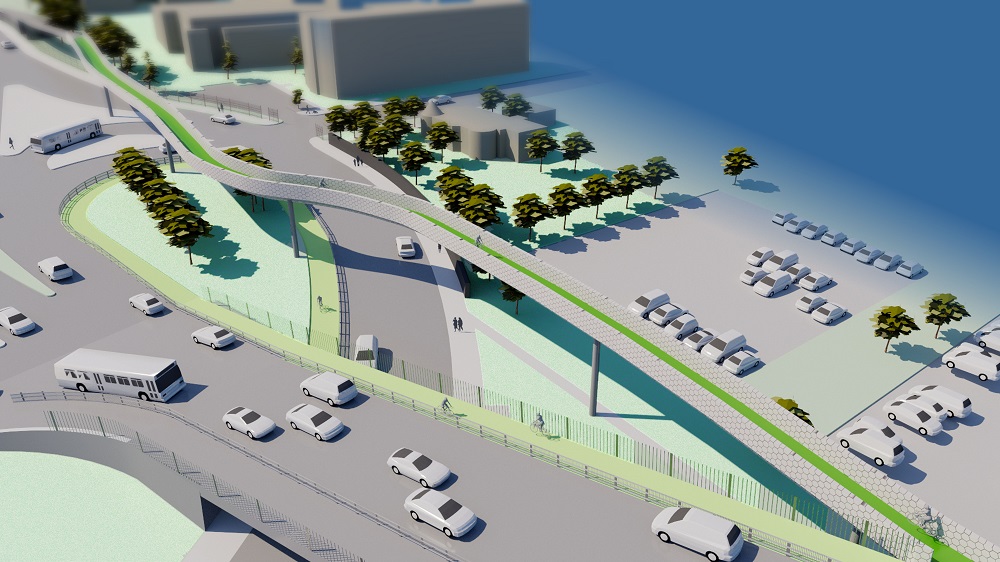 Proposed flyover ramp for connecting to the Bridge on the Halifax side.

Phase One: Changes to the Dartmouth Side
Detailed design and construction of the Wyse Road infrastructure is complete as of November 2021. For more information, please visit the Wyse Road Bike Lanes page.

Phase Two: Changes to the Halifax Side
Further planning and detailed design in 2020 and 2021. Construction of remaining project elements, including the Halifax approach infrastructure, is to be determined.

November 2016:
As part of the planning process, public engagement sessions were held on Nov. 16 and Nov. 17, 2016 and a survey was posted to Shape Your City from Nov. 18 - Dec. 2, 2016. The sessions and surveys were held with the goal to provide information and receive feedback on the concept plans. Information from these engagement sessions can be found here.

September 2015:
Regional Council directed staff to continue planning bridge bikeway access improvements on both sides of the bridge, pursue funding partnerships, and determine requirements for any land use agreements.