Local Street Bikeways are bicycle routes on local (often residential) streets. If necessary, the street is modified in a way that lowers vehicle speeds and volumes. This allows people cycling to share the road comfortably with vehicles without the need for designated bicycle lanes. The impact on parking on streets with Local Street Bikeways is often minimal.
Local Street Bikeways have the following features: 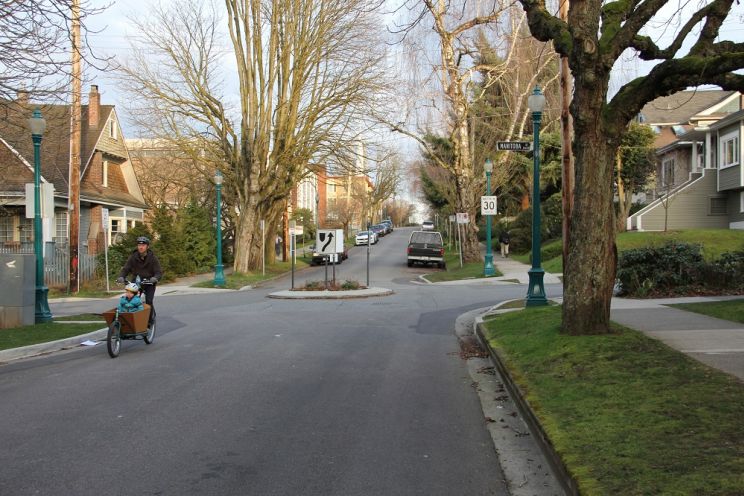 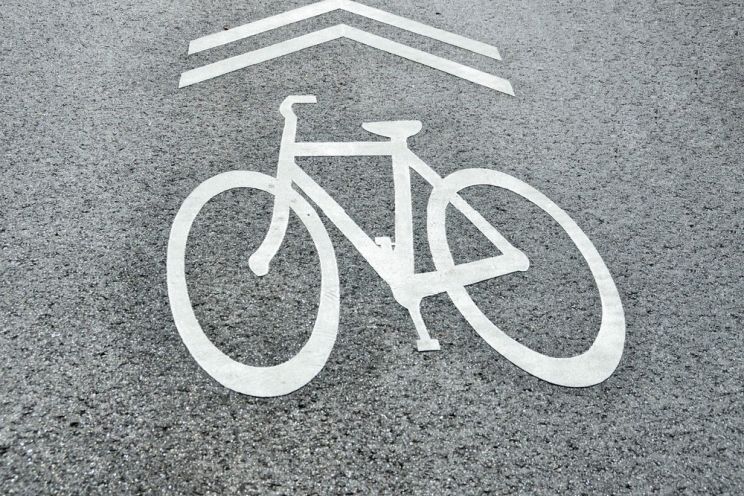 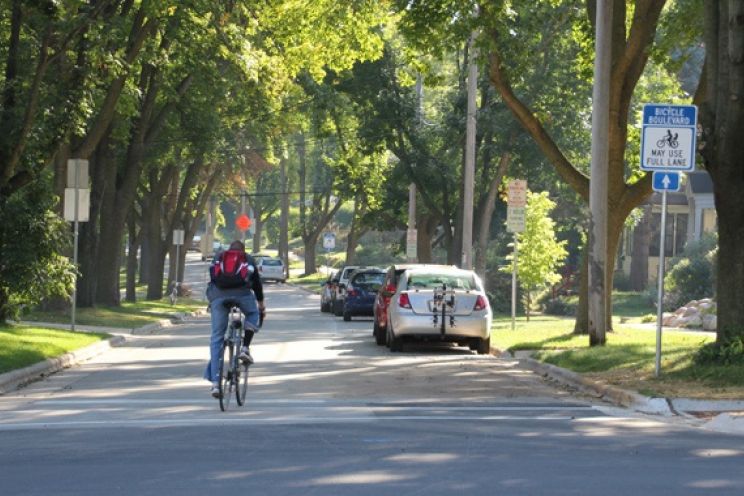 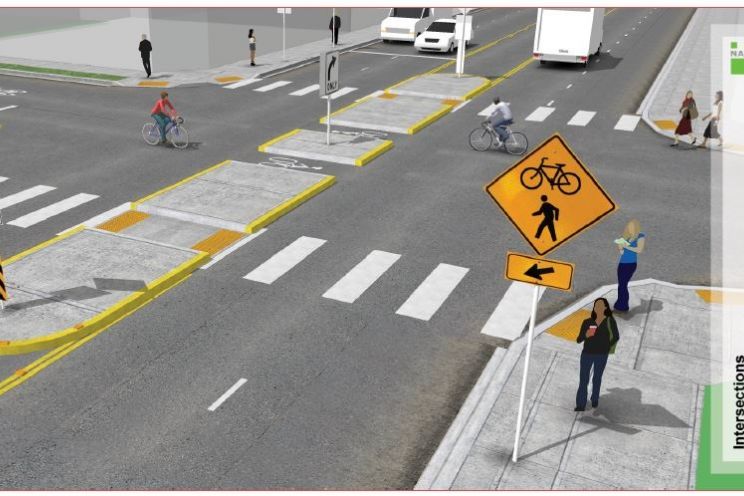