The Province of Nova Scotia legislates speed limits on public roadways via the Nova Scotia Motor Vehicle Act (MVA).  Currently the MVA prescribes a default speed limit of 50 km/h. However, the province will consider speed limit reduction submissions from the Local Traffic Authority on a neighbourhood-by-neighbourhood basis where streets have similar characteristics and a representative sample of streets are shown to meet the criteria listed below.

Staff are reviewing and analyzing neighbourhood data to support applications for reduced speed limits to the Provincial Traffic Authority. 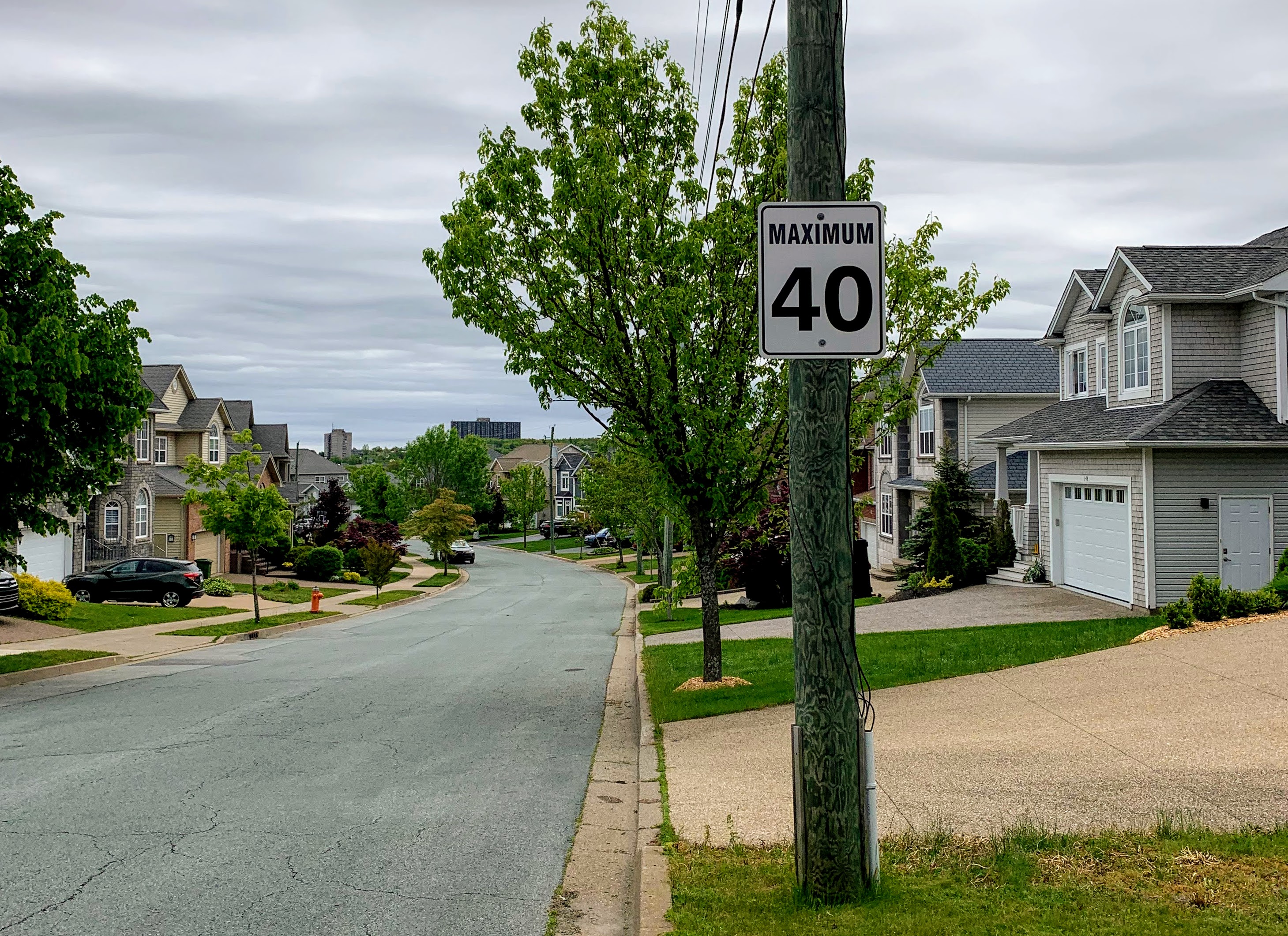