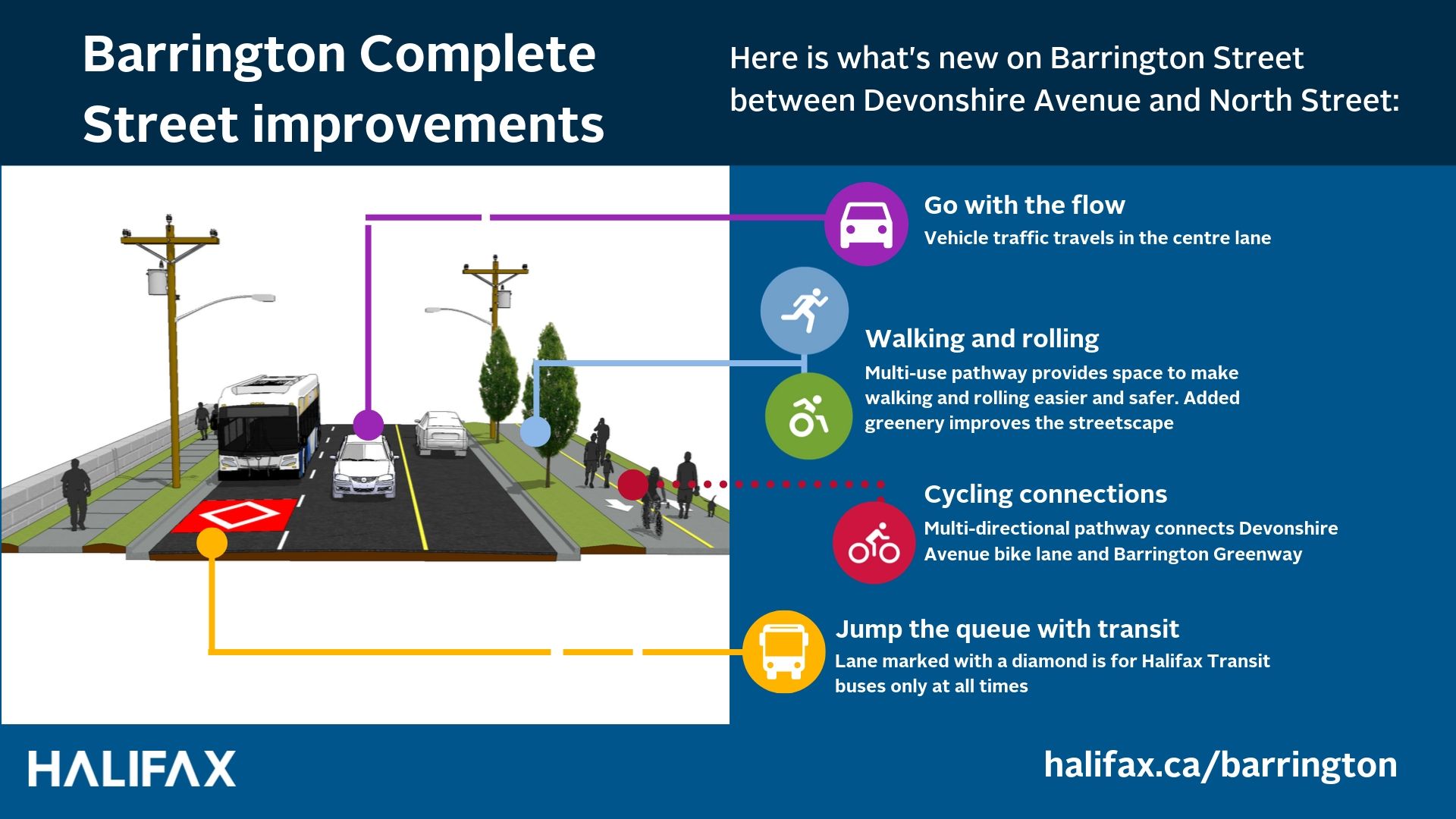 The segment of Barrington Street between North and Devonshire was a gap in the Barrington Greenway corridor, had sidewalk infrastructure in need of renewal, and safety concerns due to narrow vehicle lanes.  In conjunction with a DND construction project, this section of Barrington Street was rebuilt to improve safety, address active transportation (AT) gaps and prioritize transit. The project was originally piloted as part of construction mitigation and has now been implemented permanently.

This section of Barrington Street is part of a "greenway" connection between the existing Barrington Street Greenway, the Devonshire Avenue bicycle lane, and proposed (AT) connections to the Africville National Historic Site. In addition to the multi-use pathway, this project included upgrades to the sidewalk on the west side of the street and added transit priority measures for buses traveling southbound on Barrington Street.

View the full staff report on this project

Phasing:
Phase One:
Phase One of this project was completed in fall 2018 with the temporary installation of jersey barriers to create a protected space for people to walk and cycle on the east side of Barrington Street between North Street and Niobe Gate.

The bus lane between Richmond Street and Devonshire Avenue will be used at all times. There will be no parking, day or night, on the west side (southbound) section of the street. 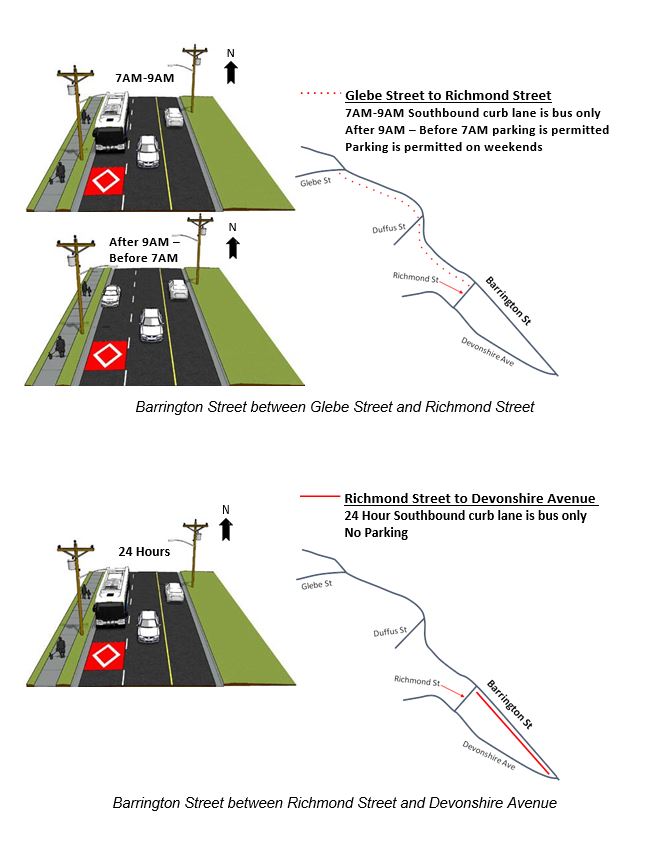 Late Fall 2019 - The bus-only lane will be extended on Barrington Street (Glebe Street to Devonshire Avenue).

Spring 2019 –Construction of the permanent multi-use pathway begins, along with upgrades to the sidewalk and transit priority measures on the west side of Barrington Street.

Fall 2018 –Temporary installation of the multi-use pathway on Barrington Street using jersey barriers. Staff monitored the project to influence design and installation of a permanent pathway.

December 2017 –Regional Council adopts the Integrated Mobility Plan, which includes the Barrington Greenway Extension project as part of the Priority Planning Projects for multi-use pathways and this section of Barrington Street as a transit priority corridor.

September 2014 -Regional Council approves Making Connections: 2014-19 Halifax Active Transportation Priorities Plan. There is direction in this plan to extend the Barrington Greenway to Niobe Gate from the foot of the Macdonald Bridge.