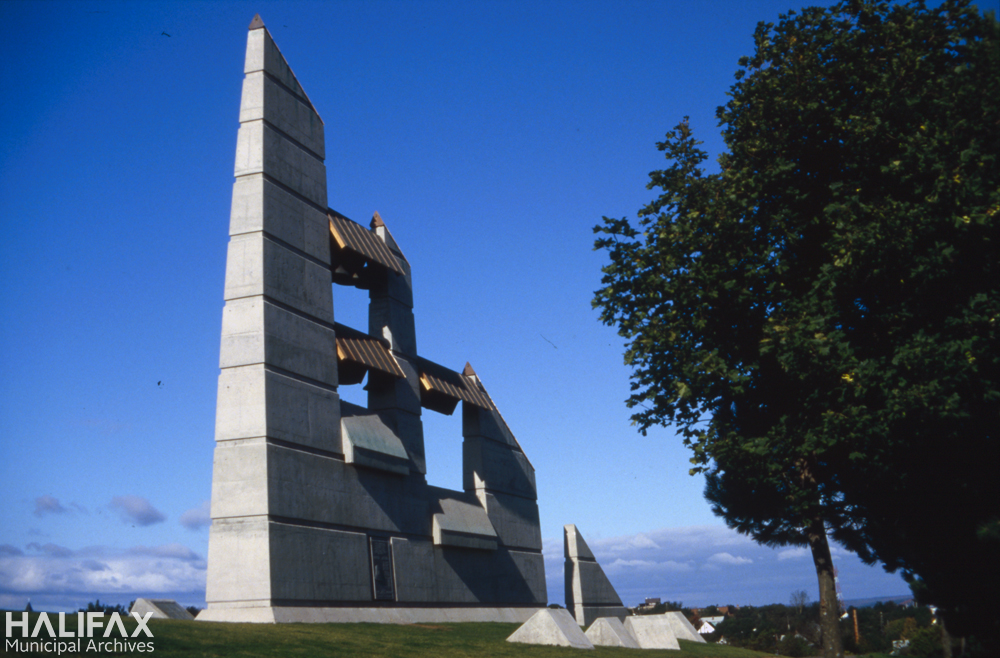 Here they pose with Committee member Alec McCleave just before placing the time capsule in the Memorial Bell Tower. This photograph was donated in 2017 at the time of the opening of the time capsule. 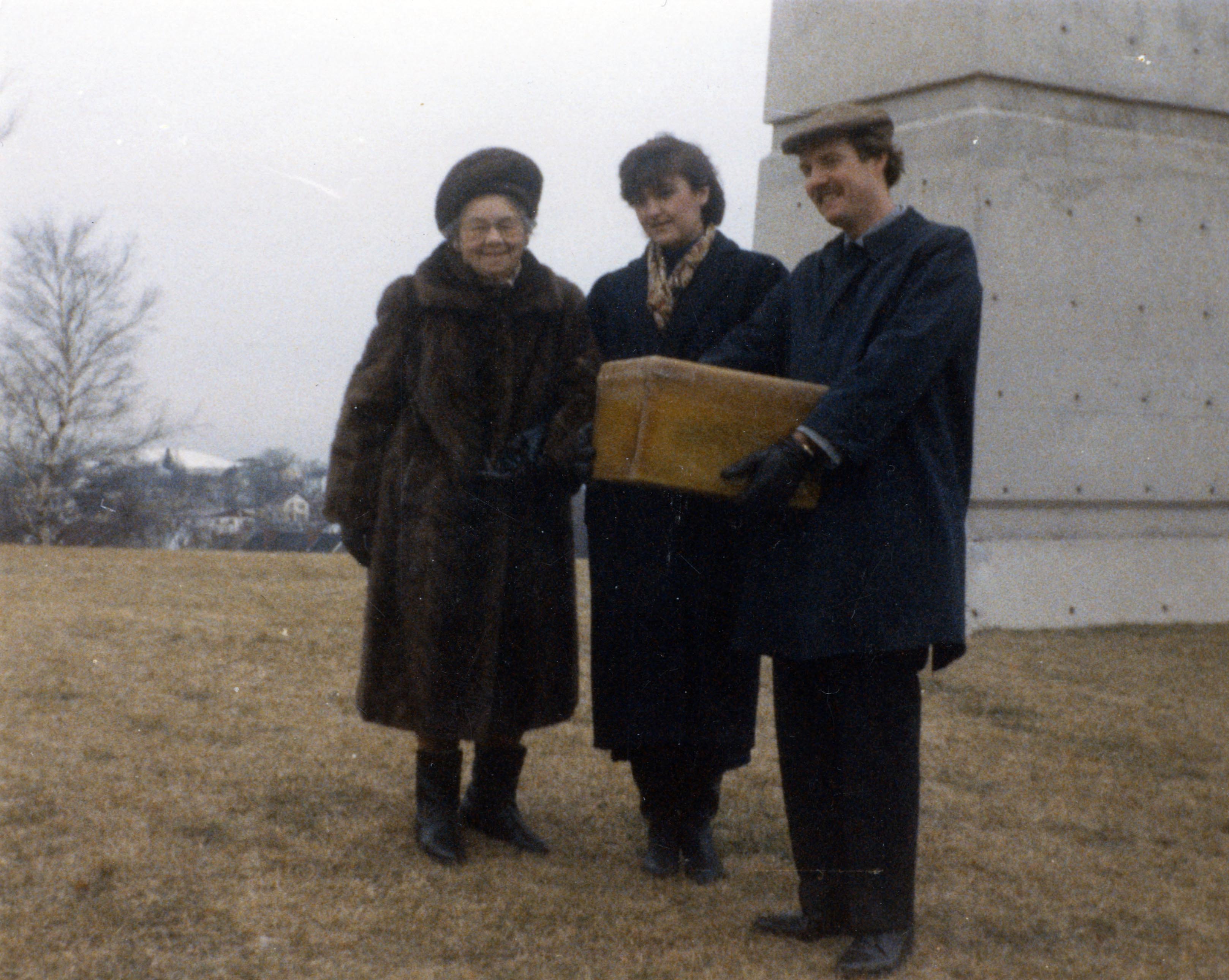 For the 100th anniversary of the Halifax Explosion in 2017, Anne Louise (Ihasz) Desrosiers returned to assist with the opening of the time capsule.

She is pictured here with Committee members Alec McCleave and Lt. Col. Bernard Allard and his wife, Sheila,  with the just-opened time capsule. 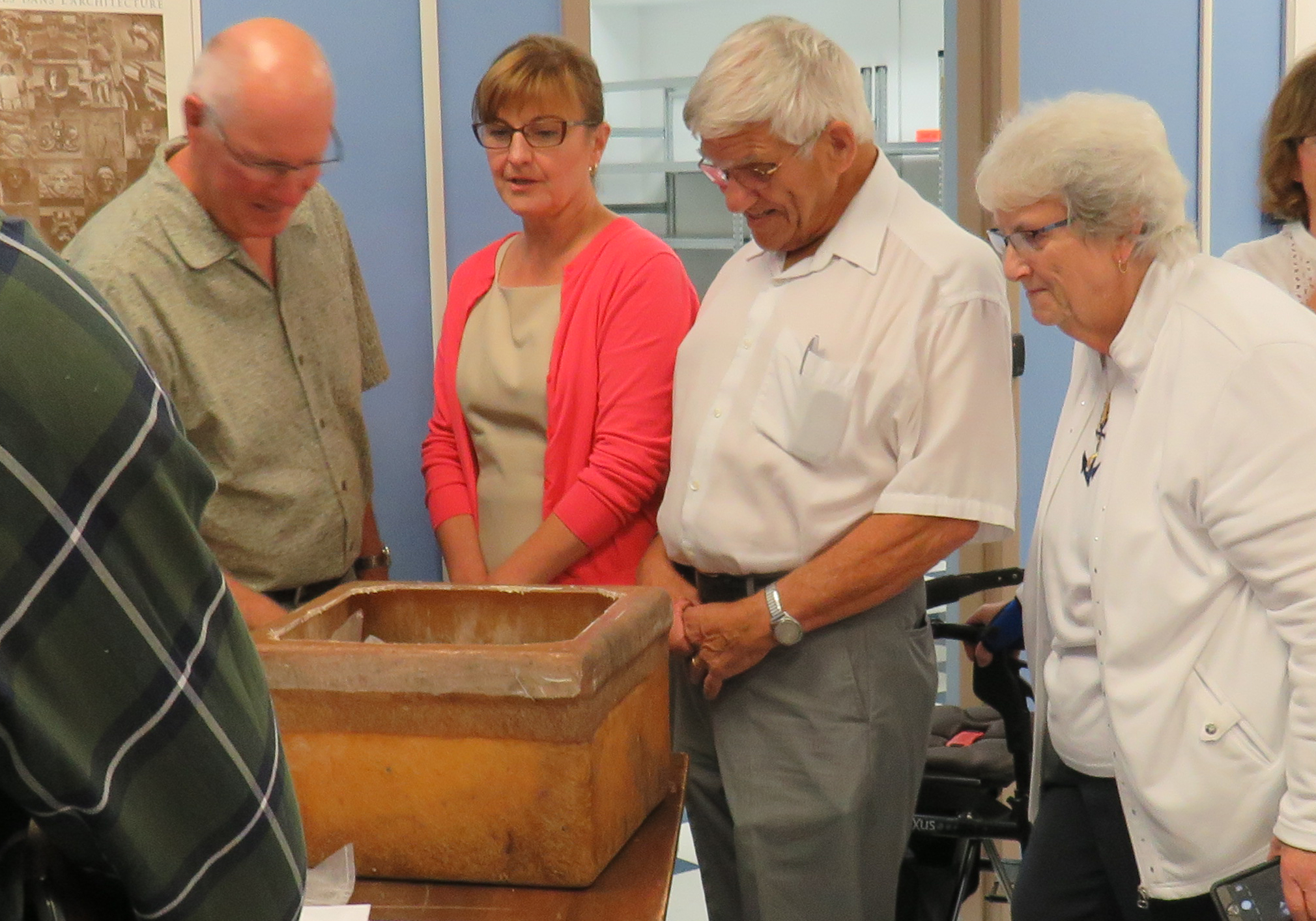 This web-page presents a selection of the contents of the time capsule. A full description of each item can be found in the Archives Database. 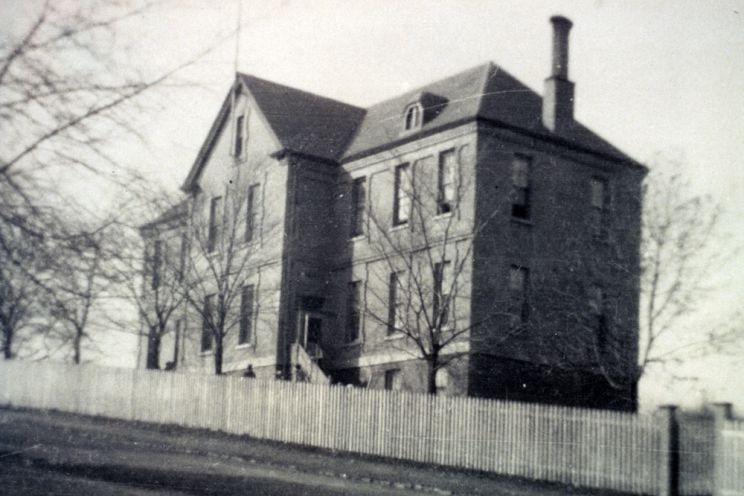 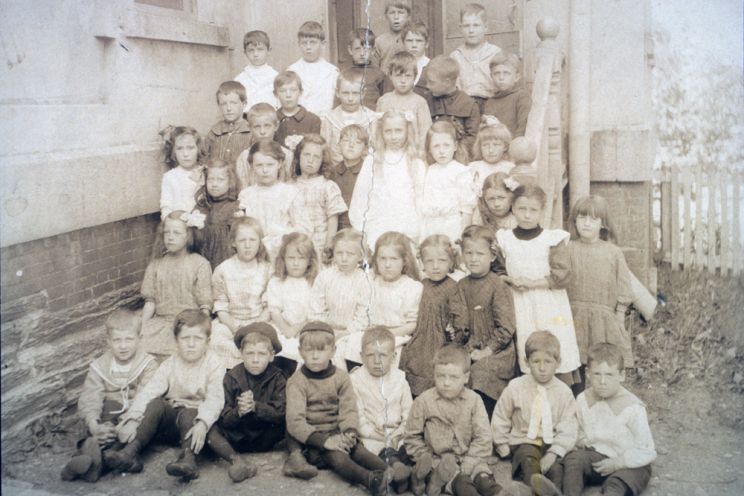 Class portrait, probably 3rd grade, Nov. 1917. Caption reads: "Many of these children were killed in their homes or in the street." HMA CR58-1.2 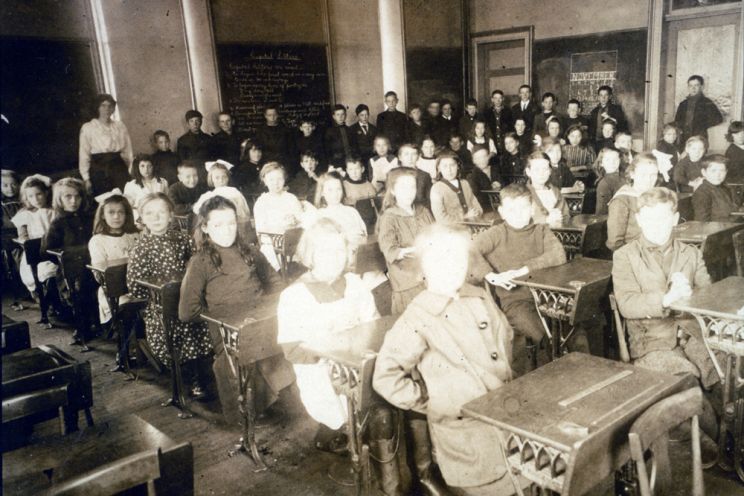 These photographs depict the devastation caused by the blast. Originals were lent to the Memorial Bells Committee by Miss Nellie Adams, whose father was a professional photographer in 1917, and by Mr. Charles Vaughan. 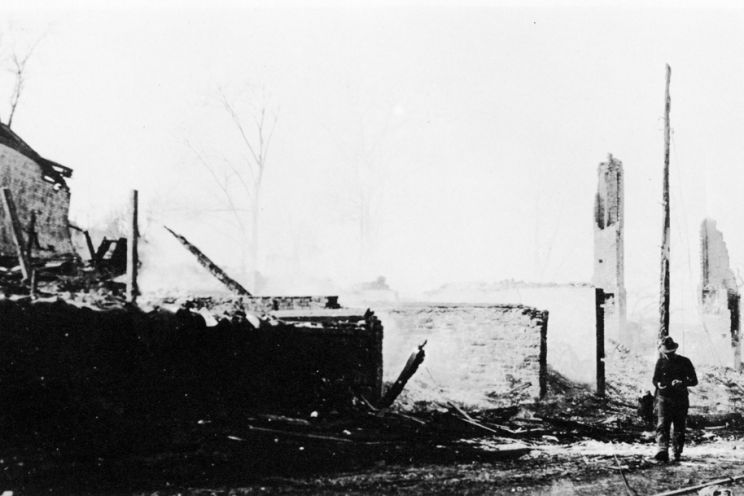 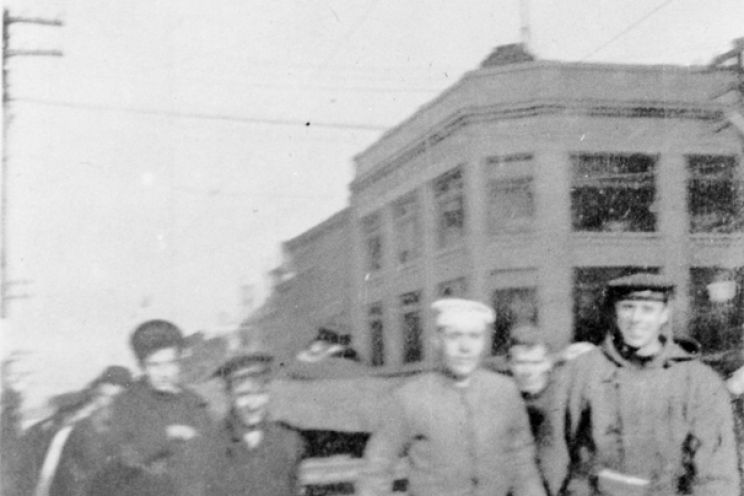 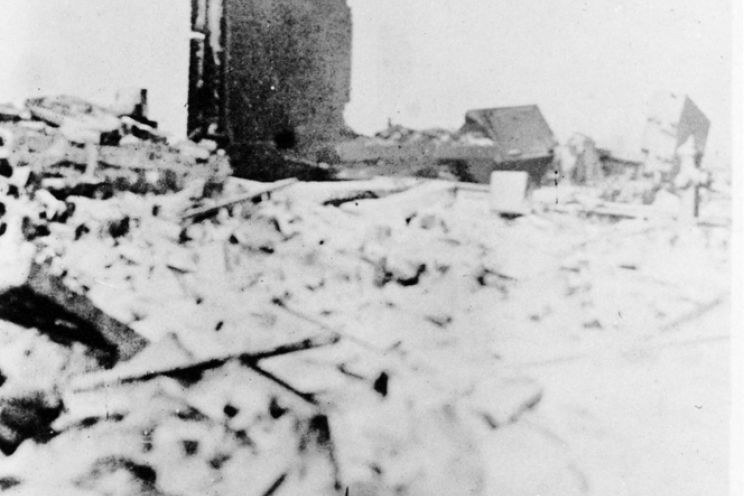 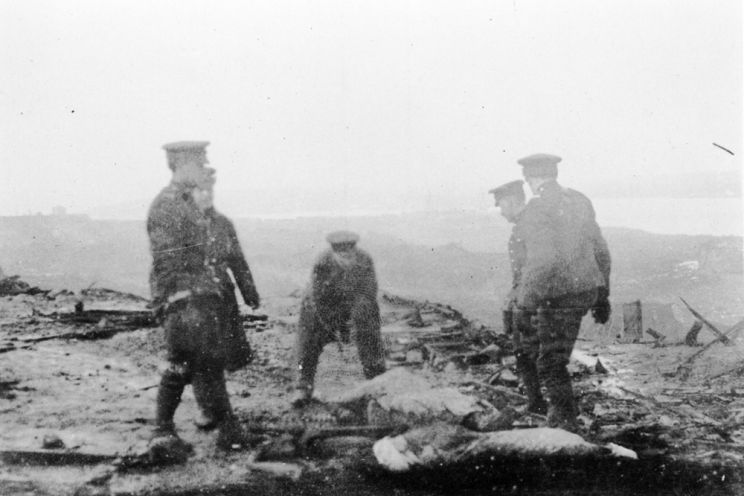 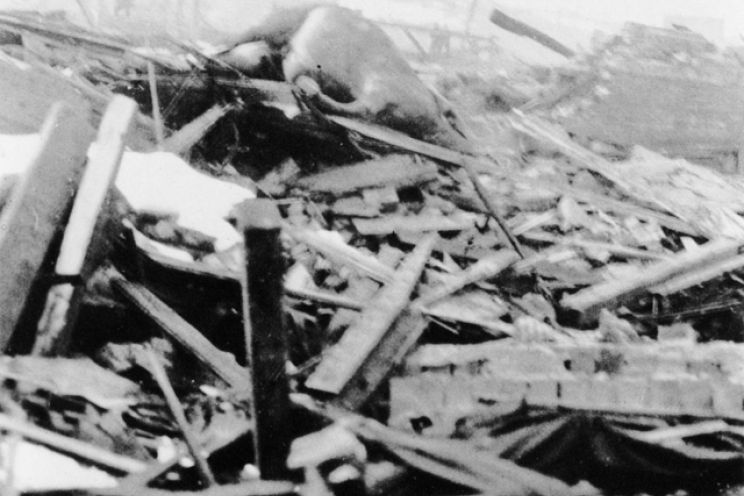 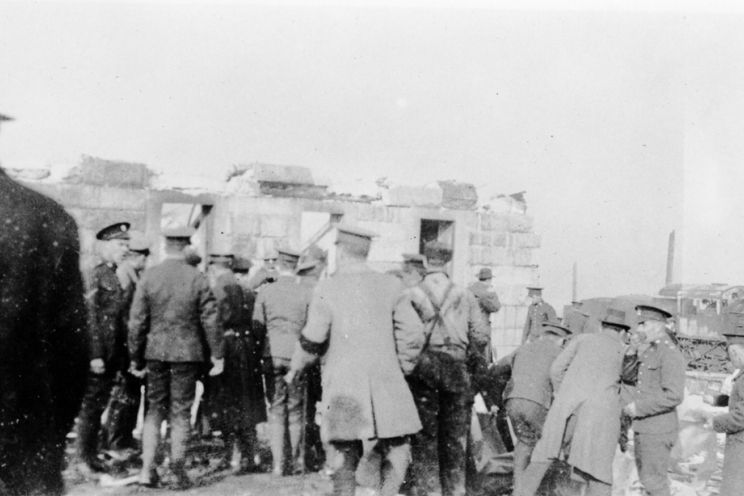 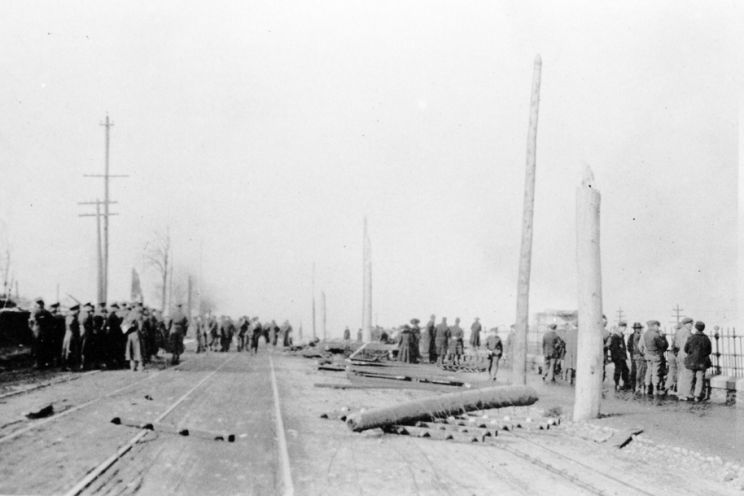 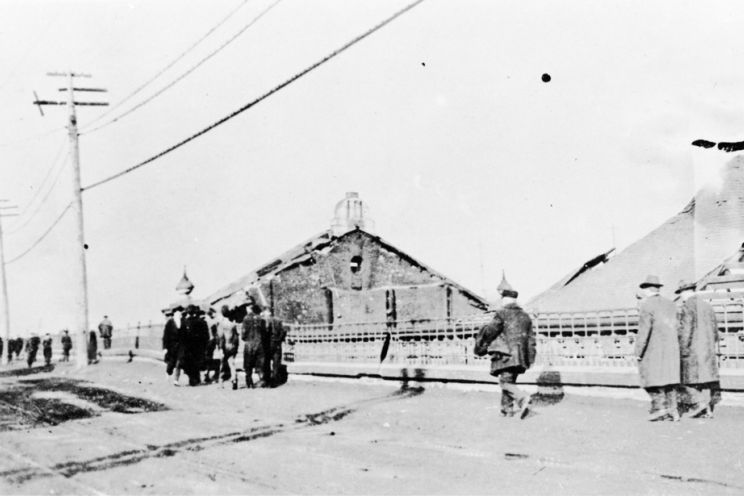 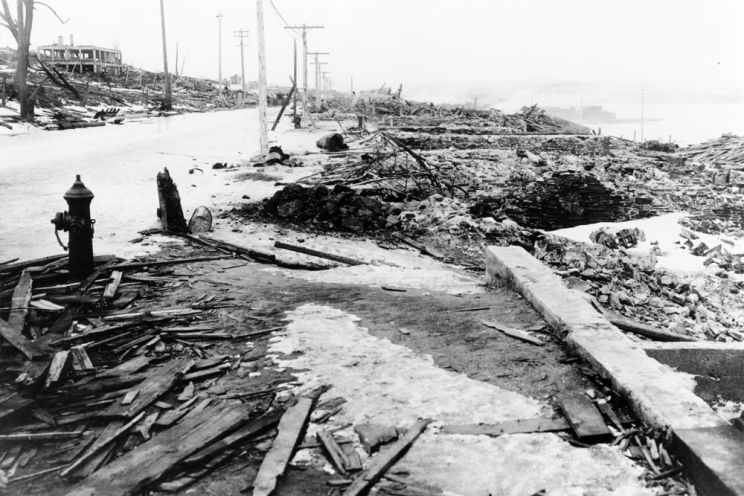 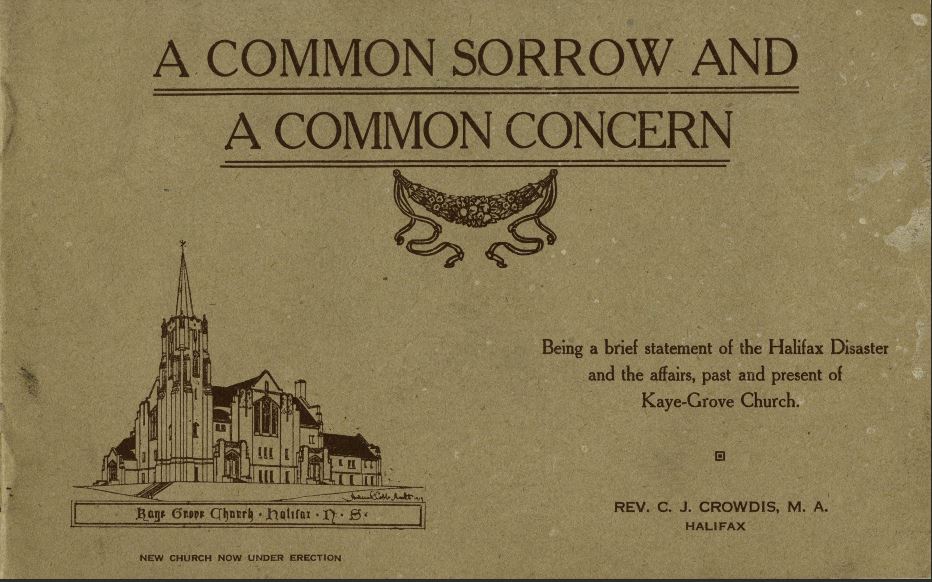 In 1985, the Memorial Bells Committee included a 1917 penny in the capsule. The list of contents also mentions a 1985 coin, however one was not found in the container. For the 75th anniversary in 1992, Mayor Moira Ducharme gave an Explosion commemorative coin to survivors and dignitaries. 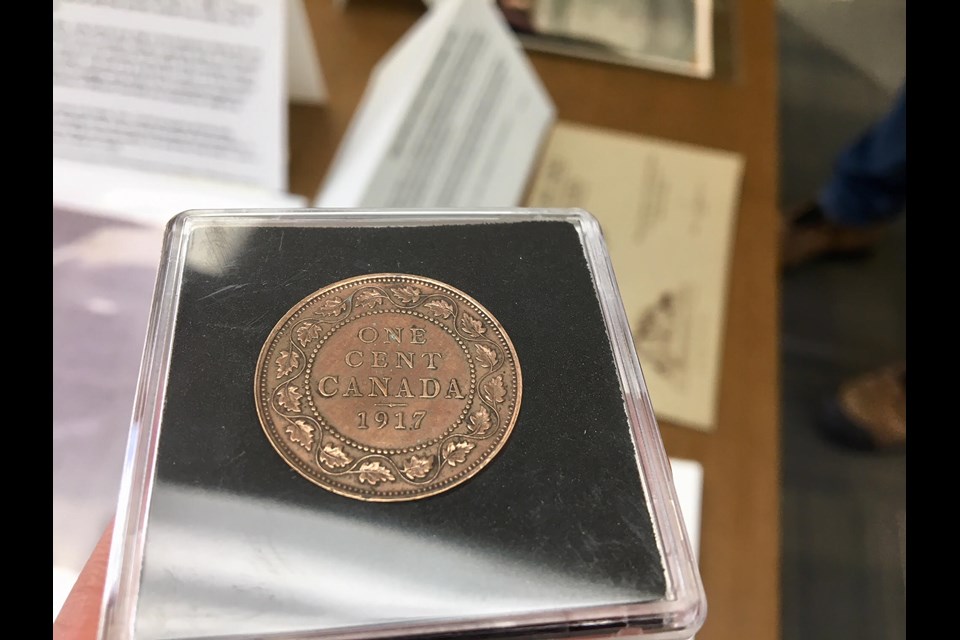 A copy of a 1917 grocery bill that was found in a mortuary bag was also included in the time capsule. It is made out to Mrs. Julia Carroll, who died in the Explosion along with her 6-year old daughter Lily. The bill is from Constant Upham's general store on Campbell Road (later Barrington St). Constant Upham was one of the first to call the Halifax Fire Department after observing the fire on the Mont Blanc from his store windows. Upham and his daughter were killed in the subsequent explosion. The Uphams were close relatives of Millicent Swindell, who placed the 1985 time capsule in the Memorial Bell Tower. 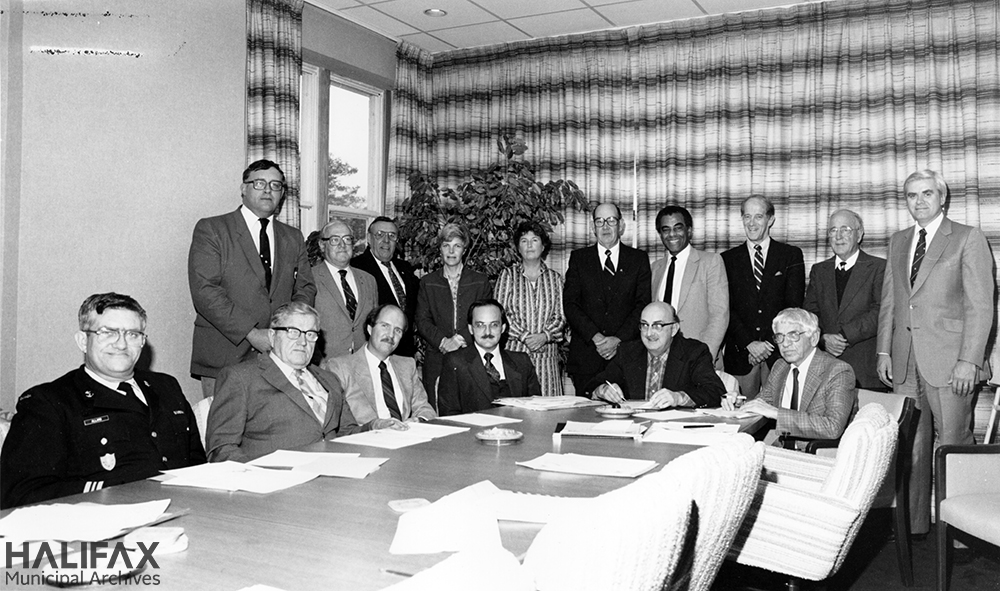 These are the dedicated citizens who banded together to build a lasting monument to the victims of the Halifax Explosion and the survivors who rebuilt Halifax and Dartmouth.

Along with a cheque, many grateful survivors sent in touching stories of their memories of the Explosion. Read the file of these letters, along with a list of donors, that were included in the time capsule. 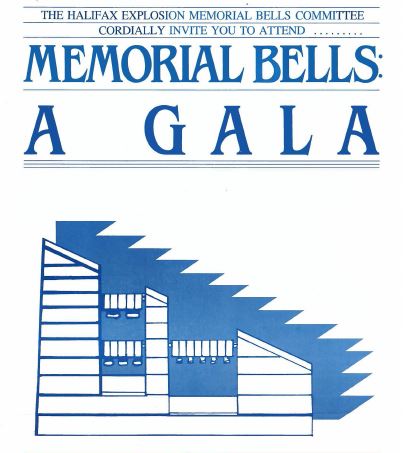 The Memorial Bells Committee organized a fundraising gala event, a tribute to the victims and survivors of the Halifax Explosion. The event was held Sept. 29, 1984, at the Rebecca Cohn Auditorium. 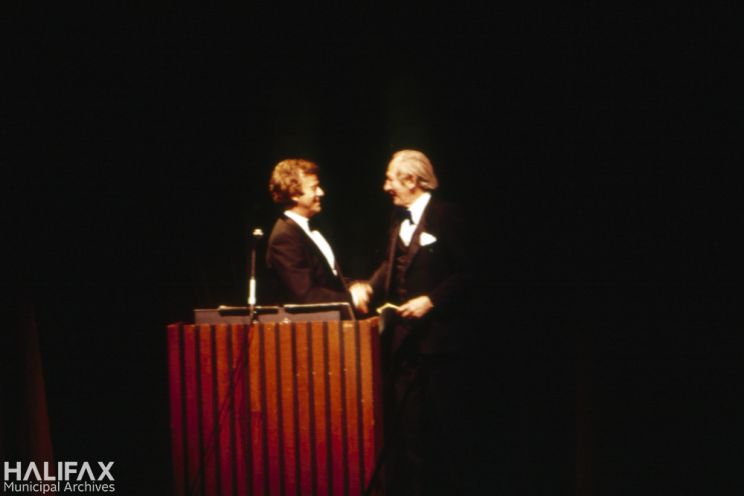 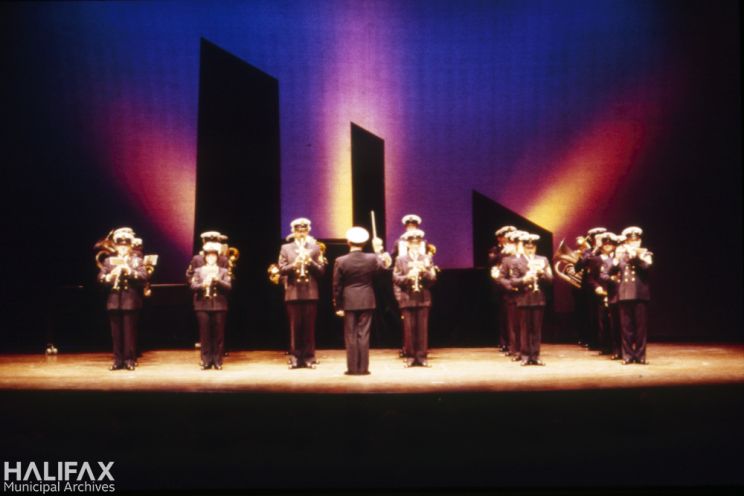 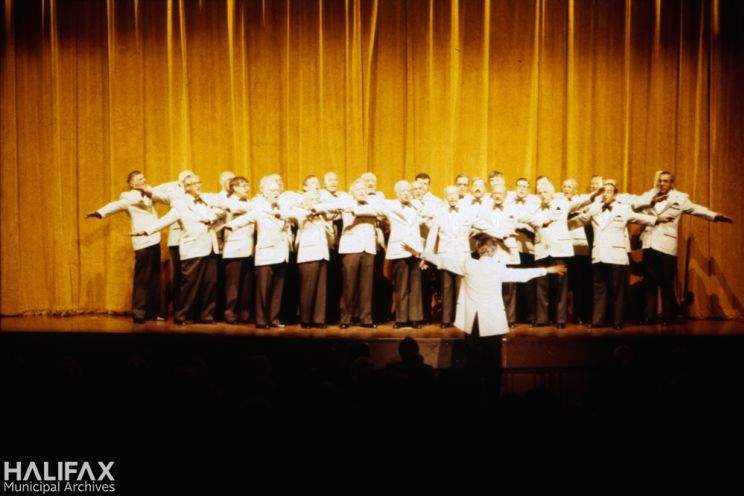 Newspapers and news-clippings collected for the Explosion time capsule 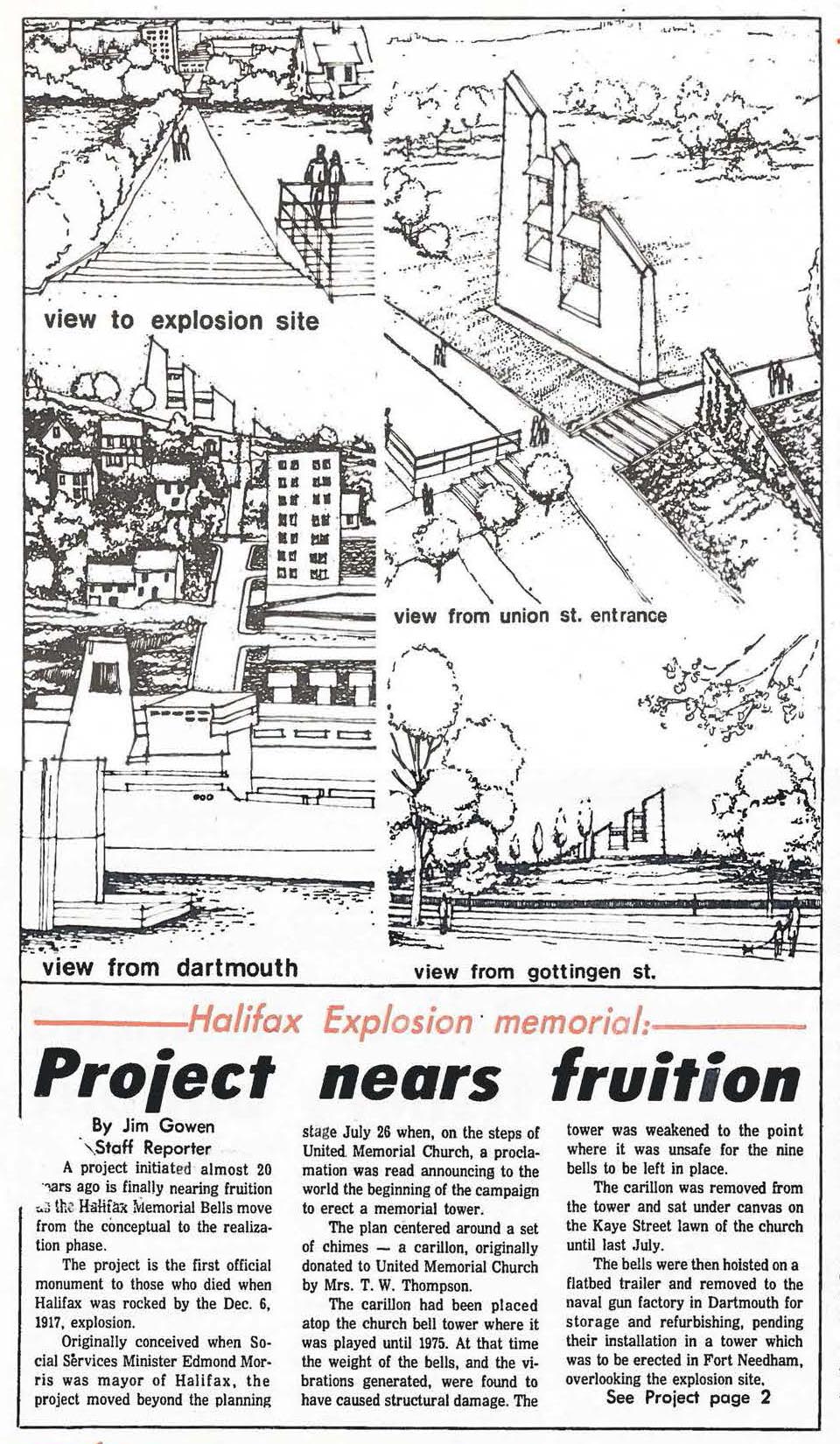 Many related newspaper clippings were included in the time capsule (CR 58-34). Some examples include an insert from the Chronicle Herald/Mail Star entitled Welcome to Gottingen and Neighbours, and a collection of clippings related to the Memorial Bells and time capsule projects.

Janet Kitz hosted a documentary on the history of the Memorial Bells Tower, which aired on Channel 10 in June and September 1984. The documentary includes images of the Explosion and interviews with survivors of the Explosion, Barbara Orr, Frank [Burford], Archie Upham, Noble Driscoll, and Eric Davidson. She also interviewed Robert E. Inglis and Reg Prest, Chairmen of the Bells Committee.

In 2017, the Halifax Explosion 100th Anniversary Special Advisory Committee began planning their Legacy Project, a new time capsule to be placed back in the Memorial Bell Tower, with contents based on the Committee’s guiding principles. The new time capsule will be opened in 2067, to mark the 150th anniversary of the explosion.