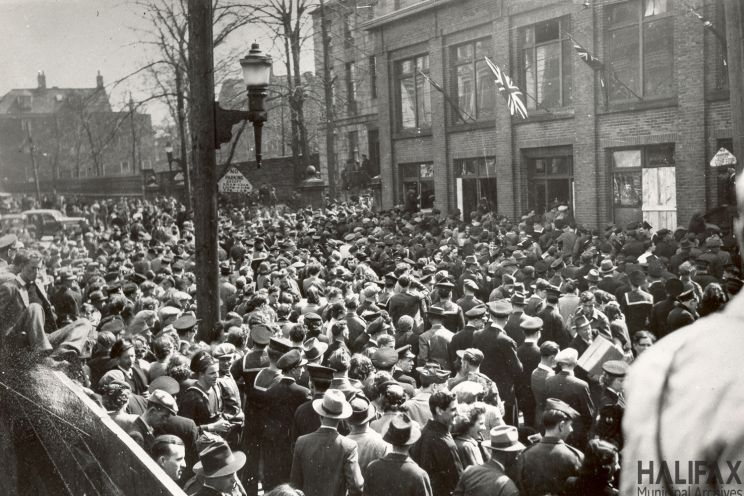 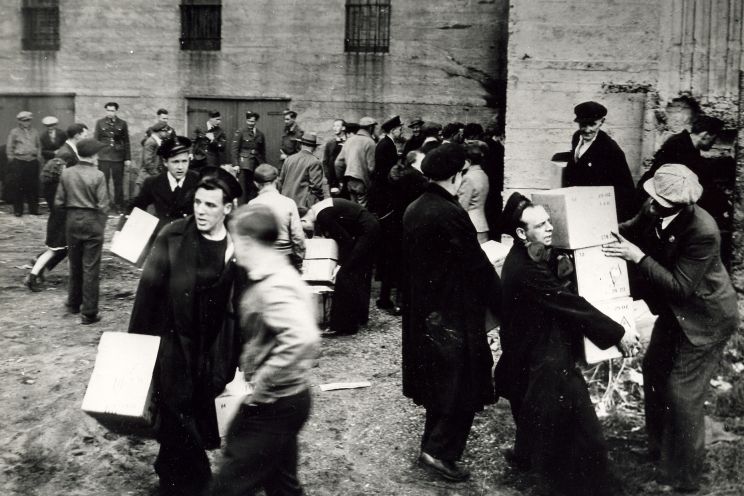 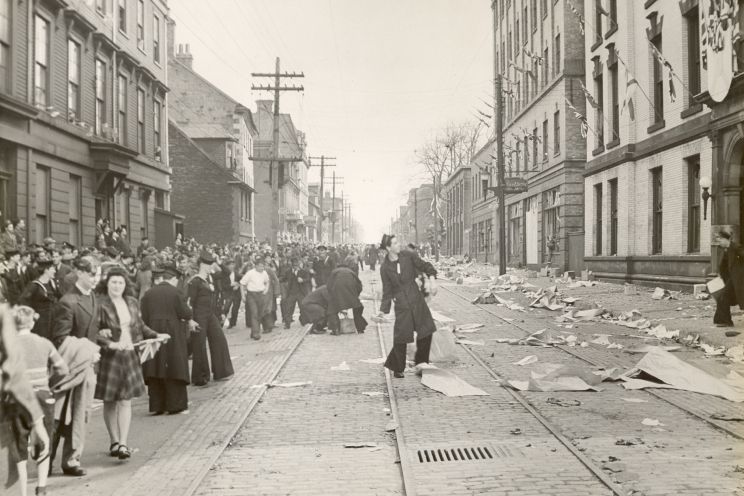 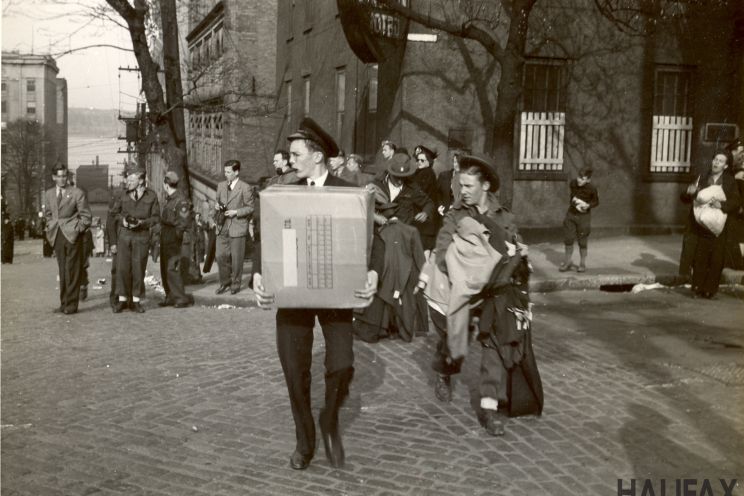 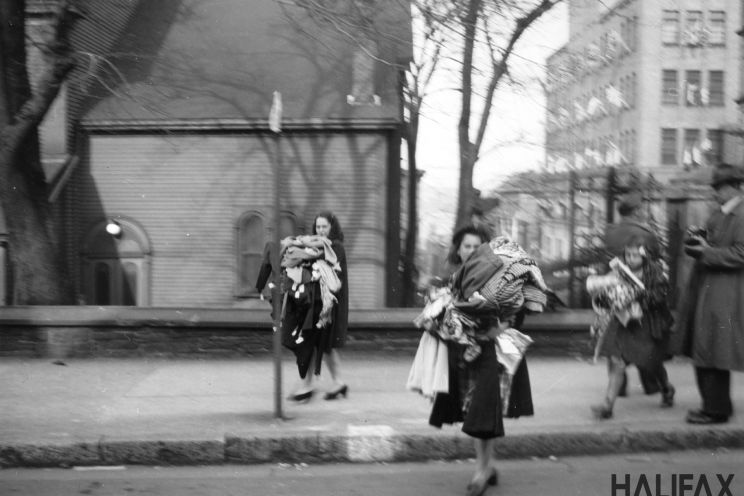 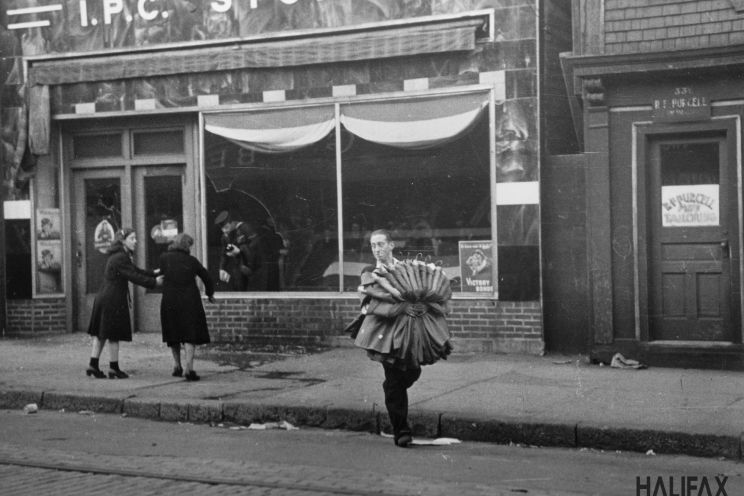 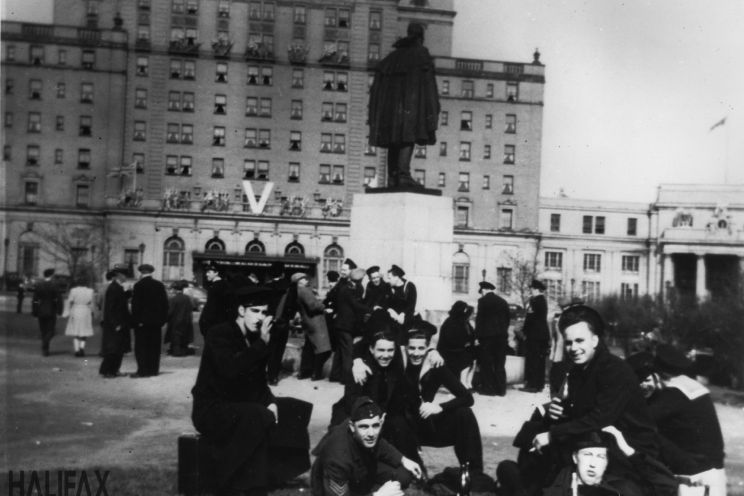 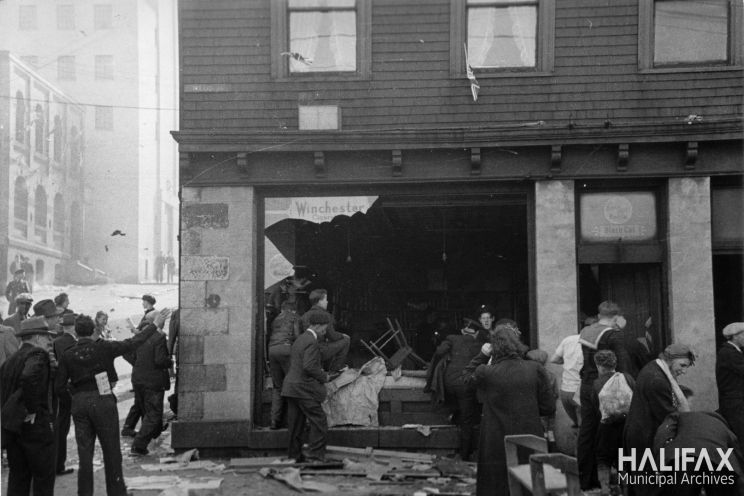 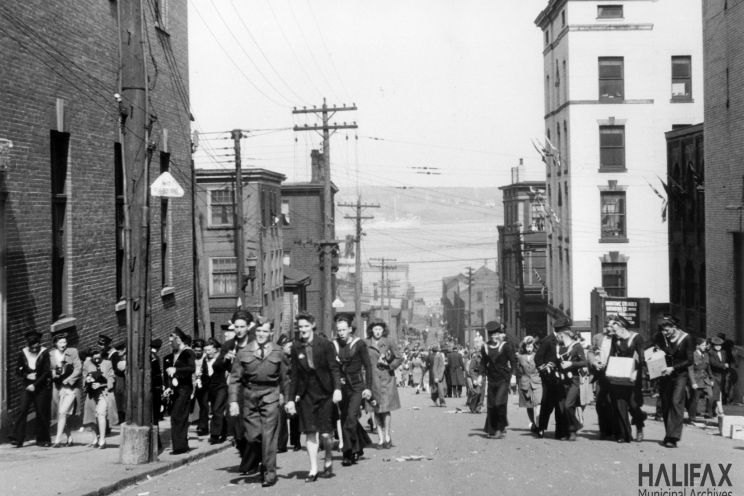 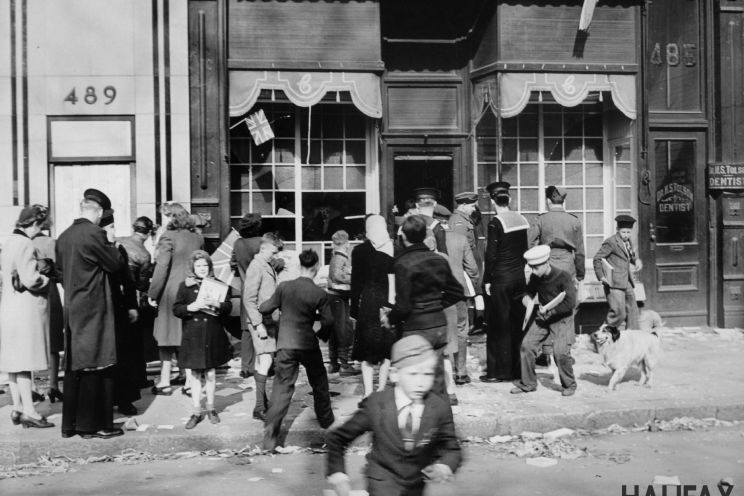 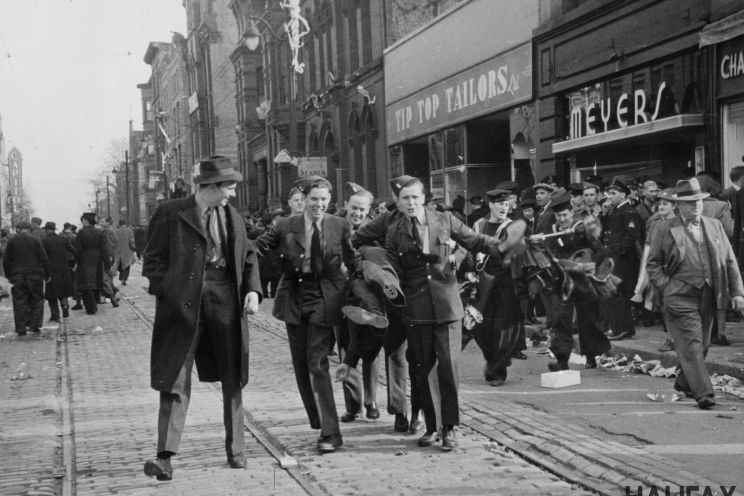 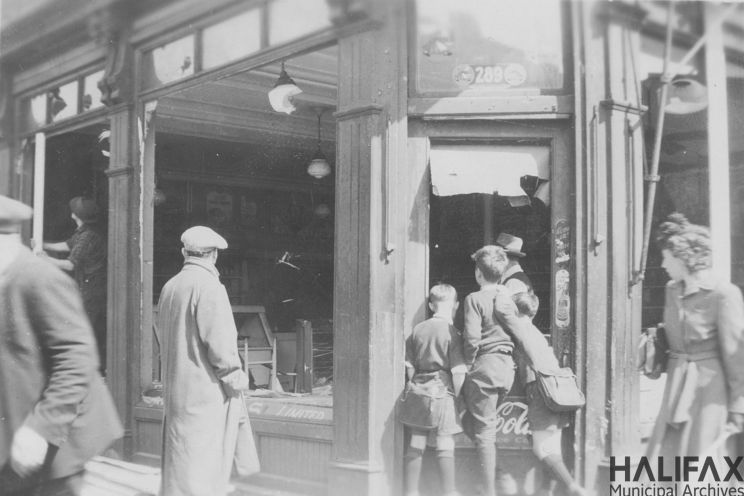 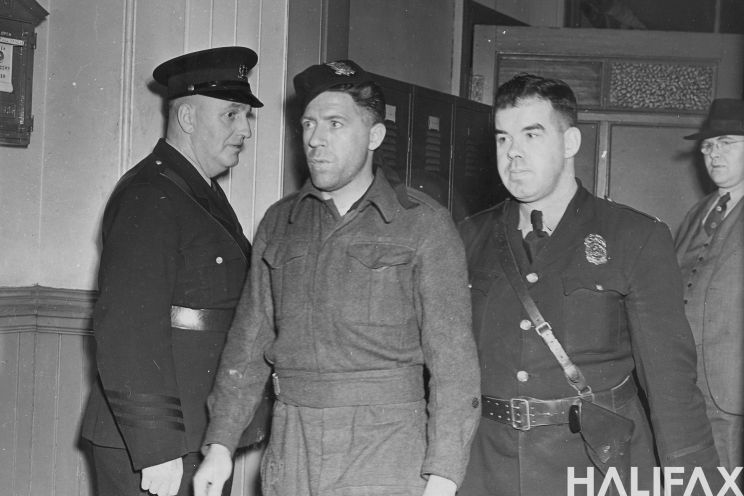 On Monday May 7, 1945 when Victory-in-Europe was announced, the streets of Halifax erupted into celebration that turned to violence and looting.  Civilians joined the thousands of servicemen in the mayhem that neither city police nor military command were able to quell for over 24 hours, leaving hundreds of downtown Halifax businesses destroyed and hundreds of people arrested.  A Royal Commission blamed naval authorities for not controlling its personnel; however,  others suggest that the tensions that had developed between Haligonians and servicemen during the war caused the celebration to turn ugly.

This source guide provides access to original sources at Halifax Municipal Archives that offer glimpses into the preparations the city had made for victory celebrations and how it dealt with the aftermath of the riots. Primary sources at other institutions and secondary sources add to the understanding of this historic event (see links below).  Digitized copies of archival material are available in hyper-linked searchable pdfs. 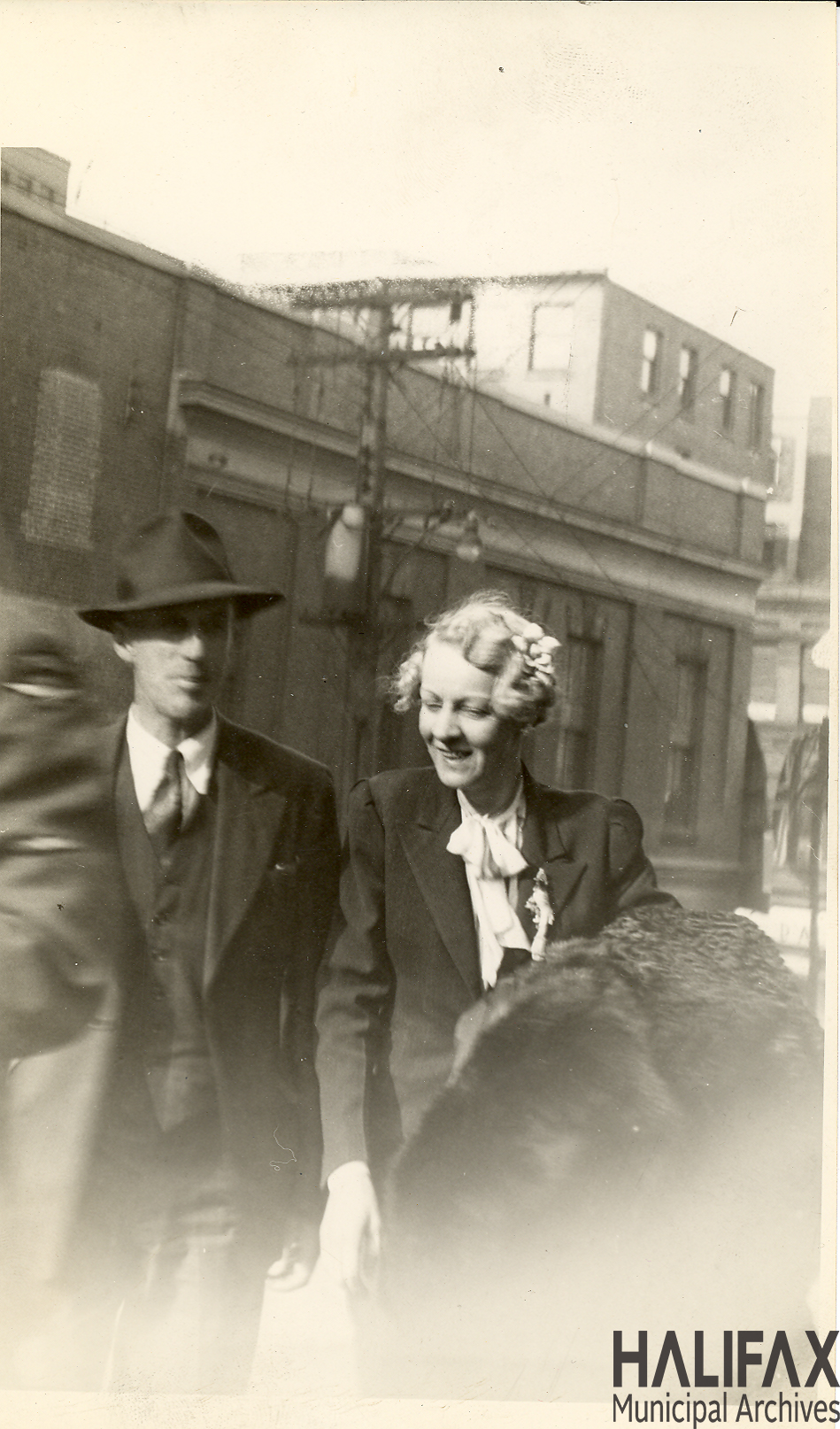 In the days following the Riot, Halifax police officers investigated the many thefts and vandalism to gather evidence for prosecutions, and to return stolen items to their owners.  Much information was gathered from anonymous letters from "an honest citizen" who responded to the plea for information the Police had put in the newspapers.  These two police files have fascinating testimony from the accused and witnesses and police to give a streets-eye-view of the Riots - all personal information removed:

Director of Civil Defence, Major Osborne Crowell led the civil preparations for the war's anticipated end through a VE Day subcommittee of representatives of Armed Services, religious organizations, business organizations, media, and police. Their preparations are detailed in the files below, as well as their account of what occurred on May 7 and 8. 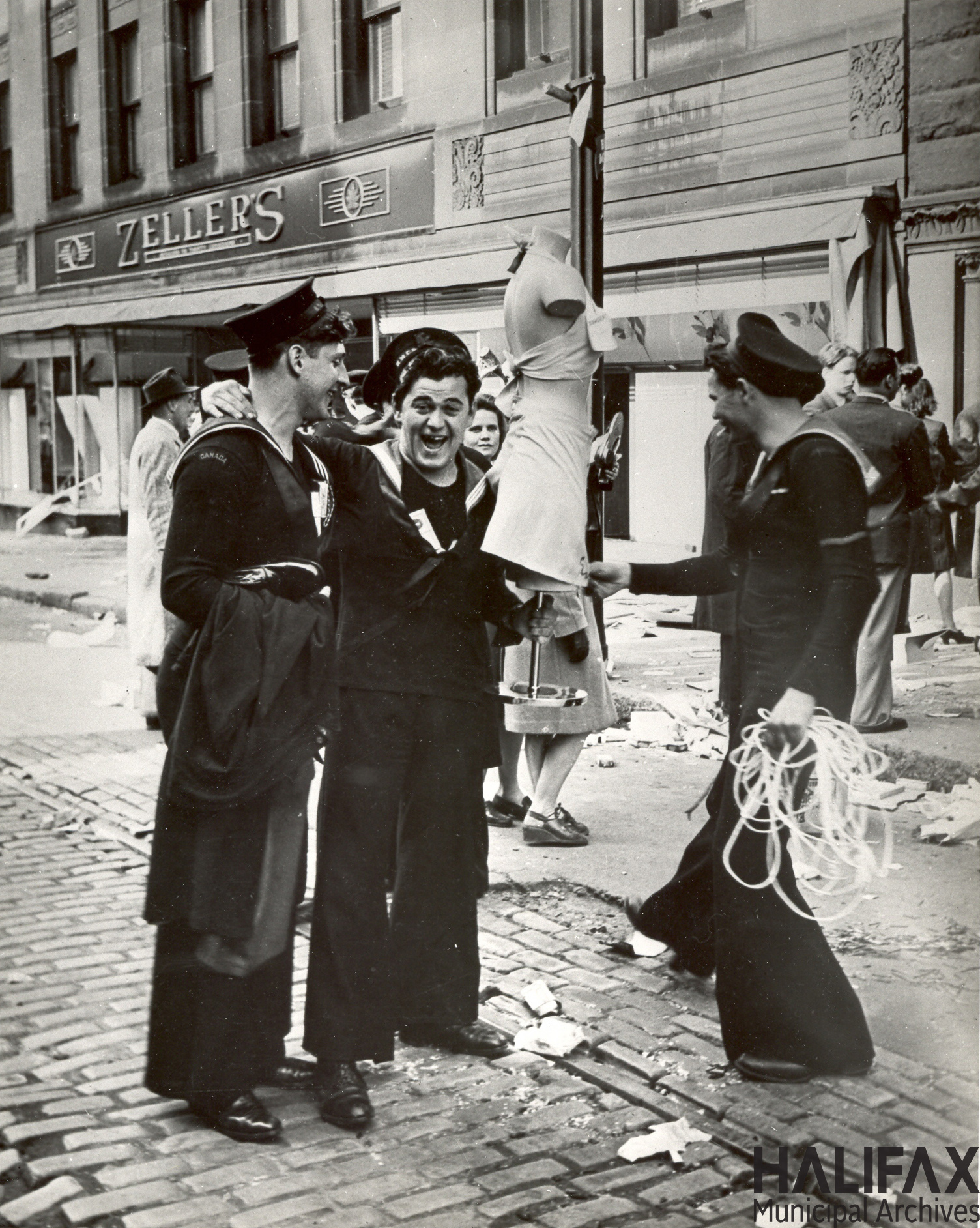 In 1995, the City of Halifax marked 50 years since the end of WWII with events commemorating the City's contribution to the war effort and the close ties with the military. 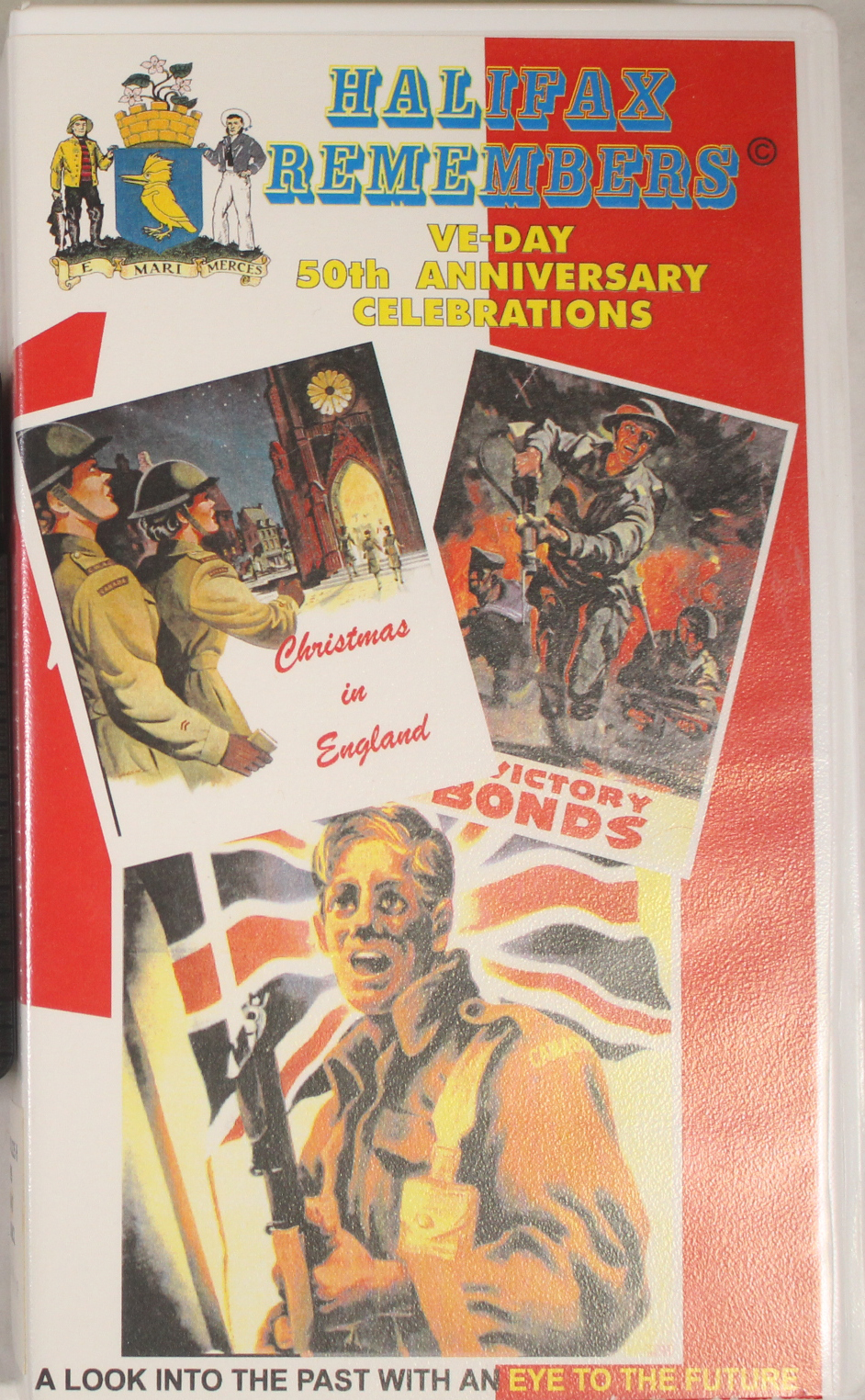 To celebrate the 50th anniversary of the end of WWII, the City of Halifax created a video of its  commemorative events. In the clip available here, Mayor Walter Fitzgerald recognizes Halifax's part in WWII and  downplays the VE Day Riots. The 50th anniversary events shown in the rest of the video include a Victory Ball in the VIA Rail Station; the granting of Freedom of the City to #12 Wing Shearwater; a Victory parade along Barrington; a reception at a Legion organized by Dutch Haligonians; the Stadacona band at the Maritime Museum of the Atlantic; a display of wartime art at the Art Gallery of Nova Scotia; Sailors' Monument Gathering in Point Pleasant Park; an inter-faith church service at All Saints Cathedral ; an event called a "Celebration of Peace" at the Grand Parade war memorial; a reception at City Hall, with speeches from Mayor  Fitzgerald and Premier John Savage. (971.6225 H 1995-entire video available through the Archives) 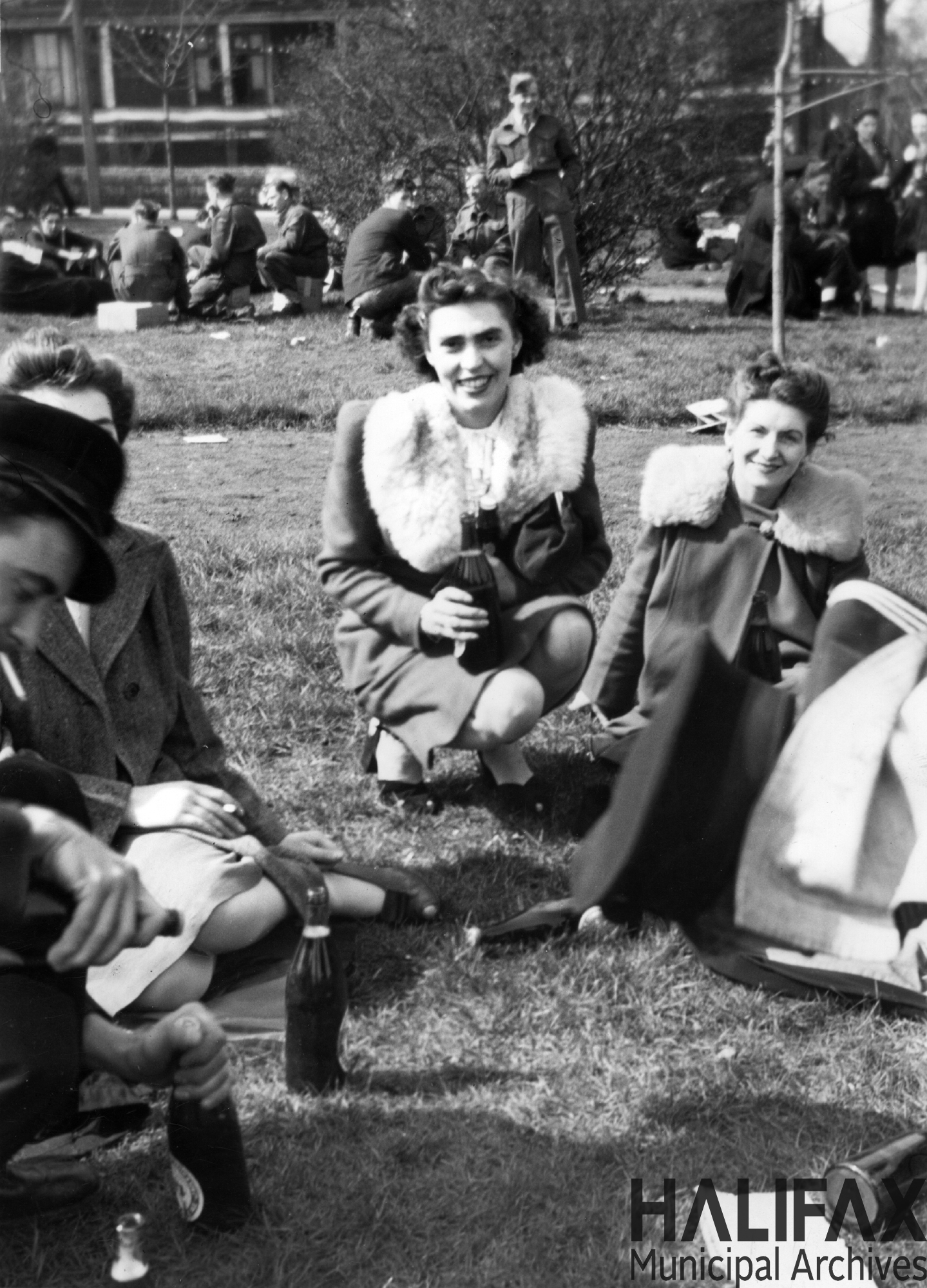 Primary Sources at Other Institutions

Nova Scotia Archives:  Virtual exhibit: Halifax in Wartime:The End of It All: photos and moving images from the riots

CBC Archives: Photos and videos of news coverage of the riots 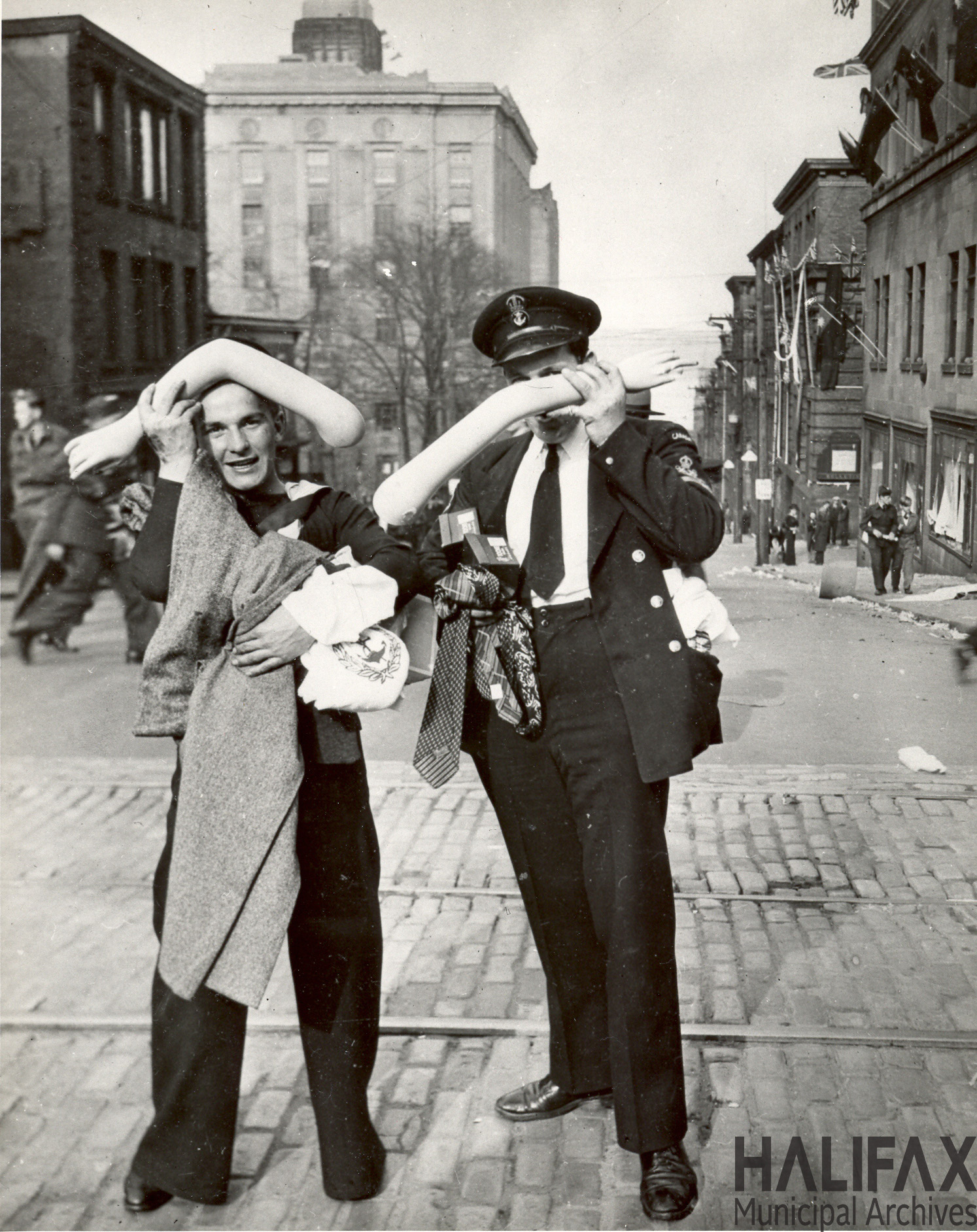 Do you have material from Halifax in wartime?

Halifax Municipal Archives is always looking to add to our holdings. Please contact the archives if you have photos, documents, film or ephemera of historical interest.