Looking for love in a new land, or at least a "respectable man with view to matrimony"? 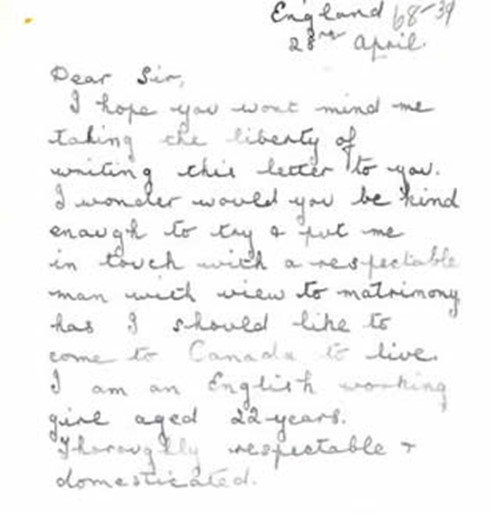 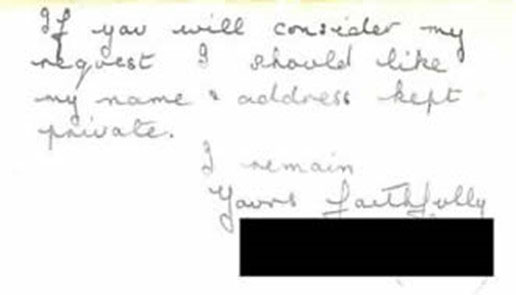 Before we had on-line dating services, a young woman might turn to creative sources for a potential mate - why not to the Mayor of a respectable town like Halifax, Nova Scotia?

In the spring of 1939, an "attractive 22 year-old English girl" wrote to Mayor Walter Mitchell asking him to put her in touch with a "respectable man with view to matrimony."

The Mayor's Office correspondence (series 102-3B) includes many odd gems like this mixed in with the more important activities of City governance. This was an era when the Mayor's Office received all manner of requests, from tourist information about the City to efforts to find the source of a discontinued china pattern. And the Mayor's Office responded to them all!

In response to the letter from England, Mayor Mitchell had this notice posted in the Halifax Mail. Sensitive to the young woman's position, the Mayor offered his Office to be the intermediary, forwarding letters from prospective suitors to her in England.

Along with the letters from prospective suitors, the mayor sent some advice: "I do not know any of these parties, but if you feel like corresponding with any of them, you doubtless could write to the minister in the locality in which they live to find out who they are." (May 22, 1939 letter from Mayor, 102-3B-68).

And there were many Nova Scotia men who responded to the newspaper publicity. One was so eager that he wrote two months later, asking the Mayor, "Please let me know how long I must wait for an answer to my letter?" (July 25, 1939 letter from Upper Rawdon worker to Mayor, 102-3B-68).

The Mayor's response? "Replying to yours of July 25th, your letter was sent to the young lady in question, in England, whose name I cannot reveal as she wished it kept confidential, and the rest is purely up to her." (102-3B-68)

The Mayor's Office correspondence gives no clue as to the success of the young woman's search. Certificates for Marriages performed in Nova Scotia are now available to 1940, but there is no entry for her name. If you have any clues to the ending of this story, please contact the Archives.

This venture appears to be the end of the story for Mayor Mitchell acting as matchmaker. See below how his office handled a similar request later that year. 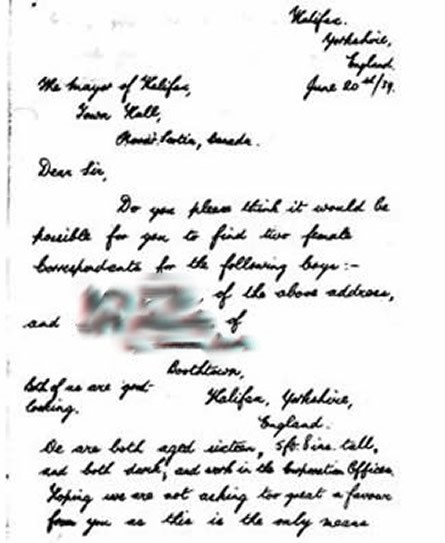 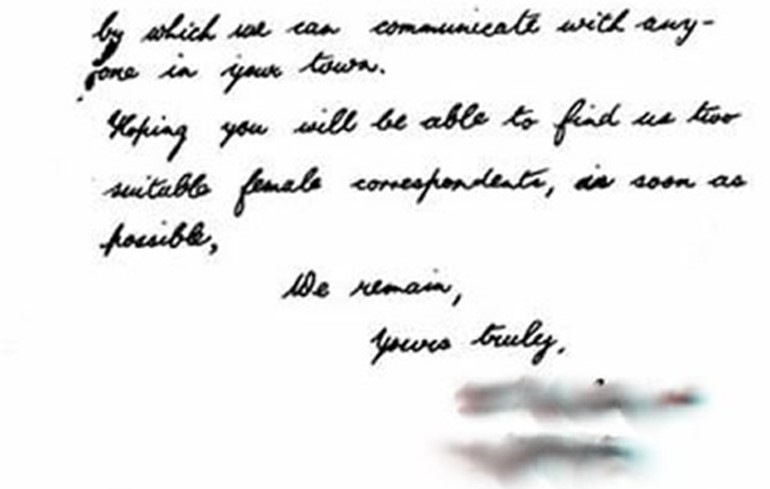 Both of us are good looking. We are both aged sixteen, 5ft 8 ins. tall, and both dark, and work in the Corporation Offices.

Hoping we are not asking too great of a favour from you as this is the only means by which we can communicate with anyone in your town.

Hoping you will be able to find us two suitable female correspondents, as soon as possible. We remain, yours truly, (names blurred for privacy)" 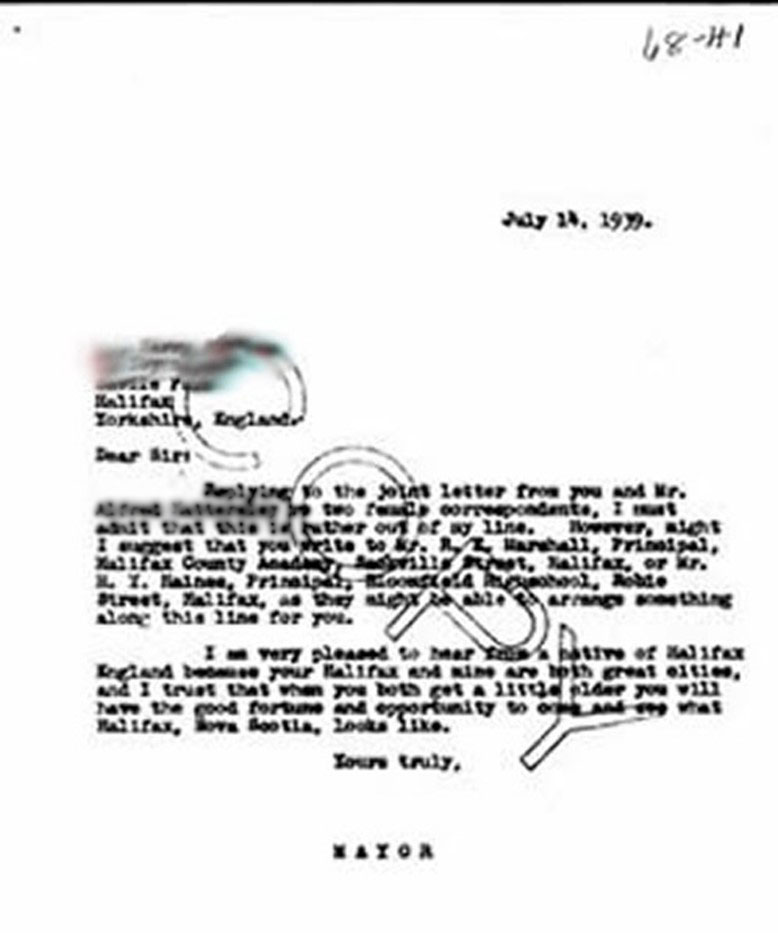 Mayor’s Office response regretting he can not assist the two gentlemen from Halifax, England, July 14, 1939

"Dear Sir,
Replying to the joint letter from you and Mr. (name redacted for privacy) re two female correspondents, I must admit that this is rather out of my line. However, might I suggest that you write to Mr. R.K. Marshall, Principal, Halifax County Academy, Sackville Street, Halifax, or Mr. N.Y. Malbec, Principal, Bloomfield High School, Robie Street, Halifax, as they might be able to arrange something along this line for you.

I am very pleased to hear from a native of Halifax, England because your Halifax and mine are both great cities, and I trust that when you both get a little older you will have the good fortune and opportunity to come and see what Halifax, Nova Scotia, looks like. Yours truly, MAYOR "