Over six days in November 1948, more than twenty-five thousand Nova Scotians flocked to the Armouries to view the marvels displayed at the Marine and Industrial Exhibition, hosted by the Port of Halifax.

Post-WWII, Haligonians were keen for some civic boosterism; the Nova Scotia Provincial Exhibition had discontinued in the early 1940s, and the 1948 fair was a welcome distraction. The Port of Halifax fair was held again in 1949, as the city geared up for its Bicentenary celebrations. 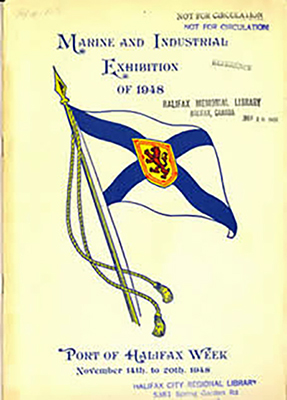 View a digital copy of the 1948 souvenir booklet which includes the program, list of exhibitors, descriptions of the Port of Halifax and the Club's plans for its future, and lots of 1940s advertising.

The Exhibition was a big extravaganza to promote the Port of Halifax, and showed citizens the extent to which city business was directly connected with the Port. 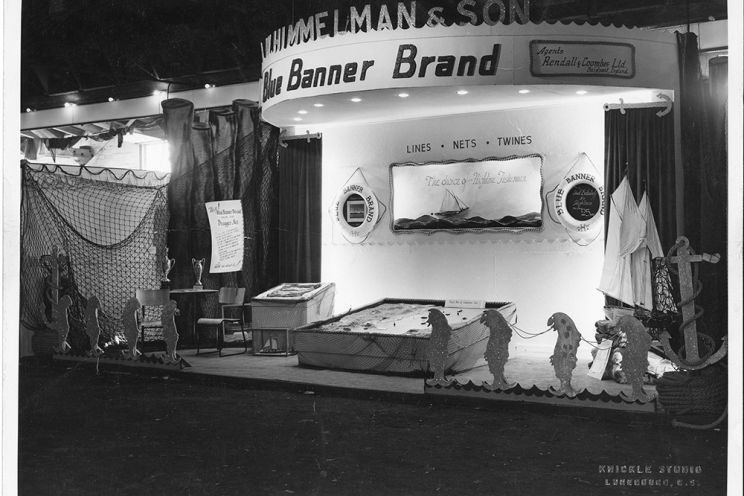 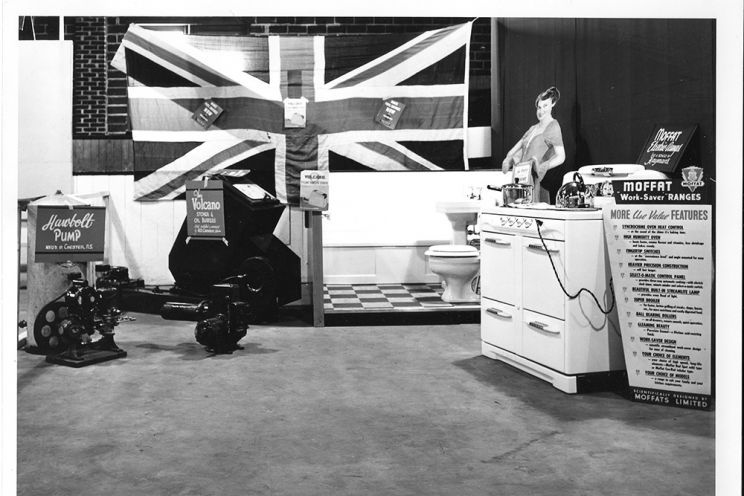 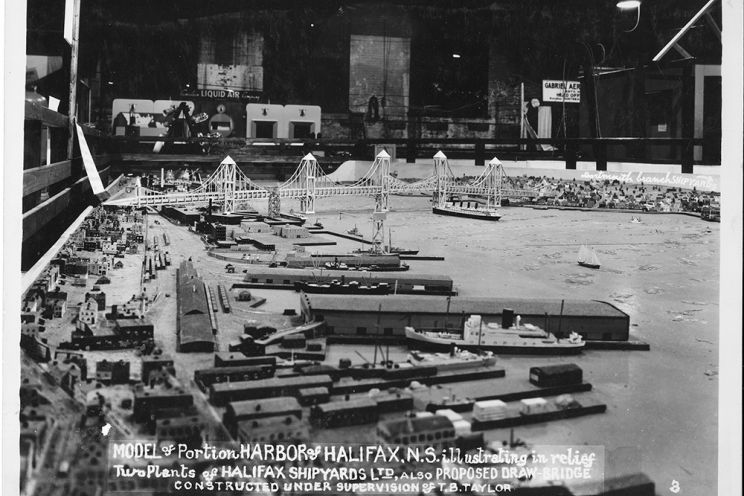 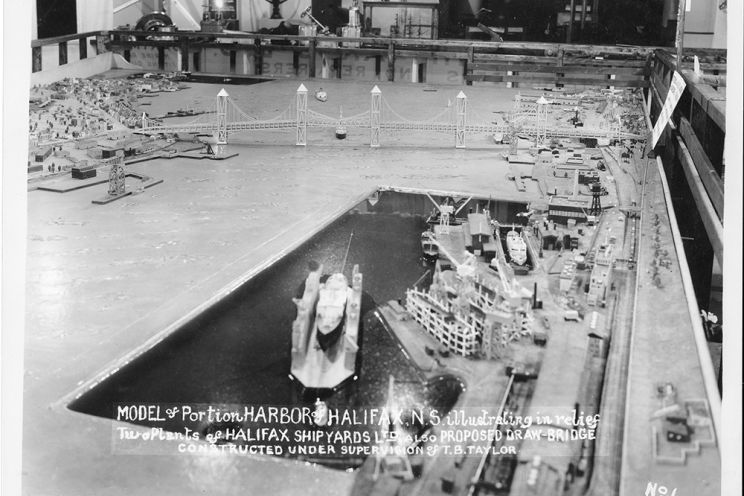 The images above show some of the Exhibition displays. Emerging from post-war hardships, the public was dazzled by displays of labour-saving devices. A draw for the Grand Prize of "a magnificent Canadian General Electric Refrigerator completely stocked with foods" was held on the final night of the Exhibition.

The working model of the Harbour, pictured above, was created by T.B. Taylor of Halifax Shipyards Ltd., who won the best exhibit award. The massive model included a proposed draw-bridge spanning the harbour. Construction on the first bridge to span the harbour would begin a few years later, with the Angus L. MacDonald Bridge opening in 1955. Its namesake was present at the Exhibition...

These images are from a donation to the Halifax Municipal Archives by freelance photographer Graham Lavers (CR 40 Graham Lavers' photograph collection). Graham Lavers' father, George, was hired by the Port of Halifax Club to organize the 1948 fair. In addition to photographs, this collection also includes a scrapbook which includes various news clippings and describes an exciting event that was the talk-of-the-town.

George Lavers got much of the city involved in and excited about the Exhibition. Local organizations and charities such as the Cornwallis St. Baptist Church choirs, Dartmouth Lions Club, the Ladies’ Auxiliary, and the Nova Scotia Association for the Improvement of Coloured People offered nightly entertainment, games, and refreshments as fundraisers.

The St. Joseph's and Protestant orphanages came on special day-time field trips, and George Lavers personally offered a running commentary of the displays to students from the Halifax School for the Blind.

Our thanks to Graham Lavers for donating this interesting material (and his many other photos of Halifax events), and to Halifax Public Libraries for facilitating the inclusion of their Souvenir Program in this exhibit.