On the evening of November 25, 1982 City of Halifax Mayor Ron Wallace and Hakodate Mayor Yasushi Yano signed a twinning agreement. Halifax aldermen and the 11-member delegation from Japan forge a relationship between Halifax and the Japanese city which, like Halifax, boasts a busy port, a historic star-shaped citadel, and a northerly climate. 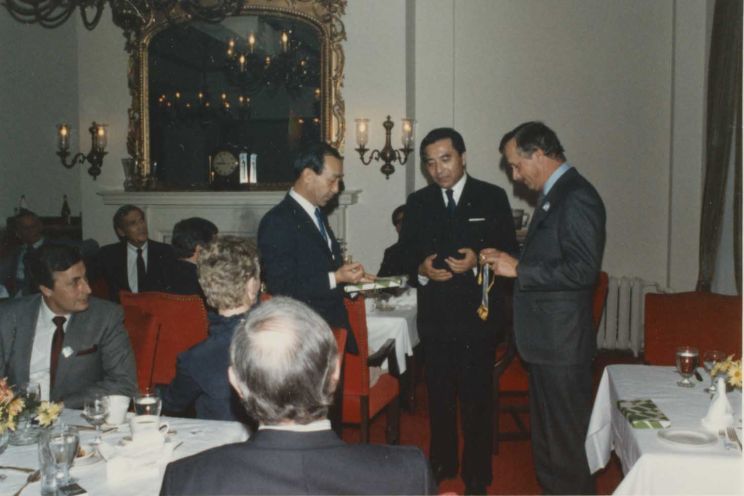 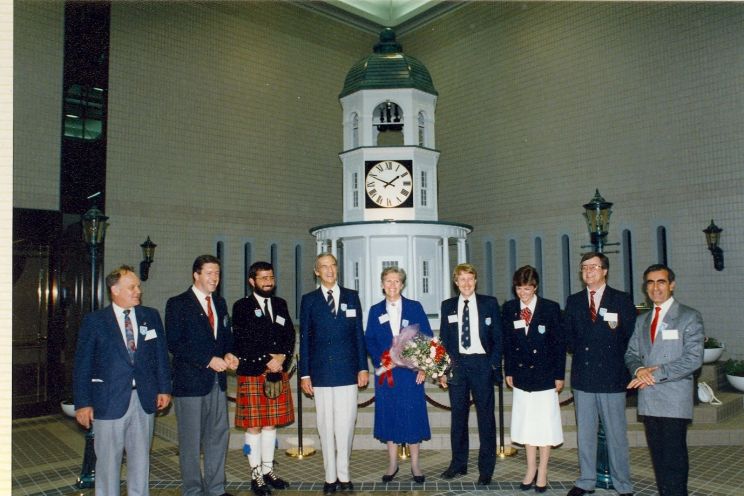 Mayor Ron Wallace (4th from left) and a delegation from Halifax were welcomed to their Hakodate hotel with this working replica of the Town Clock, July 1988. HMA 102-56-1-1.6 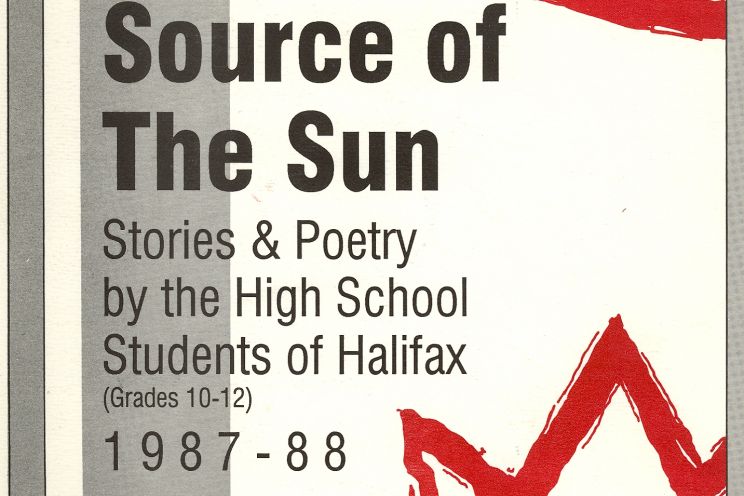 In 1988 Halifax held an art, story, and poetry contest to promote the twinning and to encourage creativity in youth. A selection of winning entries on the theme of Japan or Japanese people living abroad was published in this booklet. HMA 102-56-1-5 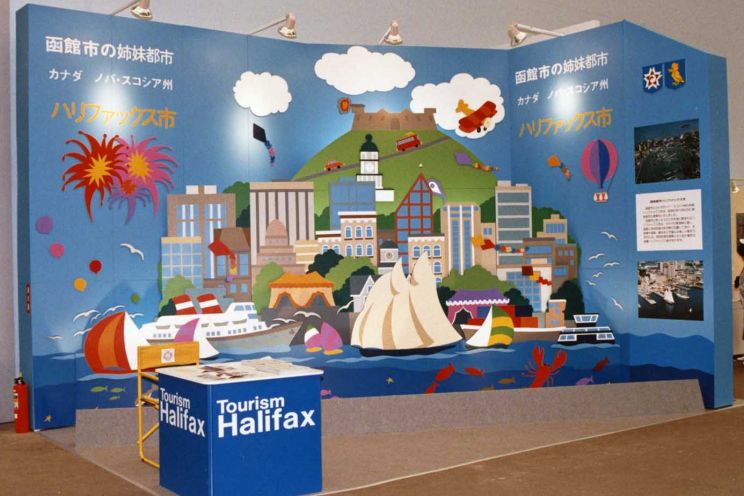 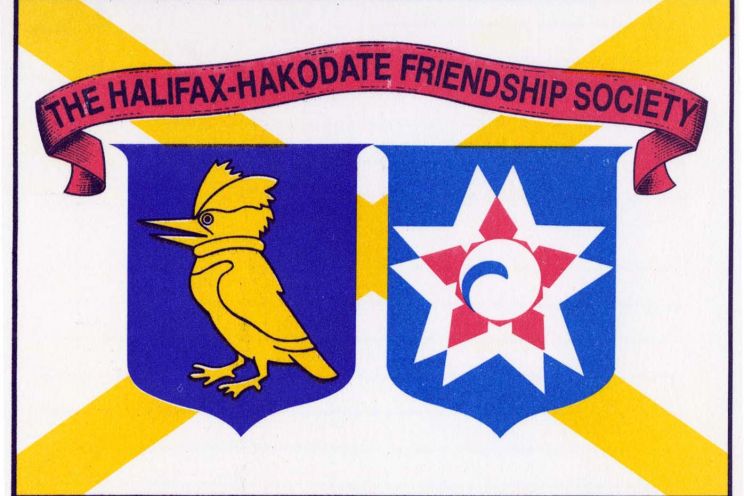 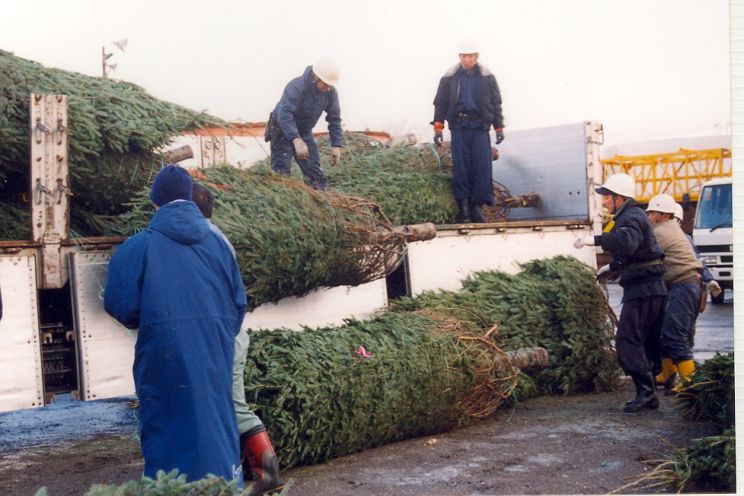 Each year the Hakodate Junior Chamber of Commerce selects many Nova Scotia fir trees to send to Hakodate for its Christmas Fantasy. They construct one huge tree as the centrepiece of their holiday celebrations. These images are from 2000. HMA 102-56-1-7 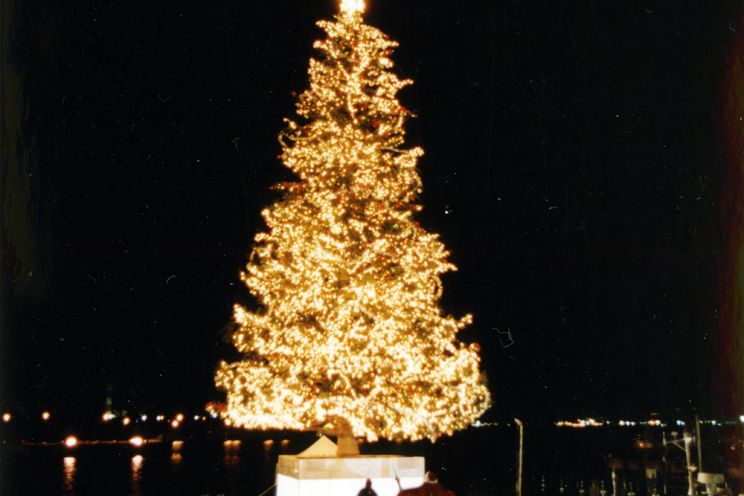 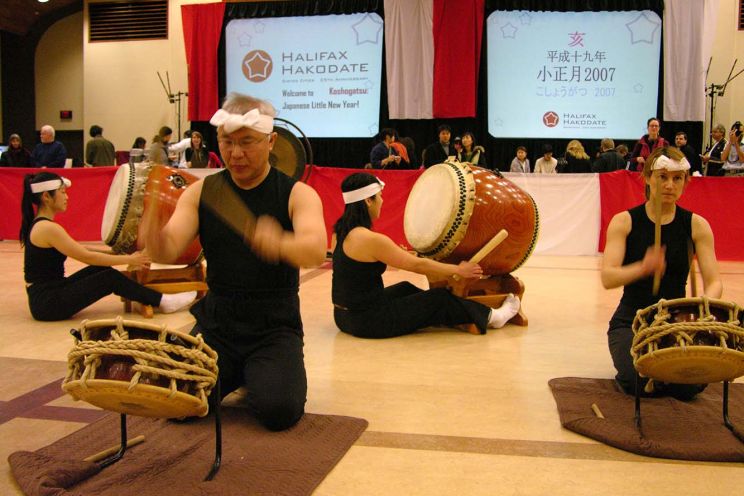 History of Twinning Activities between Halifax and Hakodate: 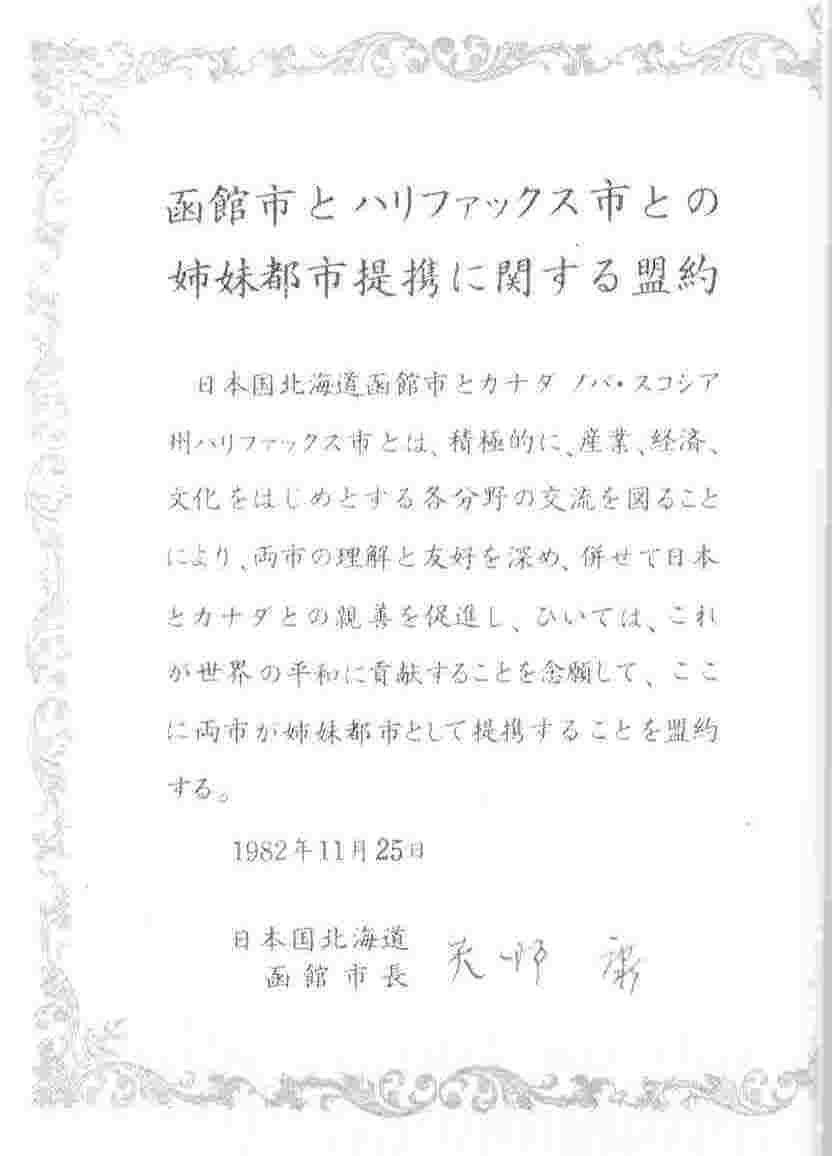 Agreement of Twinning between Halifax and Hakodate written in Japanese, HMA 102-56-1-3 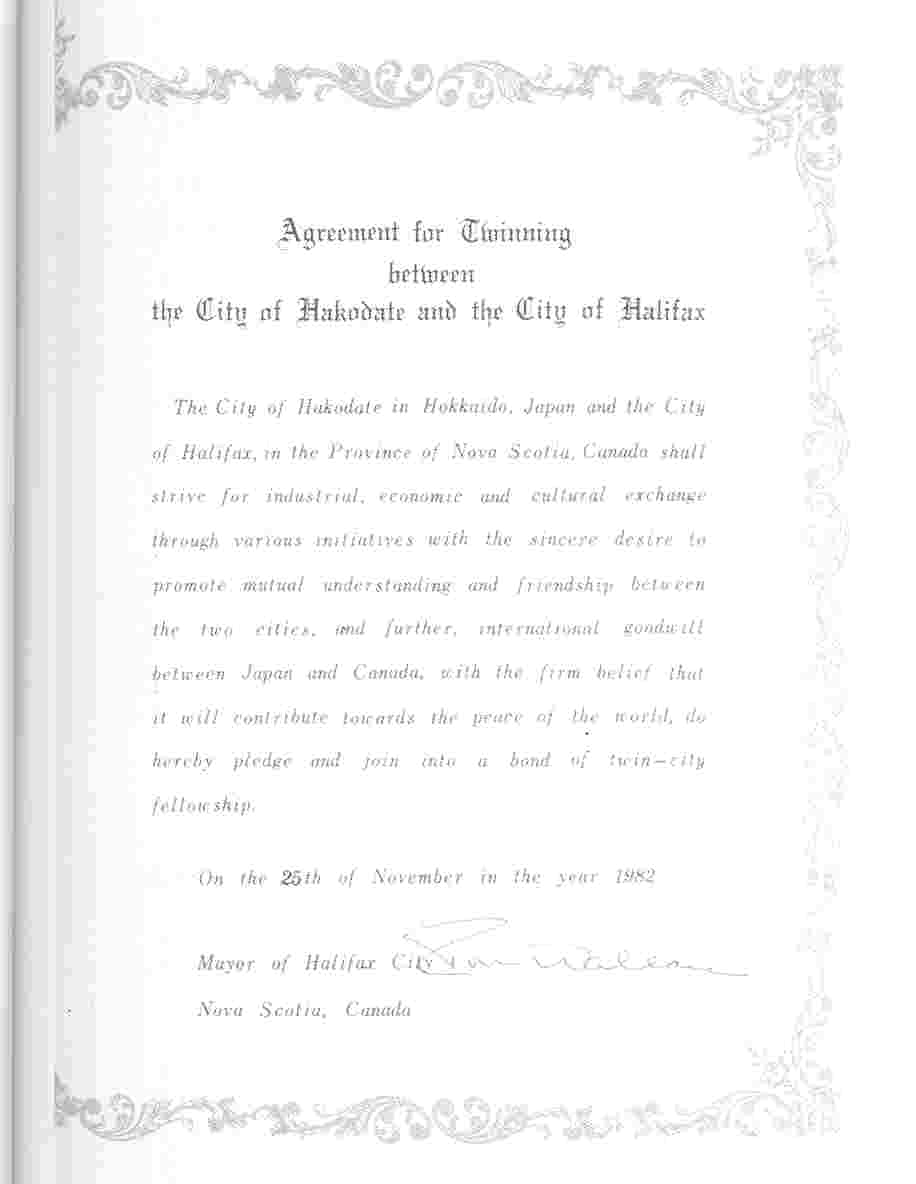 Agreement of Twinning between Halifax and Hakodate written in English, HMA 102-56-1-3

1985:  Mayor Wallace and family travel to Hakodate.  Hakodate Mayor Shibata visits Halifax with a 103 member delegation that includes a choral group and band who performed the Harbour Festival Dance in Grand Parade.  St.  Mary's University hosted Japan Week with cultural exhibitions.  In October, Hakodate gives Japanese plants which are planted in a ceremonial bed in the Public Gardens.

1988: Halifax-Hakodate Friendship Society established in Halifax and Halifax delegation visited Commemorative Expo opening the undersea Seikan Tunnel to Honshu.  The fifteen-foot high working replica of the Old Town Clock is a feature of the visit.

1990: Halifax citizens' delegations visited Hakodate (Contact the Archives to view a  video of the visit)

1993: Hakodate City Board of Education hired its first Assistant English Teacher from Halifax

1995: Hakodate delegation attends G-7 Summit events in Halifax (Contact the Archives to view a  video of the visit)

1999: Hakodate delegation attends celebration events for the 250th anniversary of the founding of Halifax

2017:  35th Twinning Anniversary Celebrations - Hakodate delegation visits Halifax for 2 days in July, led by Hakodate Mayor Toshiki Kudoh and Chairman of the City of Hakodate Assembly Hiroyuki Kanazawa.  The visit includes tours of the Port of Halifax, Pier 21, Halifax Central Library, and the Public Gardens, as well as presentations about Halifax municipal planning and economic development, and a commemorative tree-planting in the Grand Parade.