Even after Victory in Europe May 8, 1945, Halifax continued to play an important role as a wartime port. Ammunition from ships being retrofitted for service in the Pacific was temporarily stored at the Bedford Magazine on the shores of the Bedford Basin north of Dartmouth. On the evening of July 18, 1945 a fire at the magazine's jetty set off a series of explosions through the night and into the next morning. Recalling the devastation of the 1917 Halifax Explosion, thousands of residents of Dartmouth and north Halifax evacuated their homes, fleeing the city or choosing to spend the night outdoors in parks rather than the many emergency shelters that opened. One patrolman was killed, and many others injured; however the quick action of fire-crews avoided much devastation.

Halifax Municipal Archives presents these digitized primary sources  on the 75th anniversary of the Bedford Magazine Explosion. If you or your family have any related photos or documents, please consider donating them to the Archives. 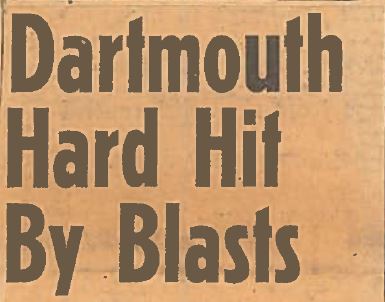 Firefighters are diligent, both in their work and in keeping historical record of their activities. The Municipal Archives has many scrapbooks and historical information files created by the Halifax Fire Department, consisting of news clippings and photographs of local fires and fire fighting activities. Read the news coverage from local papers as well as papers from Boston and Moncton, that firefighters kept about the 1945 Explosion. (102-111-3 and 102-111-6-7) 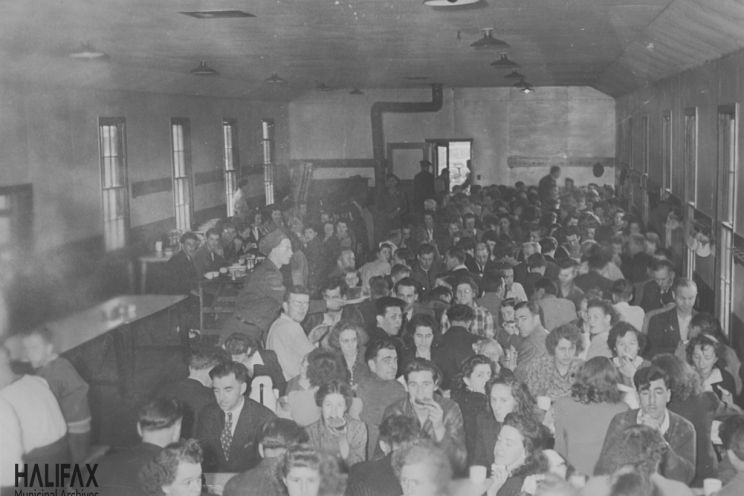 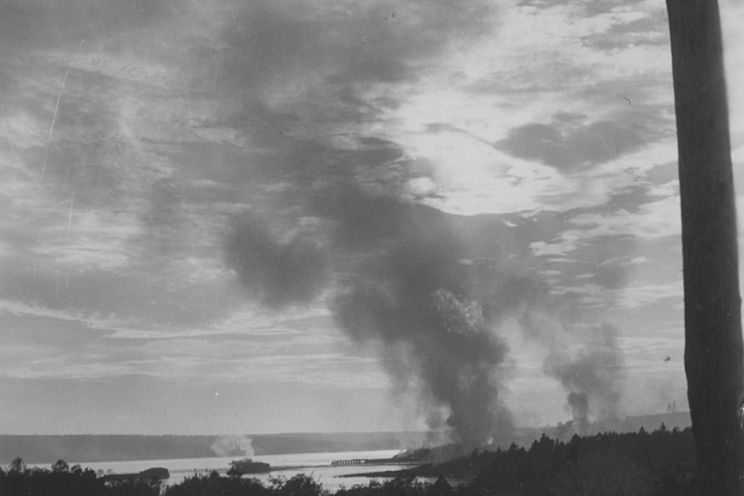 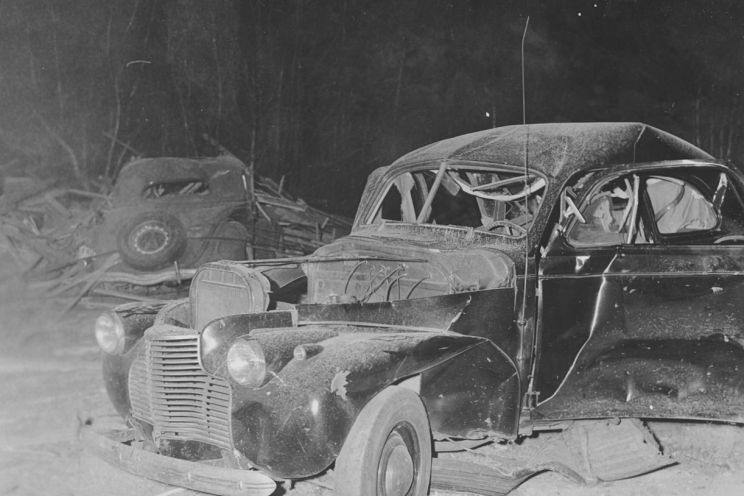 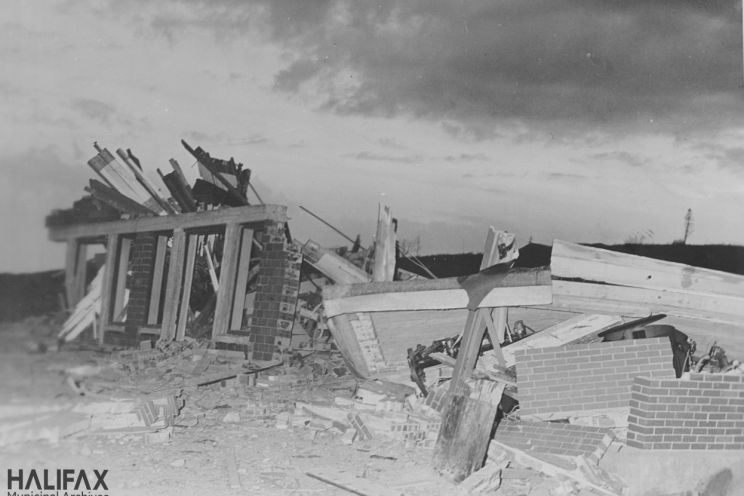 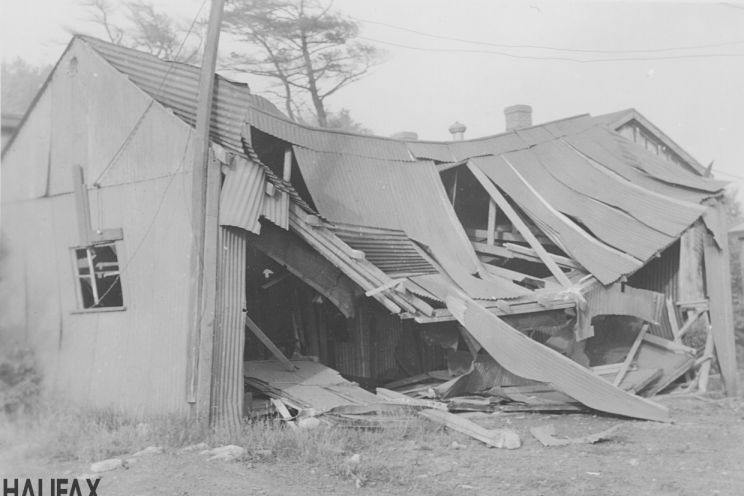 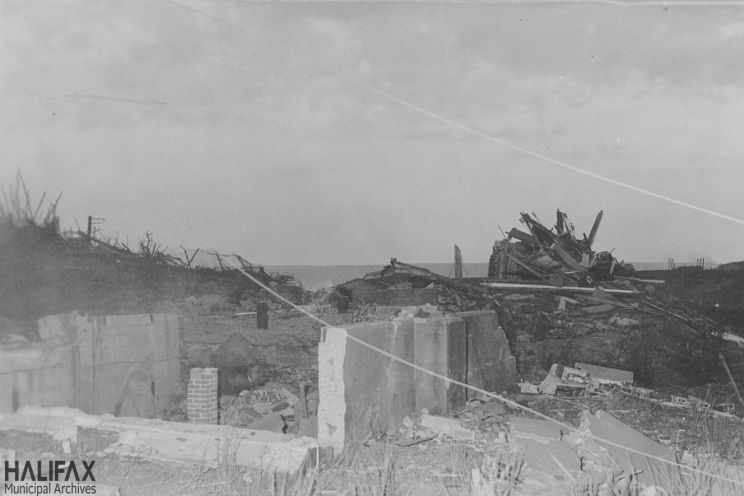 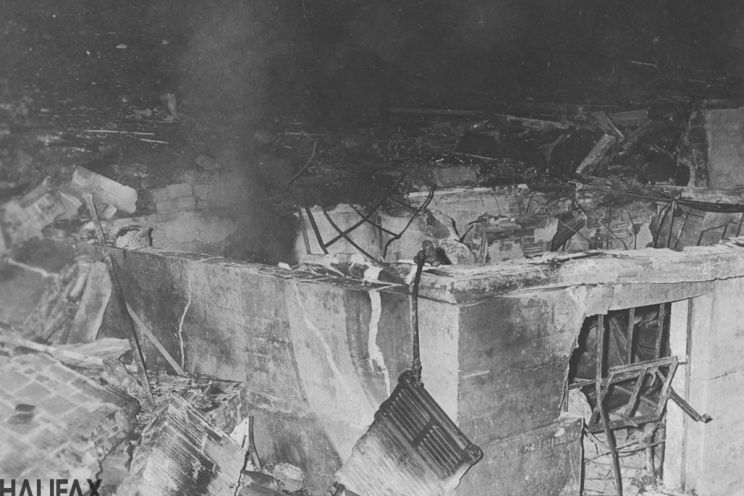 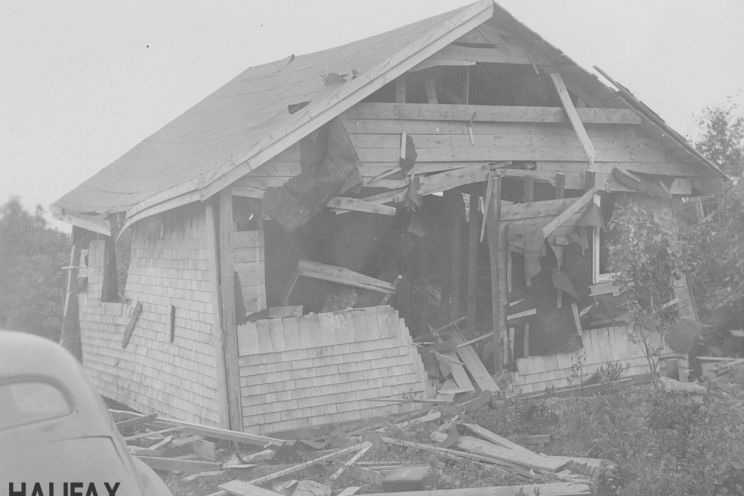 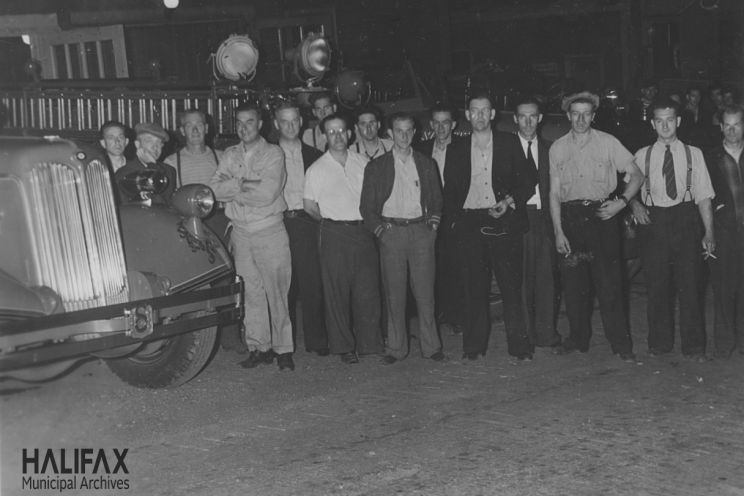 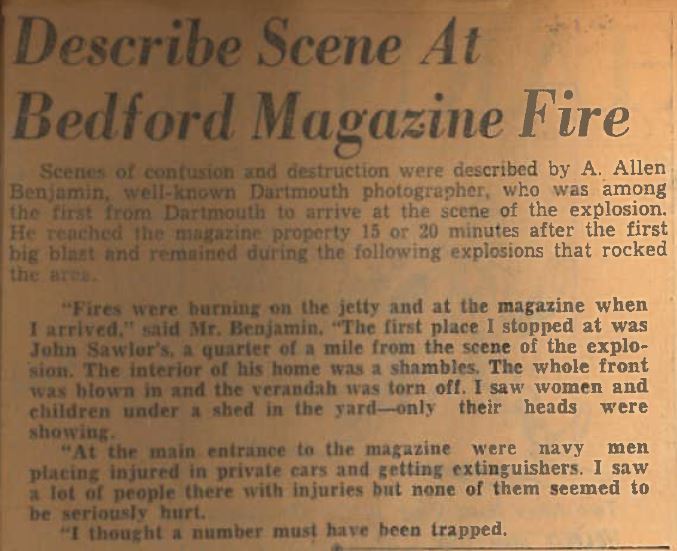 Dartmouth photographer Allen Benjamin was one of the first on the scene, as he describes in this July 19 news clipping. Some of his photographs were published in local papers, and he later put together this souvenir booklet of images.

The images in his souvenir booklet are not identified, so please contact the Archives if you recognize any of the people or places in the images.

Dartmouth Town Council, at their next meeting after the explosion considered a detailed report by the Town Solicitor and unanimously passed a resolution objecting to the federal Finance Minister's handling of the payment of damages to property owners and requesting that National Defence pay all damages in full. They also requested that the explosives magazine be moved far from Dartmouth. Into the spring of 1946, the Town continued to be dissatisfied with payment for damages to the Town Hall, the Fire Station and Jail, and Park School. 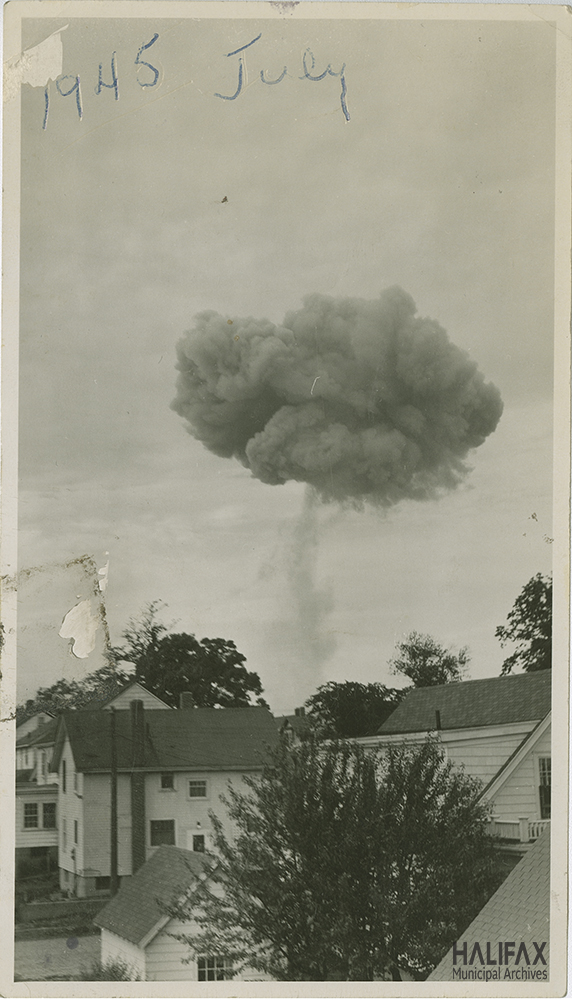 A citizens' meeting about the explosion was held at Halifax City Hall on July 23 where a resolution was drafted requesting that the City be represented at the enquiry, that the munitions depot be moved, and that full compensation for damages be paid by the Dominion Government. Aldermen passed the resolution and agreed to send representatives to a protest meeting about explosion compensation on August 7.

City Council decided not to take up Dartmouth's resolution to petition federal authorities, preferring to wait until the Naval Enquiry was completed.

Read the reports and minutes of Dartmouth Town Council (101-1A).

Read the minutes of Halifax City Council (102-1A).

In the days following the explosion, Mayor A.M. Butler received pleas from citizens and organizations like the Halifax Board of Trade to request the removal of munition stores near the city and to ask about how compensation for damages would be made. His telegram requests to the Minister of Defence and Naval Affairs to involve the City in the enquiry were rebuffed. The Mayor continued to appeal to federal MPs for compensation well into 1946. 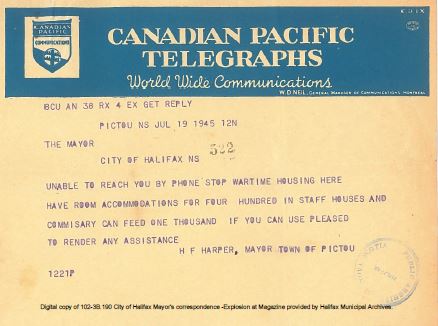 Help offered from near and far

The day after the explosion, Mayor Butler received telegrams offering assistance to feed and house the affected population, and to re-build damaged areas. The Mayor wrote to his counterparts in the Towns of Windsor and Bridgewater to thank them for so quickly making up and sending sandwiches and coffee that was distributed to residents evacuated from their homes. Mayor Butler also gratefully declined the offers of help from the Towns of Pictou, Sydney and New Glasgow, and the Cities of Fredericton and Saint John. A New York businessman, former "Dalhousiean" even sent an offer for any glass-repair needed.

Read the correspondence received and sent by Mayor Butler (102-3B.190 - names and addresses redacted for privacy until 2045). 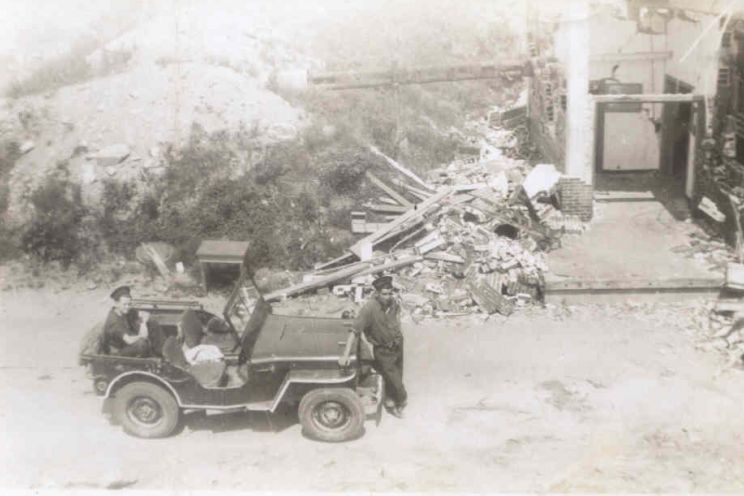 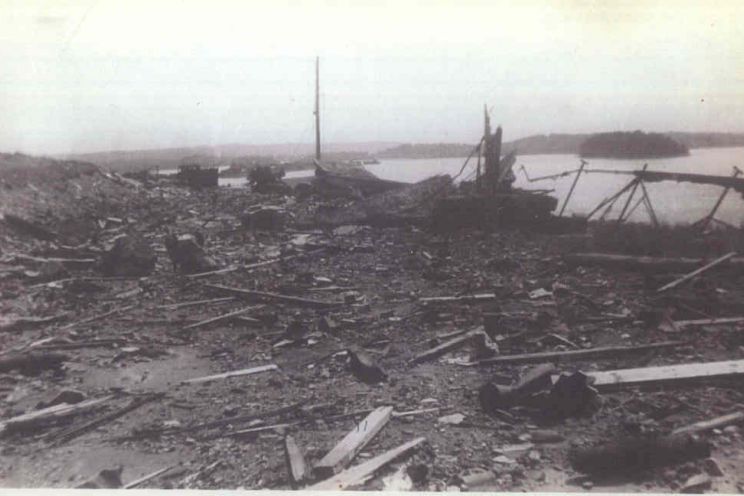 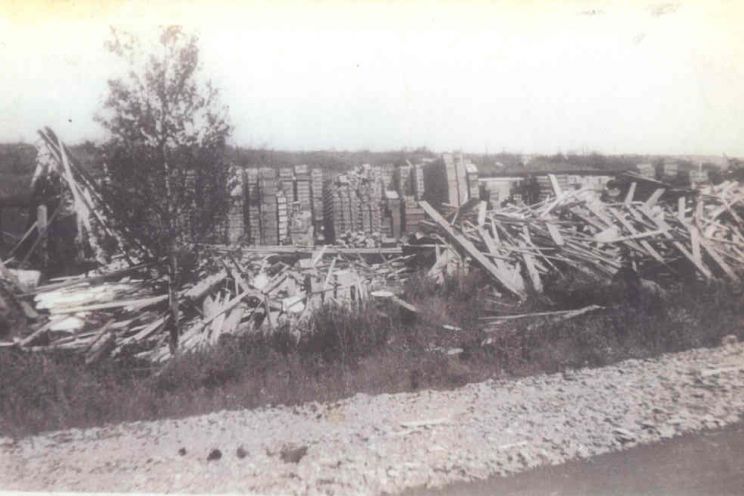 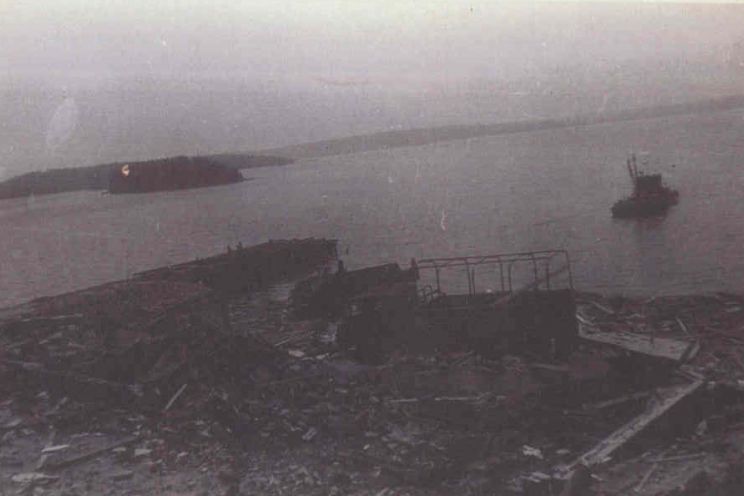 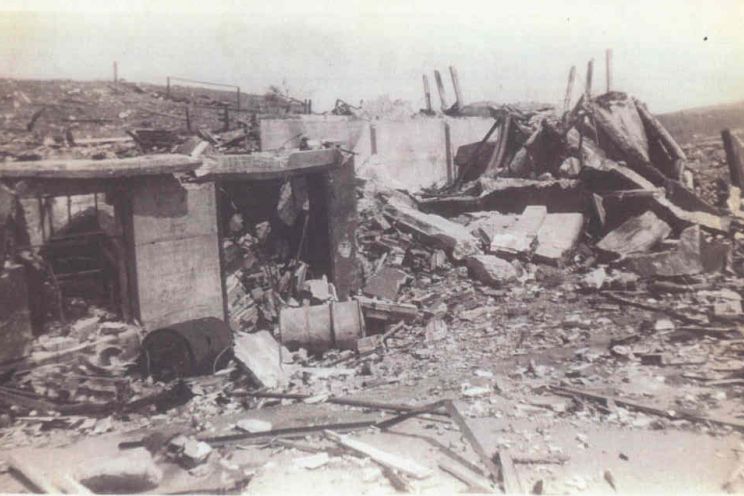 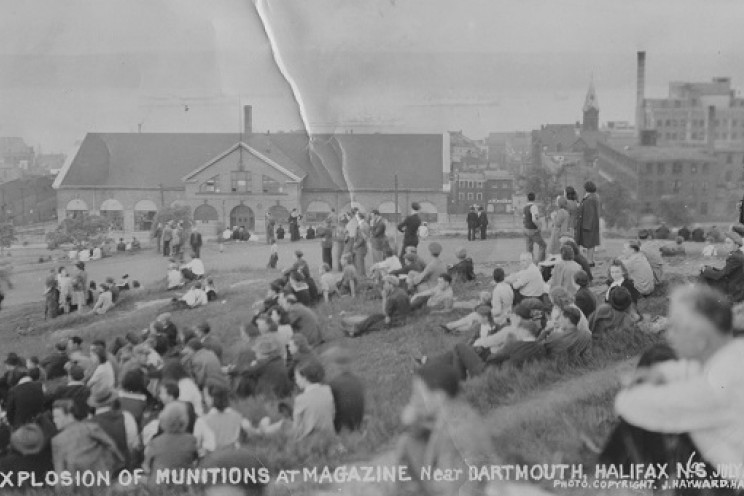 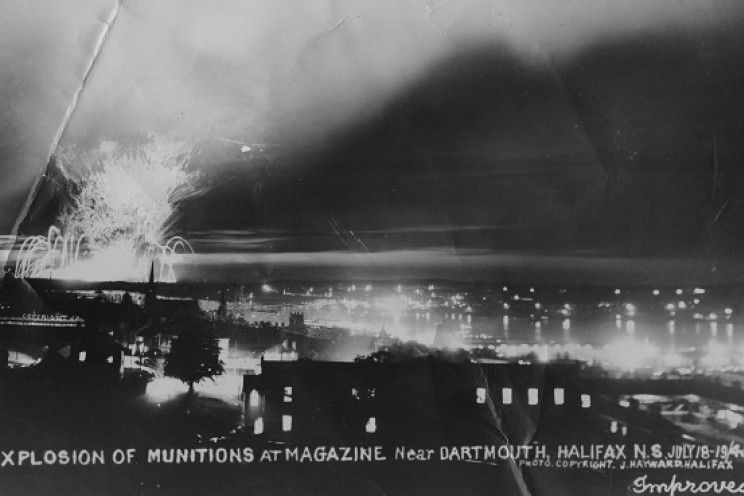 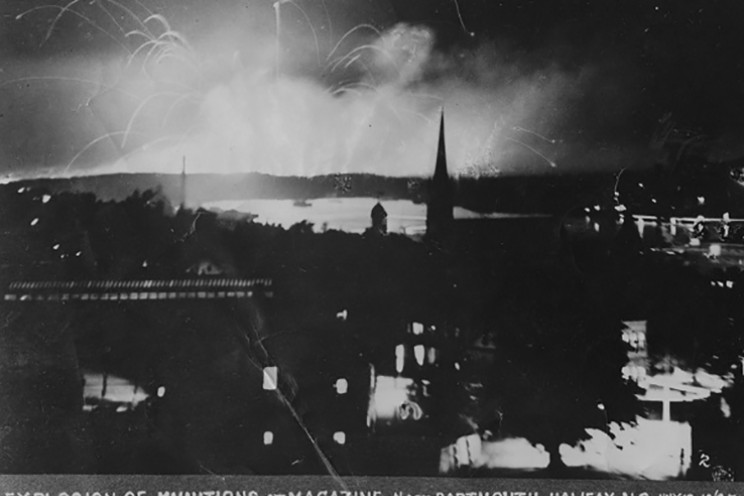 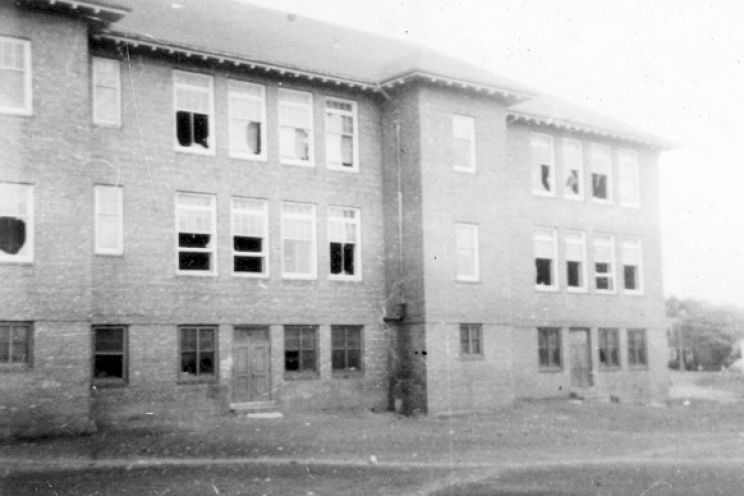 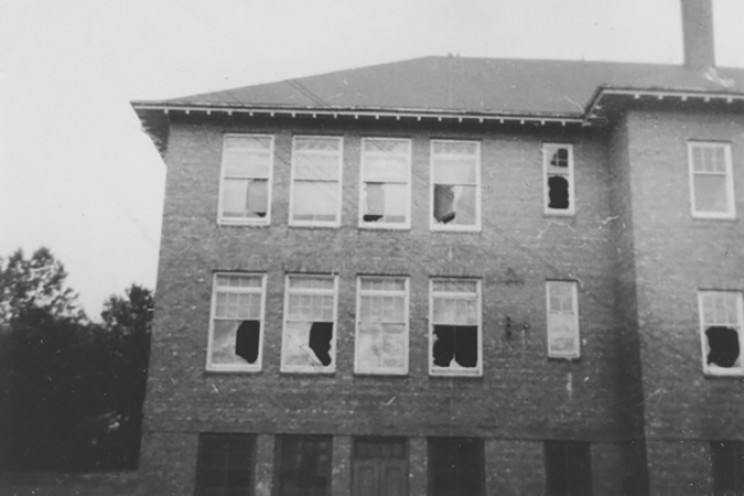 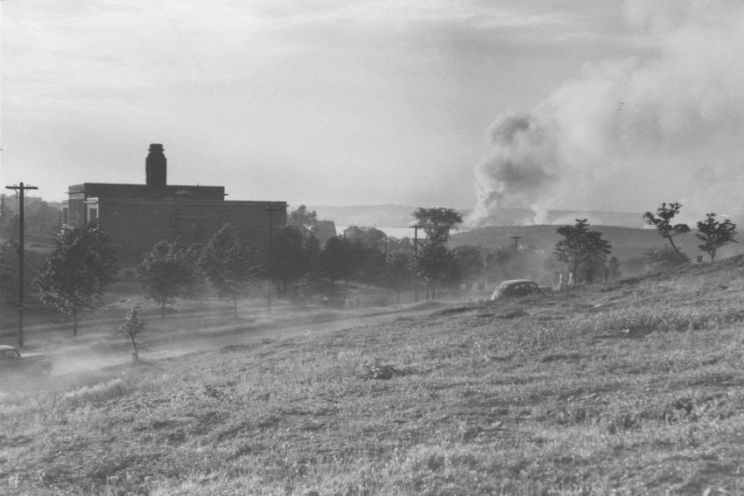