Point Pleasant Park sits at the southern tip of the Halifax peninsula. Comprising 185 acres of forest, trails, beaches, monuments, and military fortifications, the Park has a rich history and has been an important landmark for the region’s people. The site was a significant Mi'kmaq gathering place known as Amntu’kati (“spiritual place” or “the place of spirits”), then served as an important British defensive site, where numerous fortifications and batteries were constructed to guard the entrance to the harbour. 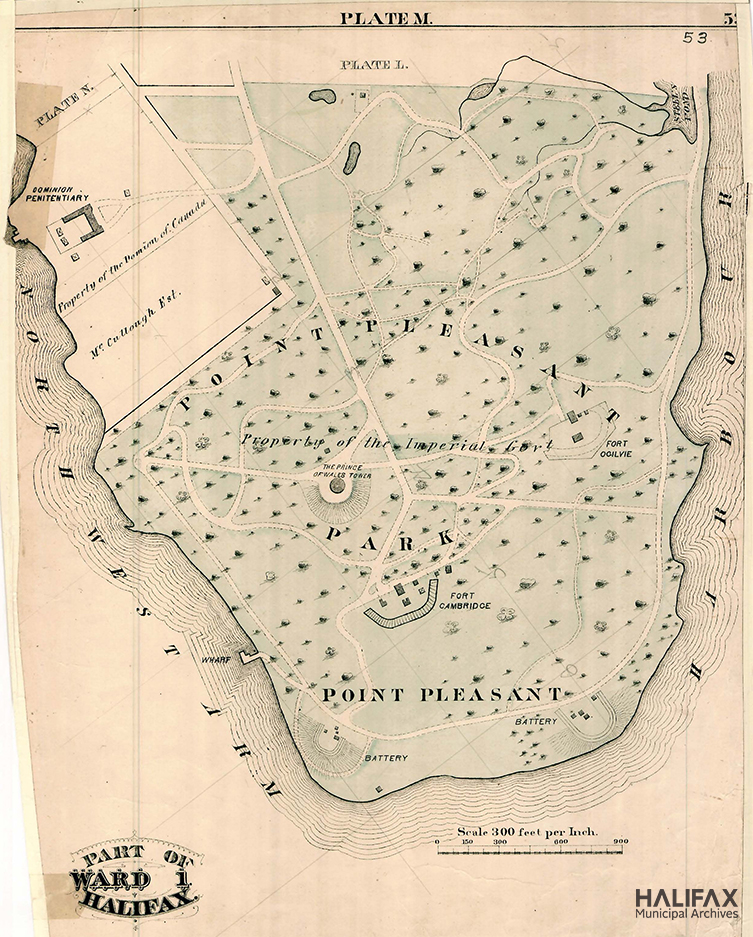 Since the late 19th century the park has been leased from the British government at the cost of 1 shilling per year; beginning in the 1960s, an annual shilling ceremony has been held to symbolize the renewal of this lease. The 20th century saw the transition of the park into the recreation and leisure destination it is today.

To commemorate the park and its place in Halifax’s history, the Municipal Archives provides this guide to records in our holdings relating to the City’s management and development of Point Pleasant Park. While we have attempted to make this guide as comprehensive as possible, it may not be an exhaustive listing of all relevant materials in our holdings. This guide will be added to as new materials are acquired and described. 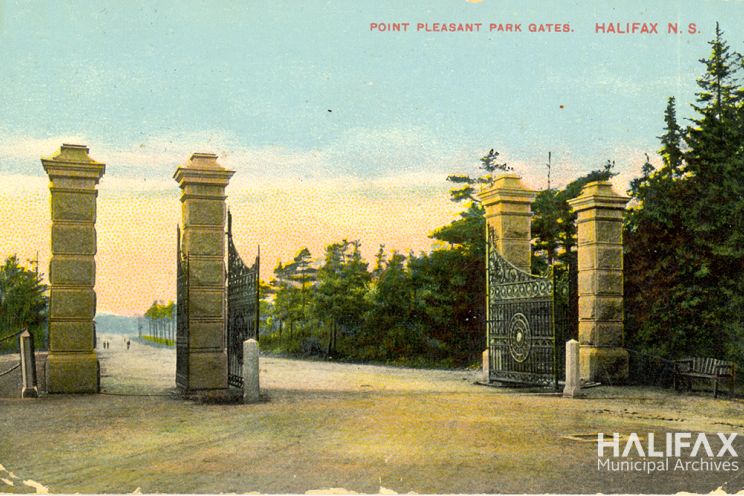 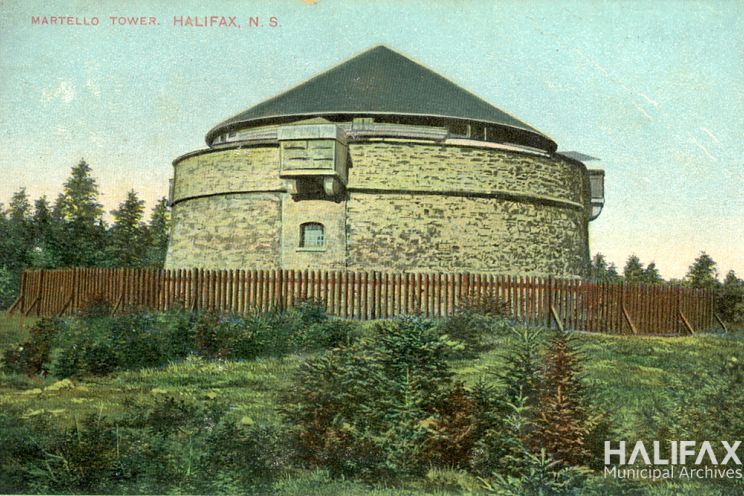 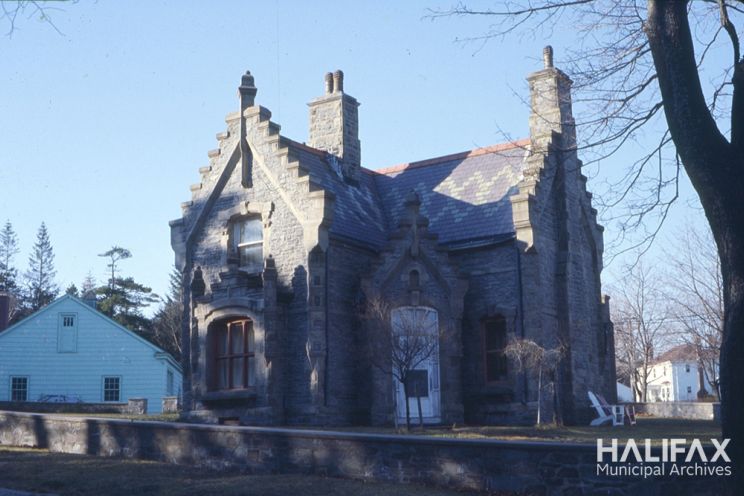 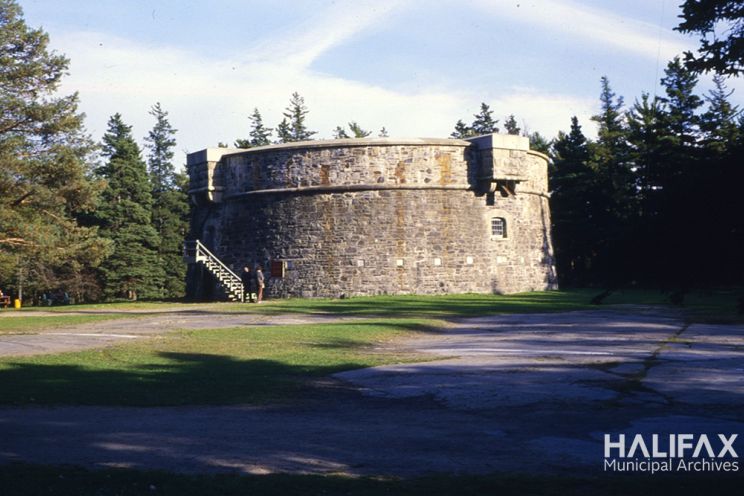 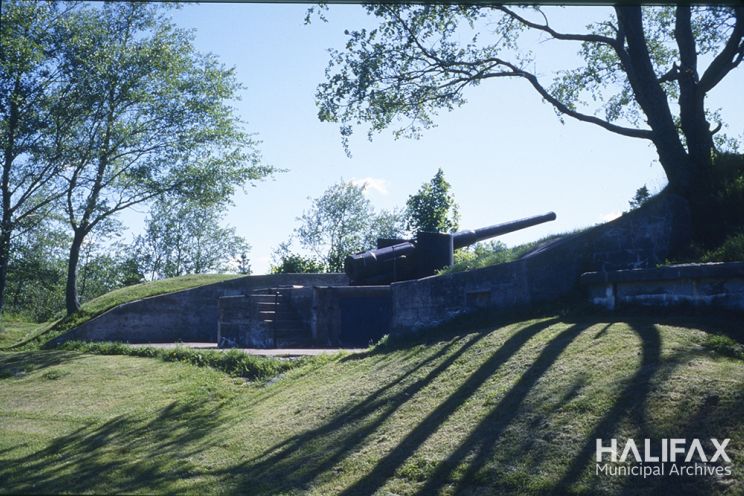 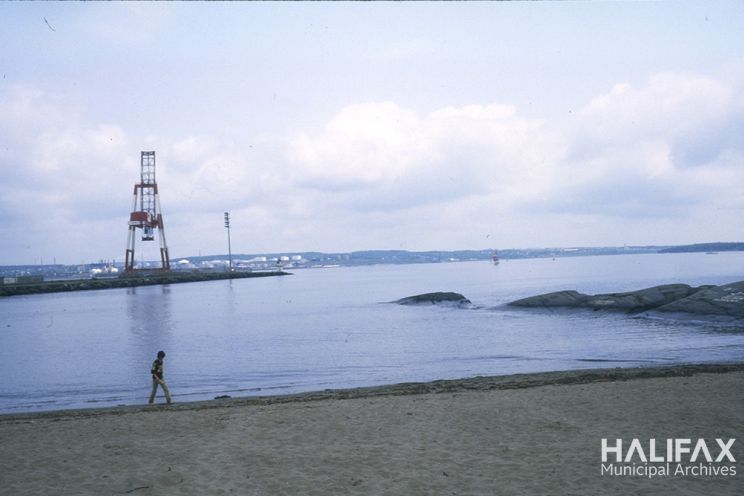 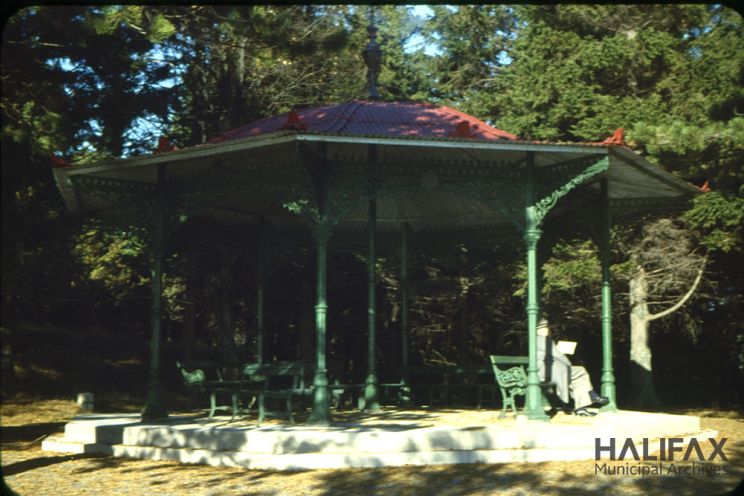 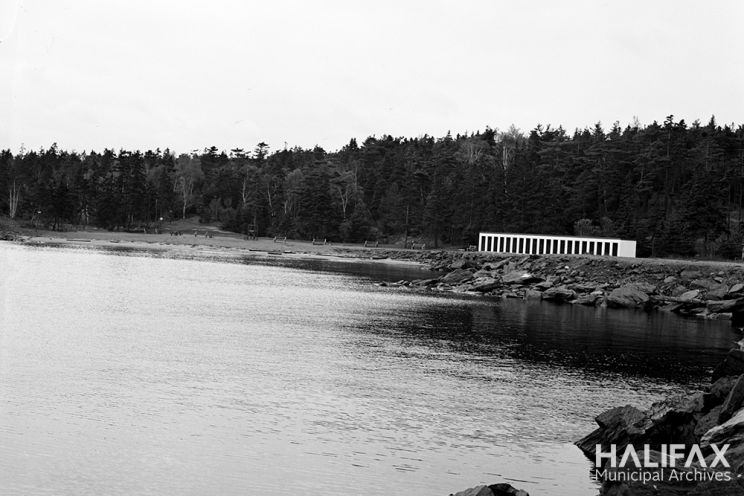 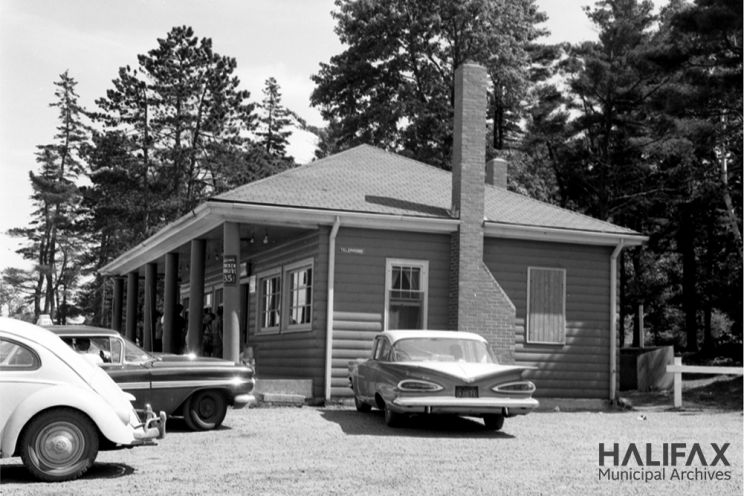 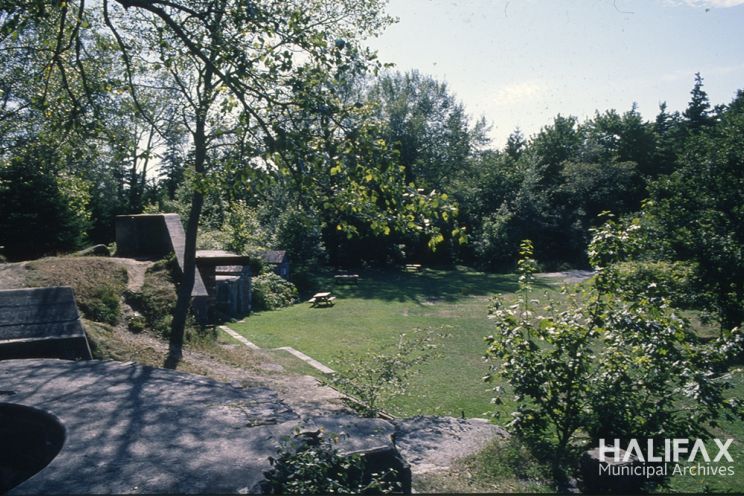 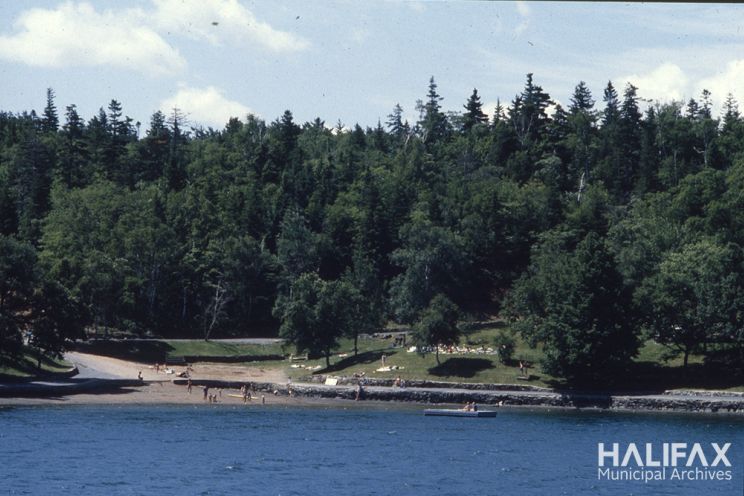 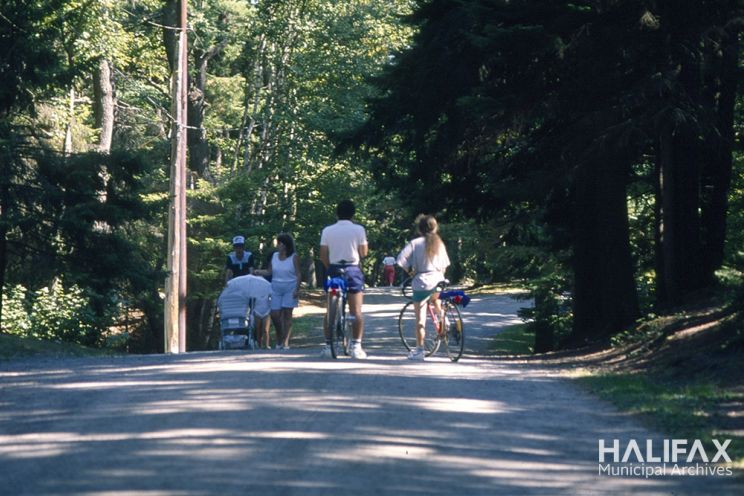 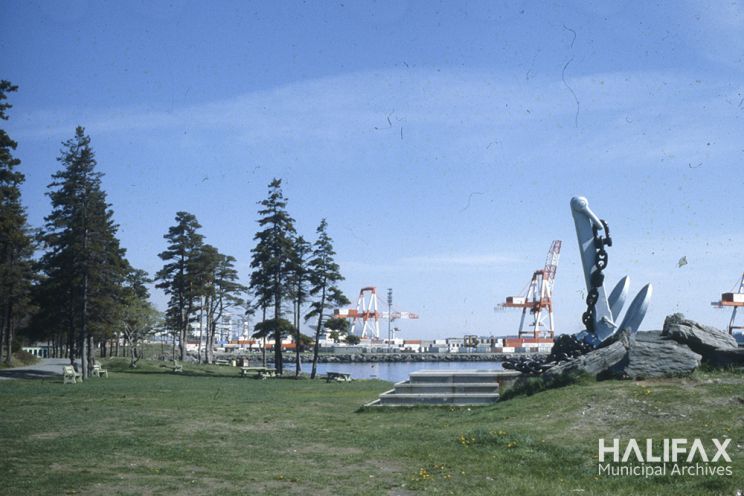 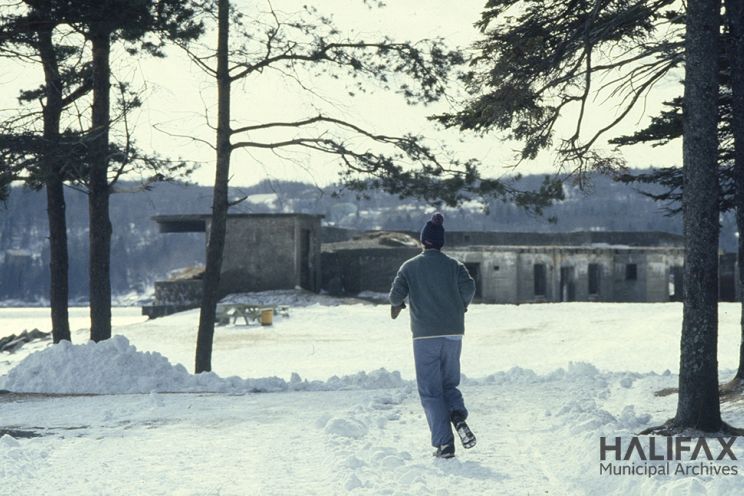 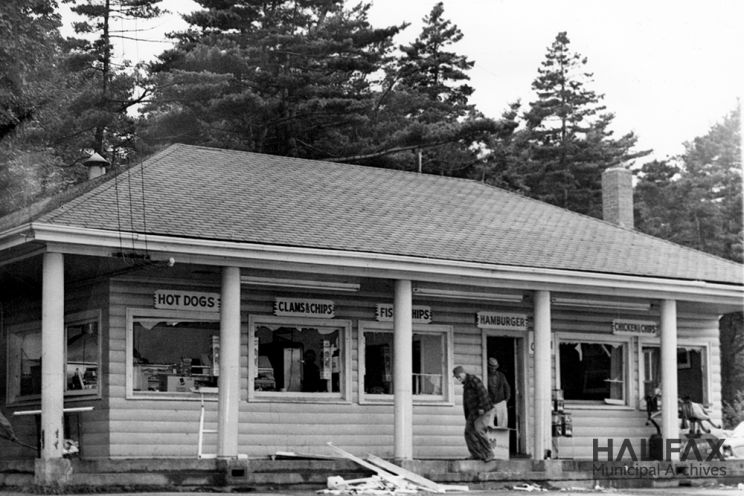 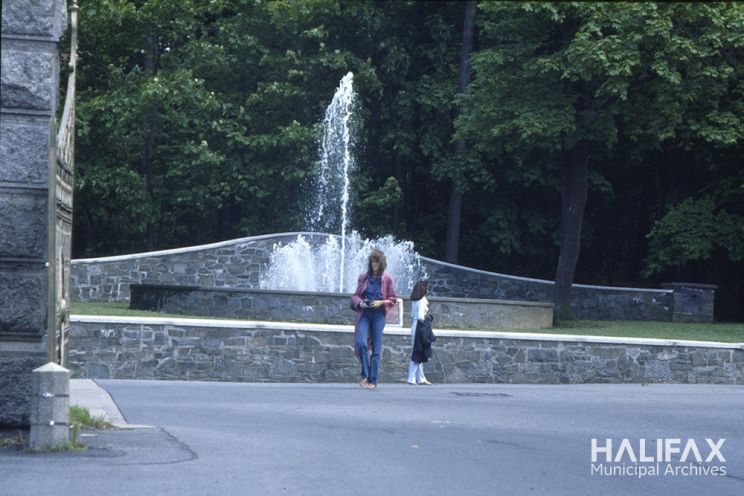 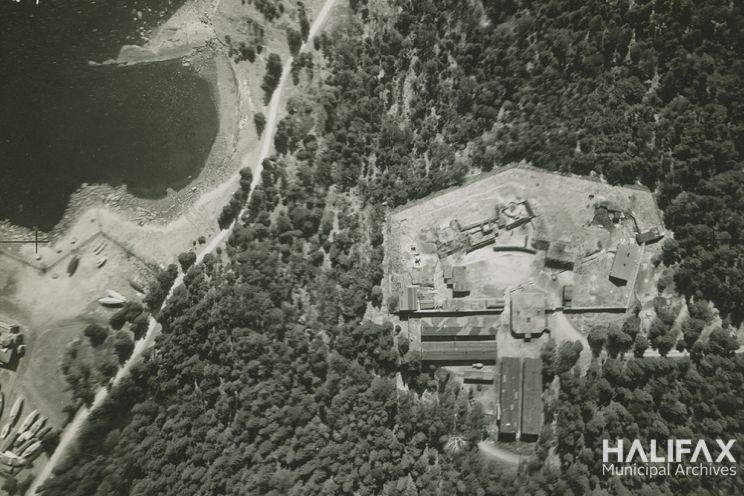 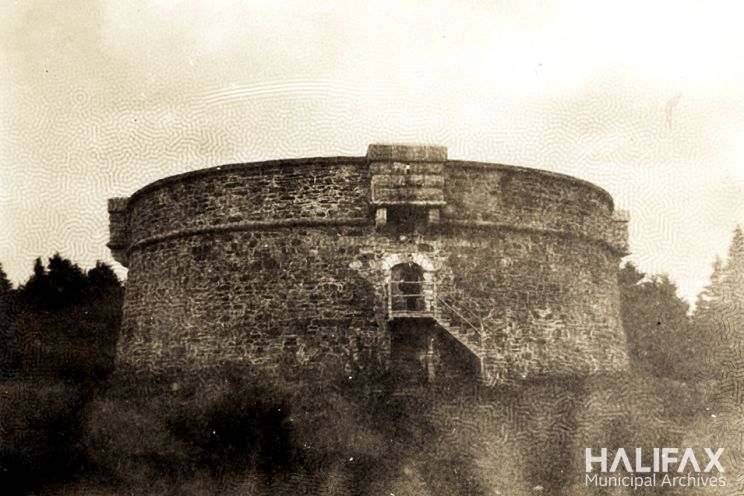 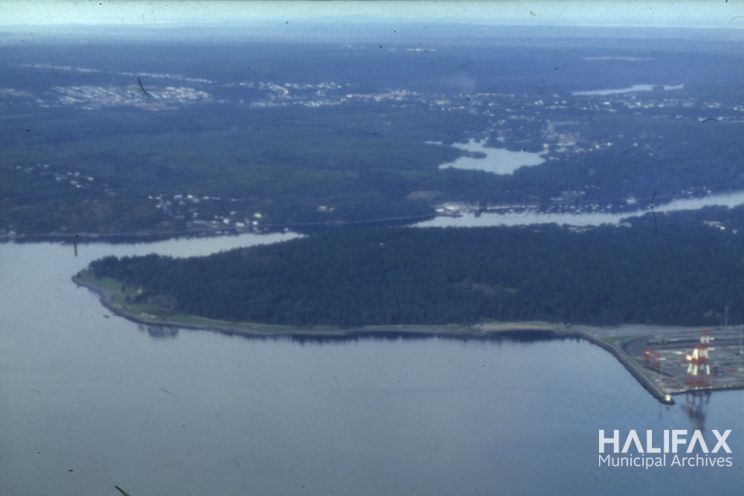 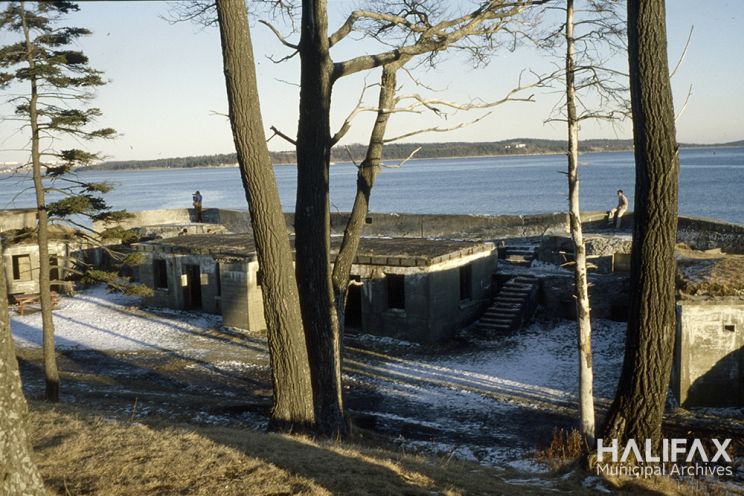 The Municipal Archives holds many photographs depicting Point Pleasant Park, described in the following listing. Many images have been digitized and samples of them can be viewed in the above slide gallery, on our Flickr page, or in our online database.

Ernie Reksten was a travelling salesman and compulsive photographer who came to Halifax on a business trip in 1956 and photographed, among other things, the park’s gazebo/bandstand (30 photographs, digitized).

Graham Lavers was a professional photographer who often worked for the City of Halifax to document its landmarks and special events, and who also taught photography at community college. Among his teaching photographs are 4 photographs of the park (digitized).

Nola Stoddart and her family collected many WWII-era mementoes, including photographs of Point Pleasant Park’s gates and the Prince of Wales Martello Tower. 3 photographs (digitized).

This series includes several aerial photographs of military installations, including an overhead view of Fort Ogilvie in Point Pleasant Park.

The Point Pleasant Park Commission was the managing body for the park. Established in 1866, its directors had the power to make park regulations or by-laws, appoint gatekeepers, accept financial donations for the park, and hire the superintendent and other workers to improve the grounds, with the approval of the Halifax Royal Engineers. The responsibilities and power of the board changed little over its 130-year life. Following amalgamation in 1996, the board was reformed as the Point Pleasant Park Advisory Committee. Records in this series include correspondence and reports, minutes, and regulations. 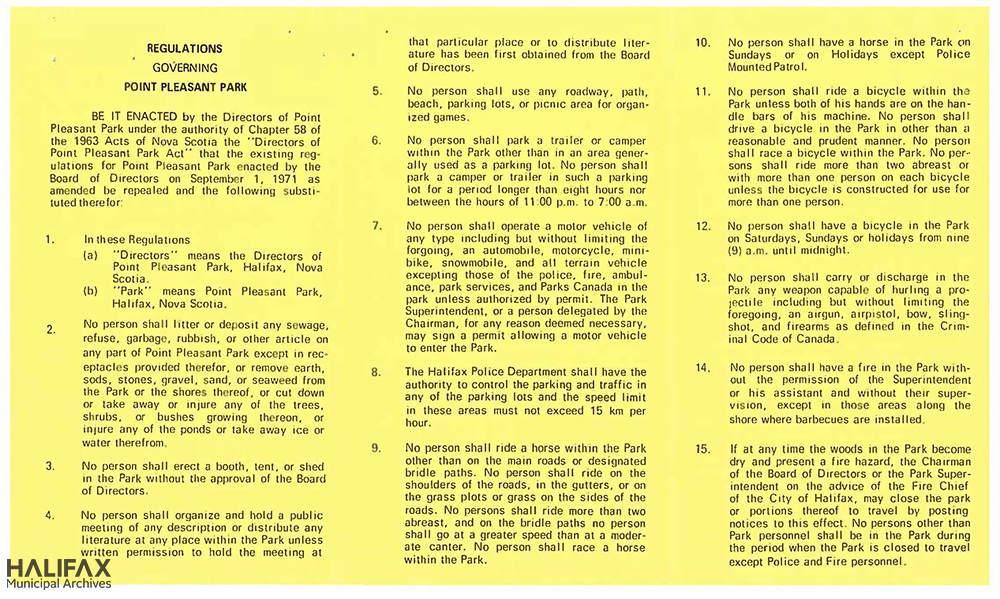 This sub-series within the Development and Planning Department records consists of reference files used by the department to assist in the planning, development, and redevelopment of various pieces of land throughout Halifax. 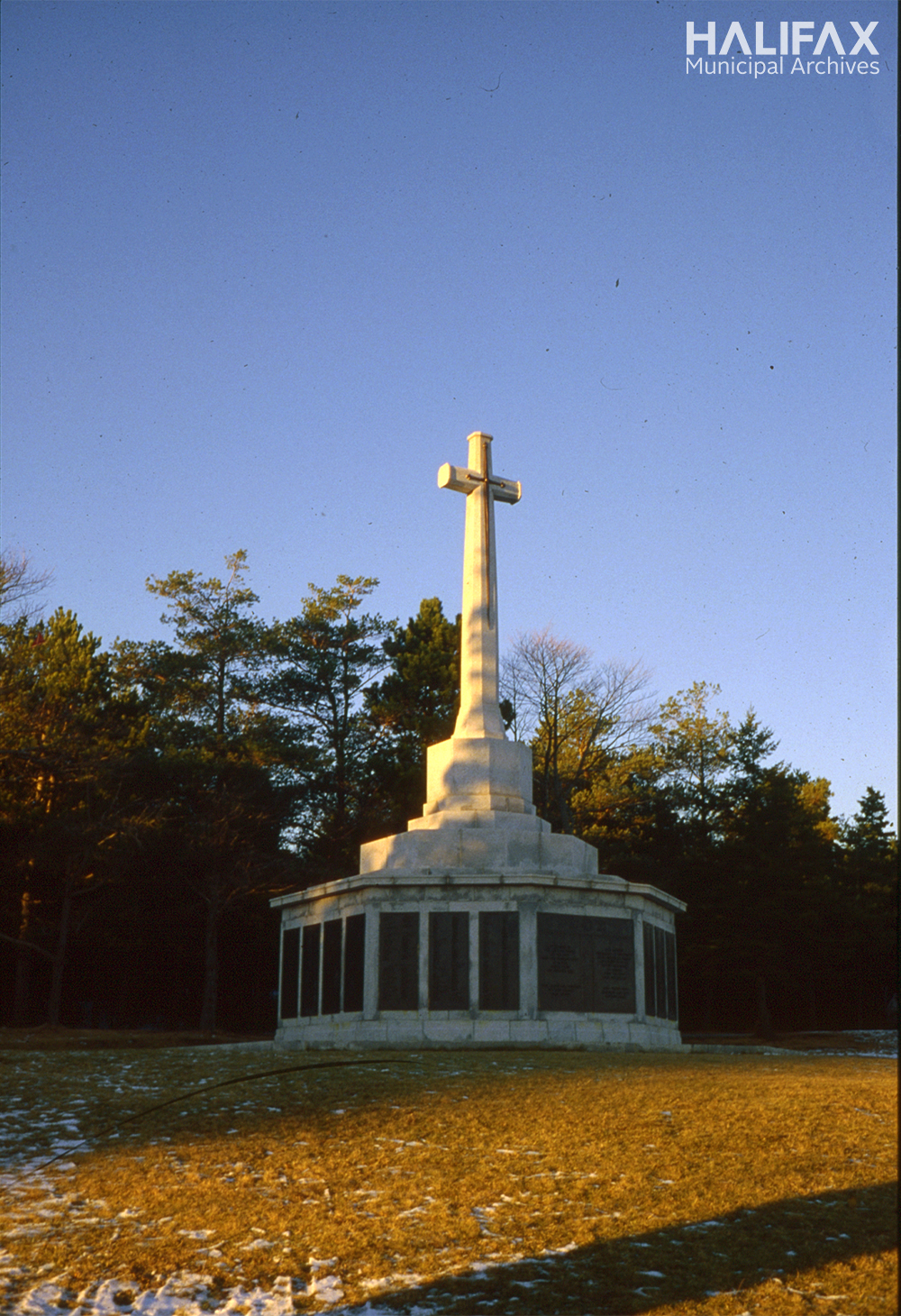 Series includes records created or collected by the Mayor’s Office, including correspondence, scrapbooks, and subject files. These files cover a wide range of topics; Point Pleasant Park may be referenced in other files. Researchers should also browse file lists for this series in the archives’ database.

Council minutes and submissions are an excellent source of information about decisions and development of municipal issues, including issues relating to Point Pleasant Park.

We recommend you start by searching the indexes to find relevant references, and then consult those minutes directly. Reports, correspondence and petitions mentioned in the minutes are not included in this digitized content; contact the Municipal Archives to obtain copies of these submissions.

Local historian Lou Collins collected research and records on multiple historic sites and buildings in Halifax for general interest, academic work, and his advocacy for the preservation of local built heritage. Collins was Civic Historian, member of the Landmarks Commission and the Heritage Advisory Committee. 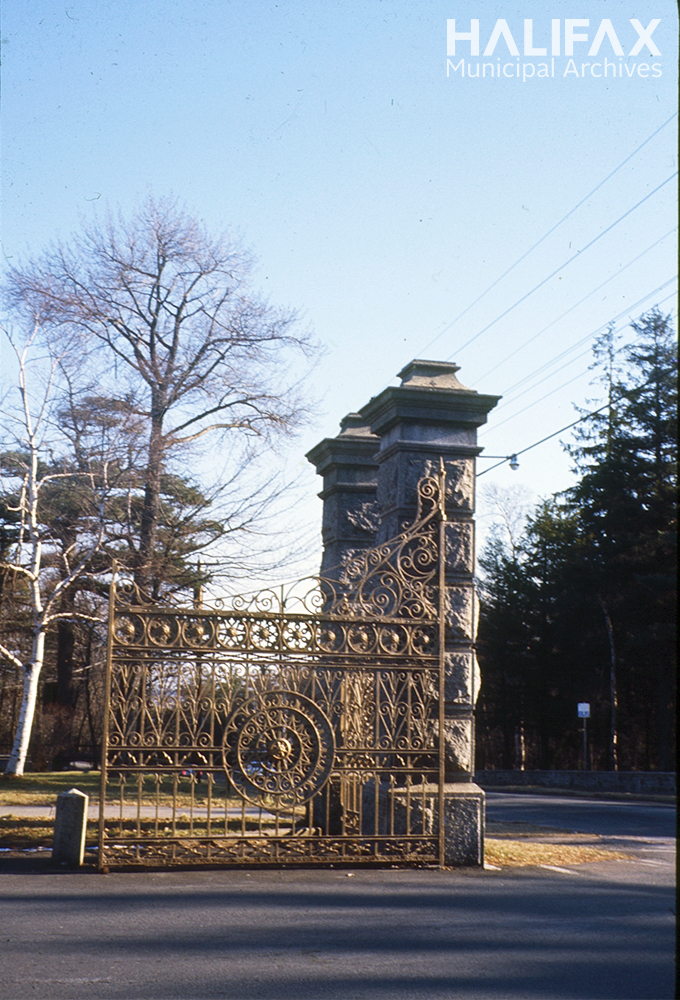 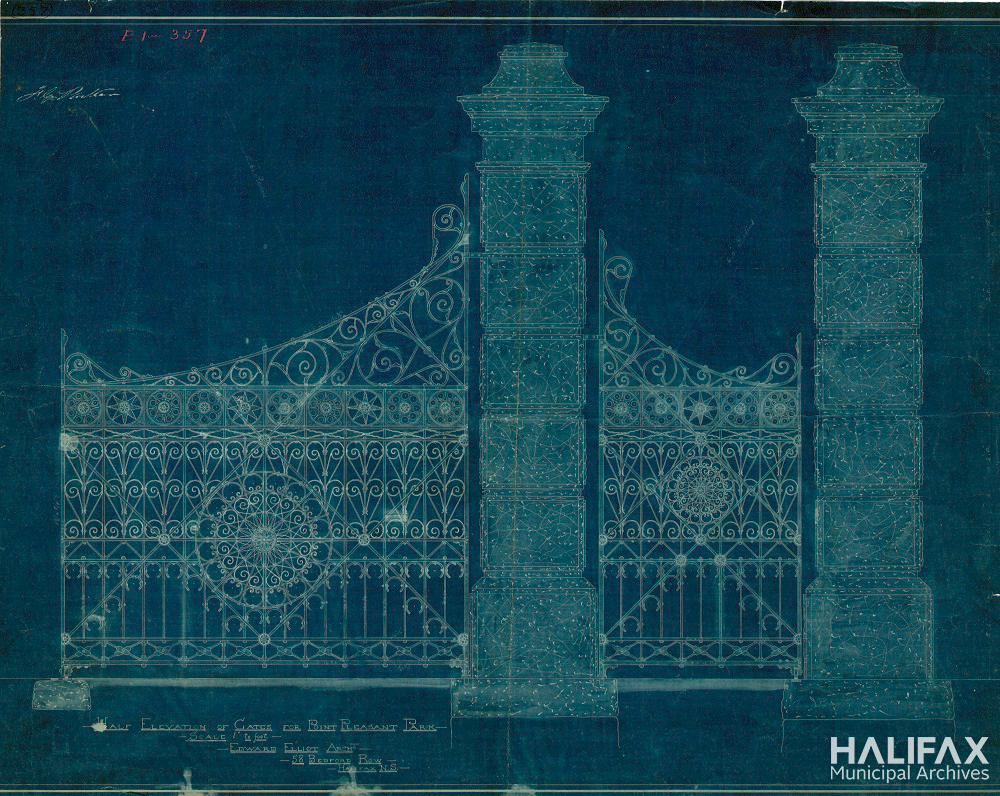 City of Halifax Engineering and Works maps and plans (102-39P)

The City Engineer's Office, later the Engineering and Works Department was the central filing area for all maps or plans used by any City department.  Among the thousands of drawings stored at the Archives are these that show the Park.  Only a few have been digitized, but just put in a request and that can be done! 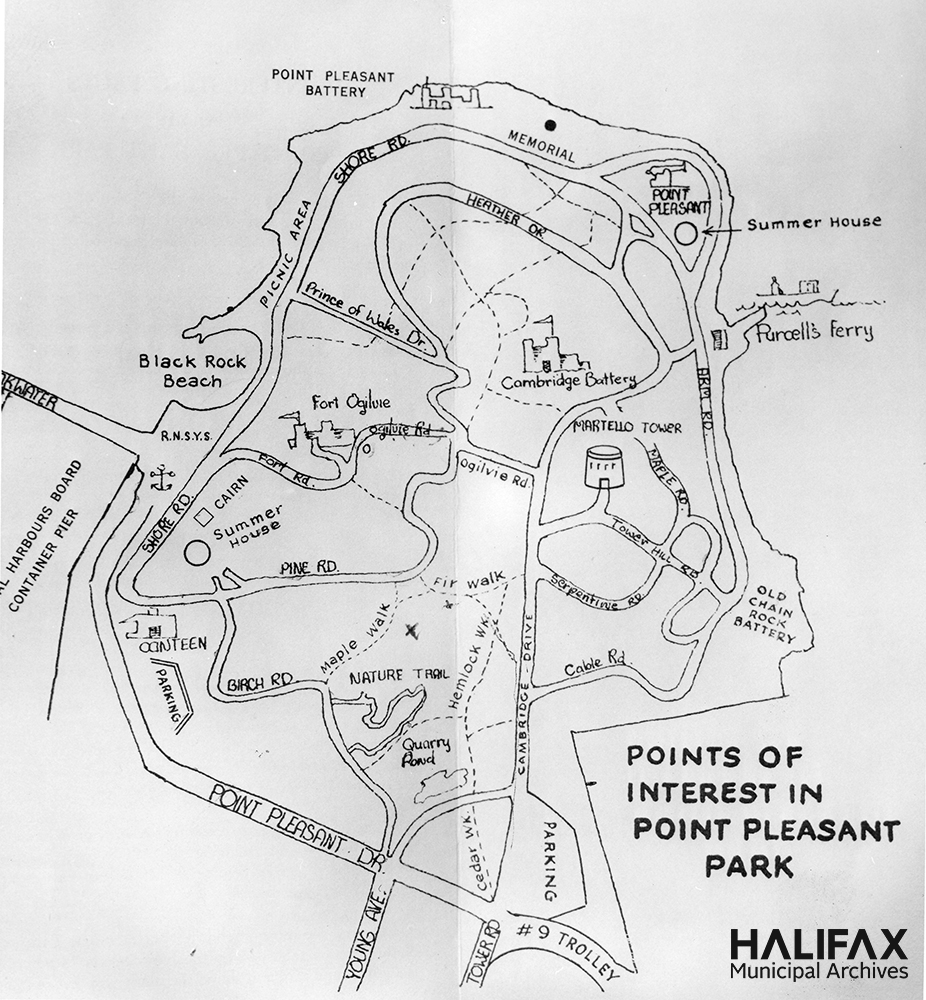 The Municipal Archives has municipal artifacts, often gifts to Halifax Regional Municipality or the pre-amalgamation municipalities. 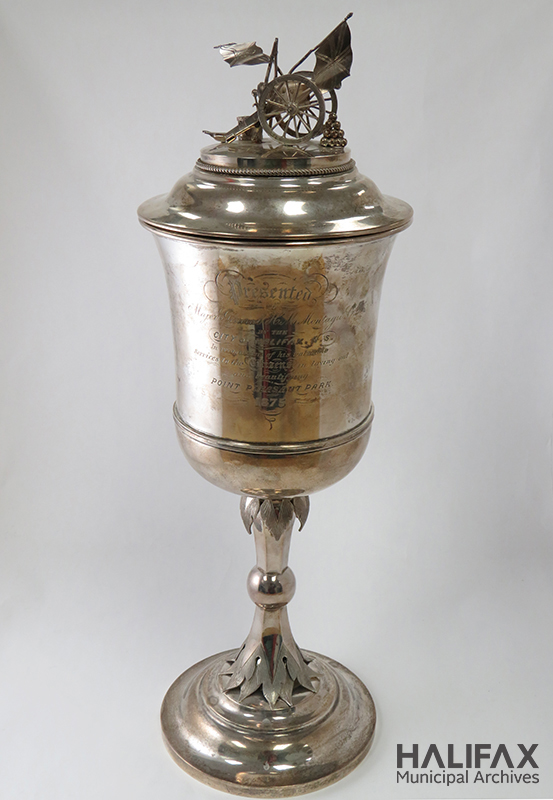 This silver chalice with a lid is engraved: "Presented to Major General H.M. Montague C.B., by the City of Halifax, N.S. In recognition of his valuable services to the citizens in laying out and beautifying Point Pleasant Park. 1875." 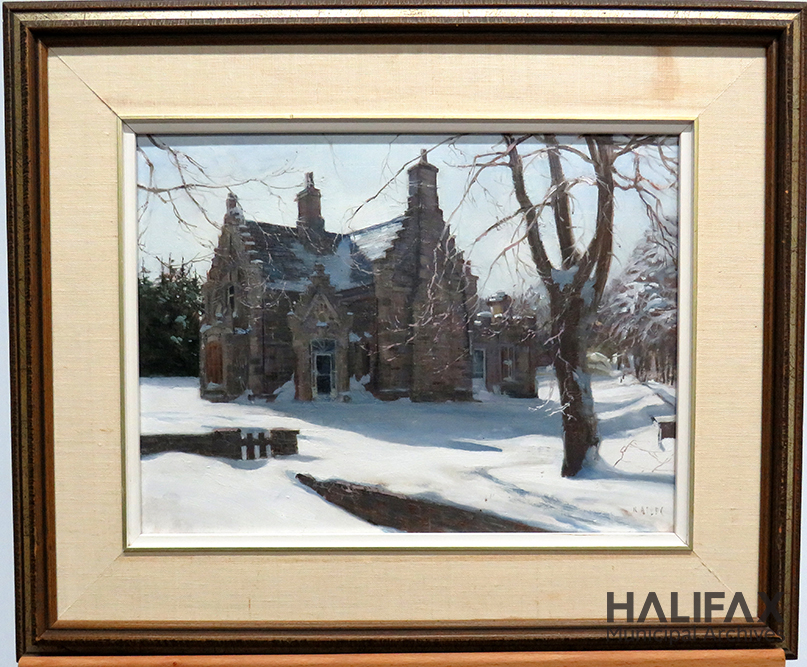 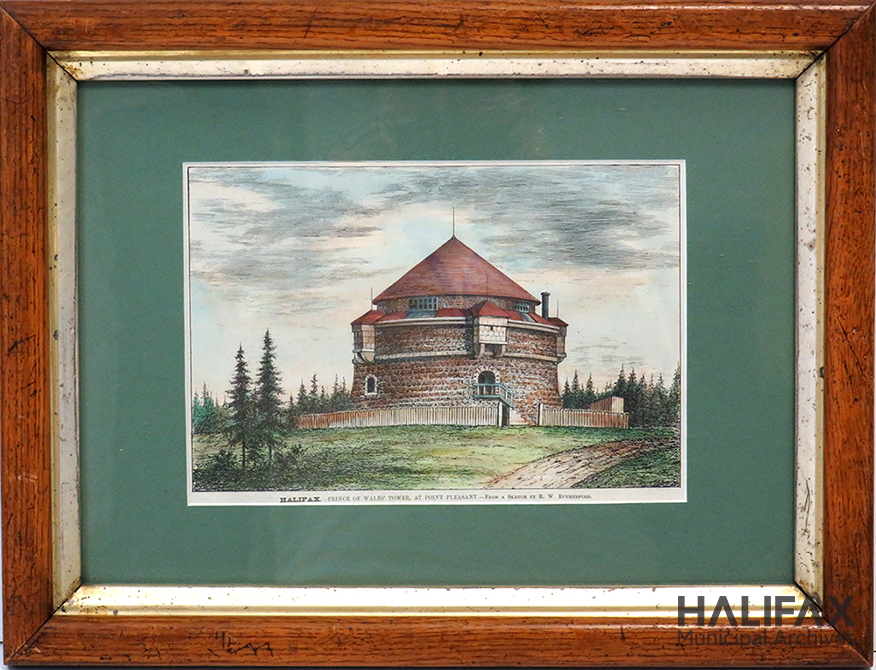 This engraving of the Prince of Wales Tower in Point Pleasant Park, sketched by R.W. Rutherford, depicts the tower in an earlier time when its roof was still intact. The engraving is framed in a wooden and gold-coloured frame with a green mat.

The Municipal Archives has a number of secondary sources about Point Pleasant Park in our Reference Collection:

Dalhousie University Archives holds some records by or relating to Sir William Young, who was instrumental in negotiating the land lease for the park.